Is All Hope Lost for India in Afghanistan? 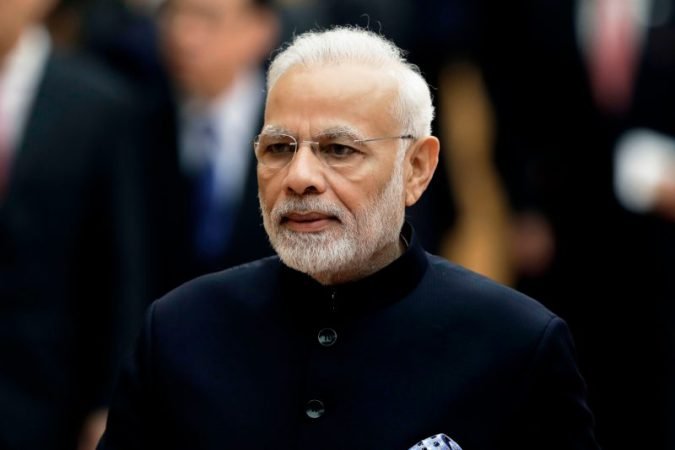 After implicitly fighting 20 one-year long wars, the United States (US) has decided to end its military mission in Afghanistan by 31st August 2021, a further revised deadline. The Biden Administration is going ahead with this arbitrary withdrawal schedule despite the contrary advices of the current and former military officials. This is bound to create a power vacuum which the regional players like will try to fulfil desperately, given that Afghanistan is a prized catch due to its strategic location and resources.

Over the years and particularly from 2020, the Taliban has turned out to be the force to reckon with, scoring quick successes in efforts to establish military superiority on ground. It has made huge territorial gains and the announcement of the US has given its leadership and fighters an ultra high moral boost. This can be gauged from the fact that the Taliban is neither putting a stop on violence against the ordinary Afghans, nor is giving any indication that it wants to share power with other domestic stakeholders. It has become a militia in ‘grab-it-all’ mode.

These new dynamics have complicated India’s strategic calculations which will undoubtedly have tremendous security and humanitarian implications. It is only under the shadow of the US armed forces that India has been able to reasonably secure its interests and also deliver the demand-driven developmental projects for the local population. The withdrawal of the US forces and the consolidation of the Taliban’s gains is a double jeopardy for India. This is accompanied by the growing convergence in the national interests of Pakistan, China, and Russia. Many commentators have been pessimistic about the future of Indian power position in Afghanistan and have asked to brace for the negative outcomes. However, there are three important ways in which India can still be able to exercise some leverage in the regional affairs even as the Taliban is on the verge of dislodging the national government to be successful in establishing an Islamic Emirate instead of an Islamic Republic.

First is the Taliban’s hunger for autonomy in deciding the future trajectory of Afghanistan. This means that it will have to resist the efforts of Pakistan- China- Russia (PCR) troika to steer the Afghan polity. Though Pakistan has emerged as the strongest regional power among those having a say in Afghanistan peace process and Doha talks, it remains insecure about how the Taliban will behave once in power. The Taliban is dependent on the Pakistani ‘deep state’ for arms and political support but its growing financial and military strength can turn the tables around making it ‘impervious’ to pressures. Also, the Taliban will not like to make the mistake of depending too much on the other states as it did while during the previous stint in power. It now has greater exposure to the world of inter-state politics and diplomacy which will help it to find feet in the choppy waters of geopolitics. To keep a check on growing demands and assertiveness of PCR, it can occasionally court India to keep a check on their demands. It may give feelers to New Delhi initially to showcase and consolidate its new found strength and autonomy. In such a scenario, India should not bring in between its moral hesitations to enter in a sort of modus-vivendi with the Taliban because India will have to accept the reality of a Taliban-led government sooner or later. In this regard, Iran offers an important lesson to India i.e. to find a common interest with the Taliban. If the Taliban comes to power, it might need the political support of the US sooner or later, where India can exercise leverage. Therefore, a direct diplomatic contact with the Taliban will actually provide India a leeway to protect its security interests and nudge the Taliban to not to reverse the socio-economic gains made over the years. Such sustained arrangement over a period of time can lay the grounds for India’s ability to protect the rights of women, children, and minorities and to continue creating developmental assets. Even if the Taliban does not reach out to India, it is in India’s interest to make moves from her side first once the Taliban is formally in power.

Second is the requirement and ability of the US to collect intelligence emanating from this region. Because of a ‘not so honourable exit’ combined with military fatigue and financial weariness, the US might resist the temptations of having a very active engagement on Afghan affairs initially. However, as this region is extremely important for the larger global security, the US will continue deploying and maintaining its intelligence assets in the region. Multiple reports have suggested that the US is in talks with Pakistan to secure such base on its territory. However, it is yet to be seen whether Pakistan will be willing to accept this as the Taliban has time and again made it clear that it does not want any presence of the West in Afghanistan and in the neighbourhood. Going forward, for India, close and intense cooperation with the US administration and intelligence establishment over Afghanistan is probably the best hedging option in case its own direct efforts do not yield any significant results. Given the Taliban’s desire to promote Islamic fundamentalism, there is a high probability that the Taliban and Pakistan might start collaborating to stoke insurgency in Jammu and Kashmir by providing a breeding ground for militants, the US intelligence capabilities can provide Indian agencies critical information and preparatory time to deter and defend against future contingencies in the region. In the long run, the US will find it hard to stay away from the scene and not play an active role in the region. India also needs to keep in mind that even Russia and China would not want the strengthening of Islamic fundamentalism in the region.

Finally, the return of the Taliban government can in many ways be similar to the 1990s for the domestic Afghan politics. This means that India needs to reinvigorate its contacts with the anti-Taliban factions of Afghanistan. Though, this time, the assistance of Russia might either be absent or be conditional to the India-US equation. India’s support will be crucial if a viable multiethnic coalition of minorities needs to be established to put pressure on the Taliban for power-sharing. The recent flurry of visits between New Delhi and Kabul and the Indian foreign minister’s visit to Iran signals that this option is being worked upon. In case a situation of civil war arises, India should be ready to assist Afghan Armed Forces and the local warlords with money and muscle (inventory support) power.

Since the last year, it was becoming clearer day by day that the Taliban is gaining edge in the armed conflict as well as in the negotiations, while the US was looking for an exit opportunity. Despite this, India’s attitude and response to these rapidly changing geopolitical equations has been lackadaisical and inconsistent. Any country that aspires to be a leading power on the global stage needs to exercise what John Chipman calls as ‘fast power’- the ability of a country to undertake swift diplomatic manoeuvres in an increasingly complex and fast-changing world. This will first require India to give up its idealistic moral self-image and take a more realistic view of the situation. However, as Rajesh Rajagopalan commented, the dogmas of Delhi are not that easy to shake.