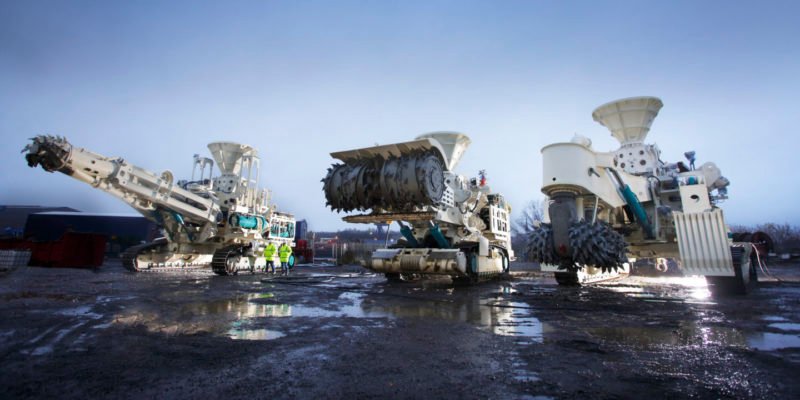 China is likely to become the first country in the world to start mining seabed minerals if the international rules for exploitation are approved next year, the head of the International Seabed Authority (ISA) said.

The quest for exploiting seabed minerals, such as polymetallic nodules containing nickel, copper, cobalt and manganese is driven by demand for smartphones and electric car batteries, and the need to diversify supply.

The ISA has already signed 30 contracts with governments, research institutions and commercial entities for the exploration phase, with China holding the most, five contracts.

The body, which was established to manage the seabed resources by the United Nations Convention on the Law of the Sea (UNCLOS), is aiming to adopt seabed mineral exploitation rules by July 2020.

There is also interest from European countries including Belgium, Britain, Germany and Poland, as well as from the Middle East.

However, no one has yet demonstrated that deep-sea mining can be cost-effective and some non-governmental organizations have questioned whether it would be possible to reach a deal on exploitation rules next year.

Deep-sea mining risks to lead to irreversible and significant environmental impacts, scientists are warning. Luckily, there is a way out: much more careful and efficient use of metals would make deep-sea mining obsolete.

The growing global demand for metals for use in mobile phones and renewable energy technologies is rapidly increasing the commercial interest in deep-sea mining. Security of supply is also an important factor: many land reserves for metals are in countries with difficult regimes.

In international waters, deep-sea mining is governed by the International Seabed Authority, which issues exploration and exploitation licenses. Actual mining has not started yet: environmental regulation is still in the making. In the meantime, already over a million square kilometres is licenced for exploration in the Pacific, Indian and Atlantic Oceans.

At the EU level, deep-sea mining is a priority sector of the blue growth strategy and is also part of the European Innovation Partnerships on Raw Materials.

Intrinsically linked to the exploitation of non-renewable resources, deep-sea mining also conflicts with the UN Sustainable Development Goal 12 on sustainable consumption and production and the EU’s circular economy ambitions.

Seas At Risk, therefore, advocates sustainable alternatives to deep-sea mining, such as a reduction in the demand for mineral resources through a circular economy, a transition to smart energy and mobility systems, and structural changes in consumption patterns and lifestyles.

In July, Greenpeace called for an immediate moratorium on deep-sea mining to learn more about its potential impact on deep-sea ecosystems, but the ISA has rejected such a proposal.