Betrayed by the West: The fate of the Kurds 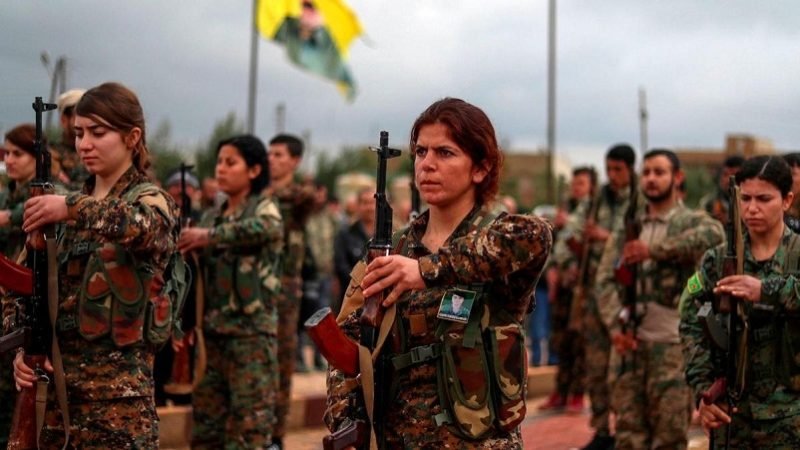 The Kurds & the Kurdistan Movement

Kurds are an Iranian ethnic group of people who are native to the mountainous areas of West Asia, spread across four different nation-states namely Turkey, Iran, Syria and Iraq. While the majority of the Kurds are followers of Sunni Islam, small proportions of Kurdish society also follow Zoroastrianism, Yazidism, Christianity etc. The population of the Kurds worldwide is estimated to be around 40 million with close to 20 million in Turkey, 8 million in Iran, 5 million in Iraq and 3 million in Syria.

The emergence of Kurdish political identity and the notion of self-determination dates back to the days of the Ottoman Empire during the late 19th century, under the leadership of Sheikh Ubeidullah. During the First World War (WW1), the Kurdish nationalists sided with the British while the Kurdish tribes overwhelmingly fought for the Ottoman Empire. The human costs of the war for the Kurdish community were immense and Western powers specifically the United Kingdom promised the nationalist Kurds of an autonomous territory and independence in the lead up to the Treaty of Sevres. However, Mustafa Kemal Ataturk’s intervention led to change in British policy vis a vis Kurds who were eventually not granted the promised autonomy and instead the Kurdish territory was split between Turkey, French Syria, British Iraq and Persia following the Treaty of Lausanne.

The conflict continues till today with the Kurds seeking autonomous status for the regions they inhabit and have routinely involved themselves in the insurgency in Turkey, Iraq as well as in Syria. The Partiya Karkeren Kurdistane (PKK) or the Kurdish People’s Party is a militant political organization within Turkey which seeks to create an autonomous state for the Kurds residing in Turkey. It is designated as a terrorist organization by Turkey, the United States of America, The European Union and Japan. The Kurdish fight for an autonomous status in Syria is carried out by the Syrian Democratic Forces (SDF) which is led by the People’s Protection Units (YPG). Kurds currently control the North Eastern territory within Syria, beyond the Euphrates River and the YPG operating out of these areas has historical links with the PKK.

The ongoing Syrian Civil war has its roots in the wider uprising in the Arab world termed as the Arab Spring. Bashar al Assad, the heir apparent to the President took to office in 2000 upon the death of his father Hafez al Assad who rose to power in 1971. Bashar al Assad a Western-educated doctor initially promised a democratic transition of the Syrian polity, however, could not manage any palpable change which led to protests all across Syria. The Assad regime violently cracked down the protests that supported his removal from the presidency, leading to major unrest involving various anti-establishment entities in Syria’s biggest cities of Aleppo and Damascus and led to the initiation of a civil war. The main internal belligerents of the war were the SDF (including Kurd and Arabs), Salafist Jihadi groups like Al Nura Front and Da’esh, the most brutal of Islamic terror organizations that emerged in the power vacuum created in Iraq post the ouster of Saddam Hussein by American intervention on the pretext of his regime using chemical weapons on its own citizens.

At this juncture, it is important to highlight the geostrategic importance of Syria’s location which makes it a bone of contention for foreign powers in the immediate neighbourhood as well as for powers like USA and Russia.

Russia is Syria’s most important ally and by virtue of this hosts Russian air force and naval bases in Khmemim, Shairat and Tartus respectively. Syria offers the only point of access for Moscow in the Mediterranean in a neighbourhood surrounded by NATO military bases. Moscow views the Assad regime as friendly and has come to the defence of the Syrian President on several occasions in the past especially when criticized by Western powers. The presence of the military bases is of utmost importance to Russia and has involved itself several times in the past to protect Syria and the regime from various threats. Another angle that strengthens this strategic alliance is the regime’s amicable relations with Tehran. Syria is often referred to as Iran’s “closest ally” despite ideological differences with the former vouching for an Arab nationalistic identity led by the secular Ba’ath Party while the latter the Islamic Republic advocating for a pan-Islamist policy.

US-led intervention in Syria started in 2014 along with NATO allies providing support to the Syrian opposition forces including the Free Syrian Army as well as to the anti-regime Kurds and Arabs under the umbrella of SDF located in the de-facto autonomous region of Rojava. The involvement of the American led coalition has resulted in the complication of the issue further. This is due to the conflicting interests of the American led coalition who sought to oust Assad in a regime change operation but also sought to defeat Da’esh. The coalition selectively empowered both the Da’esh and the SDF in attempts to overthrow the Assad regime, notwithstanding the fact that Kurds and Da’esh were adversarial to each other. American support to Da’esh in anti-regime operations eventually prompted the involvement of Russia who viewed this as a threat to their own interests in the region as well as a matter of concern for its own internal security. Moscow’s airstrikes on Da’esh camps were a major factor in weakening the organization but also provided an opportunity for the Syrian government’s military establishment to arrest these terrorists in large numbers.

The Kurds on the other hand, formed the principal fighters supported by the American led coalition to defeat the Da’esh caliphate as well as the Assad regime. Kurdish militias under the SDF lost more than 11000 fighters in the process of waging a war against the terrorist organization of Da’esh. The Obama administration and subsequently the Trump administration both struck deals with the Kurds and provided logistics support. Empowering the Kurdish militias and American logistical support to them did not go down well with Turkey’s leadership leading to prolonged tensions between the two NATO allies.

The Astana Peace Process (APP) aimed at terminating the conflict in Syria was initiated in January 2017 by Russia, Syrian allies, Turkey and Iran in Astana, Kazakhstan. The aim of the APP was to sideline the USA from the peacebuilding efforts in Syria. In May 2017, Russia mooted the idea of de-escalation zones with the aim of restricting the Syrian army and the rebels from involving in direct armed conflict. However, military action primarily by the Syrian government forces backed by Russia through heave bombardment against the rebels led to the recapture of three of the demilitarized zones except Idlib.

The Da’esh was almost entirely decimated by mid-2019 and USA’s efforts to overthrow the Assad regime by backing the Kurdish rebels have reached a cul de sac with the realization that the Syrian Arab armed forces with support from Russia have won the battle. As a face-saving exit strategy President Trump at the behest of Erdogan, advocated for the creation of 32 kilometres wide and 460 kilometres long safe zone along the Turkey and Syria border as a buffer to avoid any future cross border terror activities by Kurdish fighters as well as to resettle refugees.

Latest Turkish attack on the Kurds

Since close to a quarter of the Syrian territory is under Kurdish occupation including most of the border areas with Turkey, Ankara fears for its internal security and is wary of PKK gaining support from across the border from organizations like the YPG to carry out terror attacks. Turkey saw an opportunity in Trump’s decision to withdraw American troops to invade Syria in a tactical move named “Operation Peace Spring” to fight the Kurdish forces that Ankara viewed as a threat. The one-time American allies during the war against Da’esh were yet again abandoned and left to their fate by the West just like almost a century ago in the aftermath of the WWI. This attack on the Kurdish rebel groups and the northern territories in Syria also led to the release of several Da’esh fighters who were previously captured. Observers point out at the possible return of Da’esh yet again in Syria and the escalation of the conflict.

The rapid evolution of the situation in a short span of time left the Kurds with no choice but approach their adversary in the form of Assad to broker a protection deal from the Turkish forces. The Syrian Army under Assad involved itself in a move to save the country’s territory from the Turkish invasion in support of the Kurds. The Kurds are currently caught in the crossfire between these two forces even as the American troops are prepared to leave. The Turkish attacks have also almost resulted in killing American forces, compelling Trump to negotiate for a ceasefire and a safe zone between the Turks and the Syrian forces along the border to ensure a smooth exit of the American troops. The talks concluded on Thursday between Pence and Erdogan with Ankara agreeing for 120-hour ceasefire for the withdrawal of the YPG from the safe zone as well as the complete termination of Operation Peace Spring after completion of the Syrian Army’s withdrawal. Meanwhile, Russia is currently in the process of ensuring that the tensions between the Turkish military and the Kurdish forces supported by the Syrian Army do not escalate.

Overall, even though the Syrian civil war seems to have reached a long-awaited end, a number of issues still plague the country. The release of the Da’esh fighters may ignite the civil conflict within Syria against the Kurds and the Assad regime yet again. Russia, Iran and the Assad regime can claim to be the victors in the almost a decade long internal civil conflict. Russian geostrategic interests are saved and Syria remains an important ally. In fact, some observers point out that the latest developments in Syria have been carefully coordinated and choreographed by all the state players involved with the end game of a peaceful face-saving American withdrawal as well as in preserving their own geopolitical interests. The fate of the Kurds is tied with the state players in the region and the issue regarding their autonomy in Syria is likely to have subsided as of today as they have signed a protection deal with the Assad regime. Turkey’s crackdown against the Kurds within its own territory may further result in many more casualties. It is yet to be seen how the situation evolves, however, as of now and in the near future, a situation of negative peace is likely to prevail.