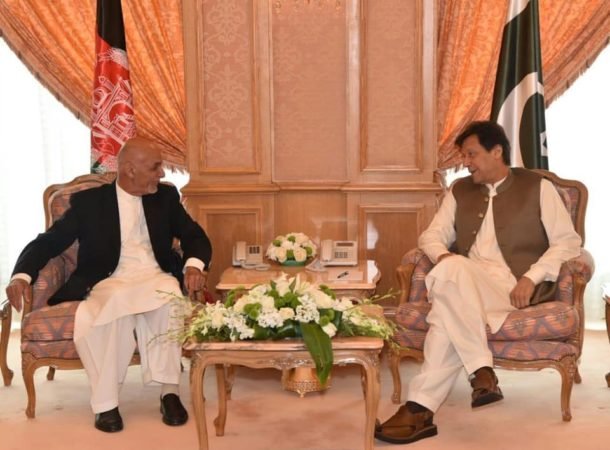 The continuity of blame game, taming militants and terrorists, the prevalence of mistrust, diminishing economic dependency, armed clashes at the borders, interference in internal affairs and pursuit of stringent policies have not and would not help any. Pakistan and Afghanistan desperately need to identify the past blunders, modify intercourse and introduce drastic changes in the interstate modus operandi.

Despite the numerous commonalities­­—religious, cultural, lingual and societal, both states have had a conflicting and problematic bilateral journey, largely owing to the unjust, faulty and unpragmatic policies and bitter legacy of the British colonialism. The British colonialists withdrew the region in hurry, blamed Afghanistan, leaving incomplete propositions­—dealing with demarcation treaties signed with the Durand Line treaty being prominent. The repudiation of the treaties of Britain Empire by the Afghan Loya Jirga, the traditional Legitimating Grand Assembly, cemented the uneasy foundation for future bilateral intercourse, each state supporting the nationalist and destabilizing armed expatriated movements to depose unwanted governments and to secure their interests. Tribal incursions and supporting the expatriated armed insurgents along armed conflicts at the border became the norm.

The soviet invasion and commencement of the Mujahideen insurgency to force the godless out of their homeland, turned the tables in favour of Pakistan, though at the cost of the Afghan refugees, Kalashnikov culture and the introduction of smuggling into Pakistani society with debilitating effects upon the Pakistani economy inflicted. Furthermore, the socio-politico changes of the 1990s, the absence of central authority and crumbling of National army brought the Taliban into power, inspiring Pakistan to pursue the dream of its late notorious military dictator; Policy of Strategic Depth. The situations did not unfold as planned by the Pakistani government for its intentions in Afghanistan. The subsequent ‘war on terror’ and the arrival of the U.S. into the South Asian theatre, disturbed the calculations and designs framed by the Pakistani foreign policymakers and military strategists. Pakistan, adjusting to the ever-changing environment embraced the deposed Taliban and offered them every kind of sanctuaries, logistics and expertise of strategic military operational planning to wear down the world’s mightiest military in their backyard, agitating the following Afghan governments.

Since ‘War on Terror’, the mutual relations have not been cordial and recently, though unfortunately, are at the lowest ebb. The lack of effective regulating mechanisms, blame game of harbouring the agents of terror and chaos, the growing influence of India − the arch-rival of Pakistan and the occasional outburst of violent clashes at the borders continue to undermine the relations. The quagmire forces us to answer the question of how to resolve the stalemate and what is the way forward?

Both brethren countries have various opportunities which, if dealt with honesty and strong intent, will drastically improve the troubled relations. There are undeniable realities which must be admitted and historical blunders that are not to be repeated- if the positive intention of the strained relations is to be cured.

The prime factor, which should be worked upon to realize this goal, is the existence of safe havens and sanctuaries for the Taliban insurgents, in Pakistan, which is fundamental and decisive in protracted guerilla warfare against the Afghan government. Pakistan needs to dismantle the Taliban Command structures on its soil and satiate the apprehensions of Afghan leadership about the rhetorically discarded Strategic Depth policy. In return, Afghanistan will have to bargain, sooner or later, on the formal recognition of the disputed Durand Line. Such a bargain can only be feasible if permanent unhindered transit access to sea routes is given, to landlocked Afghanistan, for trade motives. Furthermore, the malevolent afghan public opinion, towards Pakistan, can only be redressed in case of an end to the civilian carnage by Taliban insurgents. The fact can’t be ignored that with every suicide bomb explosion in urban areas, public eyebrows are directed towards the eastern neighbour.

The solution to the Afghan crisis rests only in a political settlement, especially negotiating with the Taliban to become stakeholders in the political process and Pakistan can be of huge help in this process. Pakistan can win the hearts and minds of millions of Afghans. Pakistan’s honest commitment can boost reshape its identity in public eyes as well as in the global community. In addition, Afghanistan must redress the Pakistani concerns and make sure her soil is not used by non-state actors against Pakistan.

Trade and economic interdependency refrain states from going into conflicts, the stringent border policies and frequent closure of borders have compelled the Afghan traders and importers to explore new markets. Pakistan was the most exporting, nearest and cheapest market to Afghanistan, though such hindrances have allowed Iran to take the lead. According to the published statistics, the Trade volume between Afghanistan and Pakistan, having a potential of $5.5 billion, has plummeted from $3.5 billion to $1.7 billion. One can fear that, unfortunately, it might spiral downward to a meagre amount, citing the ongoing frozen relations.

Pakistan can positively manage the millions of Afghan refugees living in Pakistan. Some solutions could be: the permanent integration of new generations or a respected withdrawal can be a boost for Pakistan’s reputation, as the new generations, born in Pakistan and not having been to their homeland think of Pakistan literally as their own Motherland. Pakistan can also contribute to Afghanistan’s infrastructure building, the way India has been doing by constructing hydro-electric dams, building Parliament, providing defence equipment and constructing homes for repatriating refugees. Pakistan can contest the Indian influence in their backyard by continuing to cooperate in the infrastructure sector. The recent inauguration of Muhammad Ali Jinnah Hospital in Kabul is promising, notwithstanding the asymmetry in economic prowess with rival India.

Moreover, enhanced Track Ⅱ diplomatic initiatives are vital for shaping perception. Pakistan should continue the scholarship endowments to Afghan students in the fields of science, technology, medicine and business. Students, having studied in the renowned Pakistani universities will return as Ambassadors for peace, prosperity and fraternity. Last but not least, we need to promote easy movement without stringent policies and discouraging hurdles. Both states can learn, in this regard, from the EU, Schengen and Gulf countries.

The recent transformation in Pakistani policy shift in regard to Afghanistan is something one can hope for better direction of bilateral ties. The Pakistani commitment in pressuring Taliban leadership to reach a settlement on the political front and the realization of investment in infrastructural and developmental projects, however, they don’t have to be precisely the megaprojects, is vital to winning the hearts and minds of Afghan populace as a way towards realization of cordial bilateral ties.

Samiullah Doorandesh is an Afghan refugee student, pursuing an undergraduate degree in School of Politics and International Relations at Quaid-i-Azam University. He can be reached at samiullah.doorandesh@gmail.com