US leaving Afghanistan in chaos, may be for vested interest 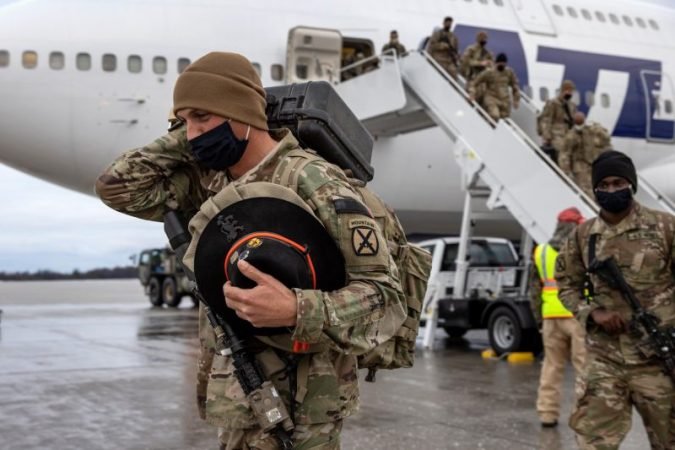 Difficult to digest that within a week of the Biden Administration’s open admission that the Taliban might capture Kabul within three months; the terror outfit could reach the Afghanistan capital which houses the country’s 12 percentage population and took over control of the same in four to five days. Taliban strength is 60 to 70 thousand fighters spread over the entire country of 38 million population in over massive 0.65 million sq KM. By the time Kabul’s takeover was complete, Taliban fighters have almost captured the landlocked nation’s other major cities and rural geography but Panjshir Valley.

Panjshir Valley is a small piece of land near Hindu Kush, strategically located 150 KM north of the capital, that dares to defy Islamist Taliban rule now, the same as the legendary war-lord and guerrilla fighter Ahmed Shah Massoud under the banner of Northern Alliance during the earlier phase of Taliban rule from 1996 to 2001.

In the meanwhile, First Vice President in deposed Ashraf Ghani government, Amrullah Saleh, an ethnic minority Tajik, former spy and native of the valley, has reached the valley and has announced that as per Afghanistan Constitution, he is the rightful ruler of the country post-flee of President though no ally of Ghani regime gave due importance to his statement. But, he is a force to reckon with along with his ally Panjshir Valley’s present de-facto ruler Ahmad Massoud, the son of Ahmed Shah Massoud.

Going further, it is also difficult to believe that three lakh the strong US and its allies trained and built Afghan National Army with modern war gears could surrender to 60-70 thousand Taliban within a month. And the US and NATO armies present in Afghanistan soil backed by USS Ronald Reagan in the north Arabia Sea -sailed to the region from her base in Japan to support Afghanistan evacuation- remain silent spectators.

Of course, with time, the truth will come out. But, in between, due to the above development, the lives lost, misery done to humanity and loss of the image of Super Power, which leads the democratic movement in the world, remain unrecovered forever.

Here, the world Super Power, which gives a lecture on liberal democratic values and human rights, should not forget that a country’s entire population for more than four decades suffers or paying price for none of their fault. The US cannot simply say ‘we cannot fight and die in a war that Afghan forces are not willing to fight for themselves and leave in mid-night when there are allegations, and in some cases, there are proofs of Pakistan -a former US ally in her so-called war against terrorism- provides moral and materials support to Taliban taking advantage of the porous border.

Where there is no internal strife? But, it is Afghanis who suffer for a generation. Afghan’s people are victims of external interferences. First, it was due to the USSR. After the collapse of the USSR, things would have been different if the US had not trained and equipped Pakistan ISI backed Mujahidin (now called Taliban) to fight the Red Army as part of the Cold War between two Super Powers, and after the collapse of the USSR if the US had not left a poisonous snake to rove free till 2001.

Now, President Biden says that ‘we did not go into Afghanistan to nation-building or establishing democracy’. “It has always been our decision to get those who had attacked us and we did it. We got Osama,” said the US President. Here, he is reminded that you were there to defeat Red Army. After the Red Army retreat, you left unconcern of poisonous snakes you built till the latter bite you in style and manner Americans never forget. Now, you are leaving the snakes much sophisticated but without loss of 1996-2001 instinct and with latest arms and ammunition, and above all, two formidable allies such as Russia and China, who are now at severe loggerhead with West, apart from their (Taliban) born dreaded ally Pakistan -having a dubious vested interest in the region- which waited for two decades for today’s moment.

Now, the entire Afghanistan and world are aghast of Taliban take over. While within Afghanistan there are pockets of resistance including in Panjshir Valley, there is a huge cry on the part of Afghanis to get out of their motherland which means the Taliban and its sponsor are not so popular in the country. They have taken over the country at gunpoint. The resistance could have been well exploited for building an orderly Afghanistan without a safe haven for terror. But, this was not done for reasons best known to Super Power. India shows the way through with a small investment compare to the West’s trillion dollars but is mocked. The goodwill India won has been reaped during the evacuation of its diplomats, security forces and citizens’ post-Taliban take over. So the question arises: Is there a vested interest on the part of West like Britain, a constituency of Western forces in Afghanistan, had when they left India pushing the region into chaos and bloodshed which haven’t yet subsided even after seven and half decades of self-rule?