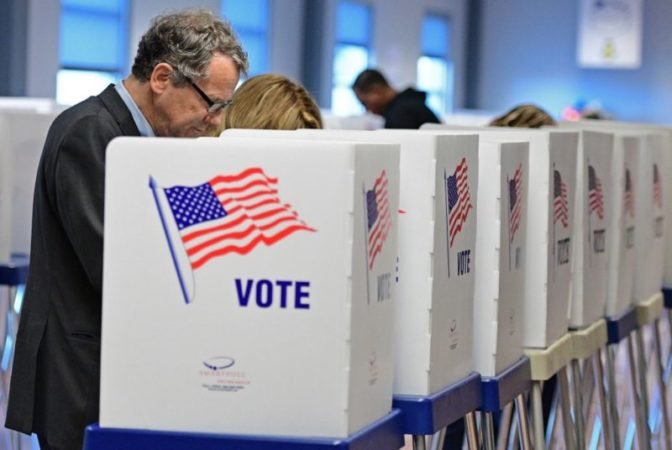 A statement from Joe Biden, the Democratic nominee, broached a new controversy during these trying times. Can President Trump postpone the Presidential elections due to COVID-19 pandemic containment? The answer is certain to most but authorities acceding on the same are not.

According to the 20th Amendment, the term of President and Vice President shall end on 20 January 2021 and for the same an election in November is essential. Although it’s true that any US President has never lost an election in wartime, President Trump has consistently claimed that he can do “whatever he wants” in the name of Commander-in-Chief.

This piece peruses three US Supreme Court decisions pertaining to the issue. This largely deals with three main questions: Can Trump suspend elections during an emergency? Would Trump pass a law in exigencies of COVID19, could he? and can Trump in any way affect States’ Electoral College? These cases will forge a blend of History and Legal aspects on the impugn issue.

In 1952, President Truman seized certain mills to end a strike that was adversely affecting US steel for almost one year. When the Secretary of State complied, the mills moved District Court which for the same, issued an injunction that was stayed by the Appellate Court.

Among other contentions, the Supreme Court had to decide the limitations of the powers of the President and draw a sharp line of the Separation of Powers. It was argued that the President is authorized by “the aggregate” of the powers under the Constitution with special reliance on Article II that vested in the President the powers to check the proper execution of the laws as the”Commander in chief of the Army and Navy of the United States.”

The government contended that the Commander in Chief is essentially possessed with “broad powers” to deal with situations like”threat of war”.

While deciding it for the mills, the Supreme Court added that “The Founders of this Nation entrusted the lawmaking power to the Congress alone in both good and bad times”. Thus, Congressional authority is different from Presidential authority and the President can not enforce the former.

Some fear that the President would impose an emergency to postpone an election. This too is not possible. The finding is a celebrated verdict dating back to the American Civil War.

Three people including Milligan were arrested and sentenced to death by a Military Court during the American Civil War. In the appeal, the Supreme Court stayed the order by calling the trial “unconstitutional”. It was decided that while civilian courts are functioning, the presidentially created military commissions can not try the civilians. It added that “Martial law does not suspend the Constitution.”

The deliberations on the President stopping people from “certain states” to cast votes by pretending precautionary measures are palpable. The Constitution gives all States the power to choose their Electoral College. Normally, the power is exercised by the people but if the legislature recalls it and chooses its electors itself, the democracy shall do nothing but cry; and unfortunately, this is constitutionally permissible.

The contention that, should there be gubernatorial intervention or not, was up to an extent addressed in the Arizona case.

The legislature of Arizona was the sole authority to redistricting the state. In 2000, the people of Arizona with a Proposition transferred this power to an Independent Redistricting Commission (IRC). IRC then redrew a map of Arizona which was challenged by the State on grounds of violation of federal structure.

The contention was whether the word “legislature” in Arizona’s constitution includes a representative body or a legislative process. The majority of five affirmed the proposition that it refers to a process.  In his “devastating dissent,” Chief Justice Roberts asserted that the “word “legislature” should be read to mean “representative body,” which is consistent with other uses of the word in the federal Constitution..”.

The case foreshadowed that if an impasse occurs, the legislative process is necessary thereby an ordinary legislation, naturally including the Governor, shall serve the purpose. This “Governor card” then become a deciding factor in States like

Pennsylvania and Vermont where Governors and legislatures relate to different parties.

This is, however, not as easy as it looks. The denial of the Right to Vote shall tantamount to the death of Democracy.