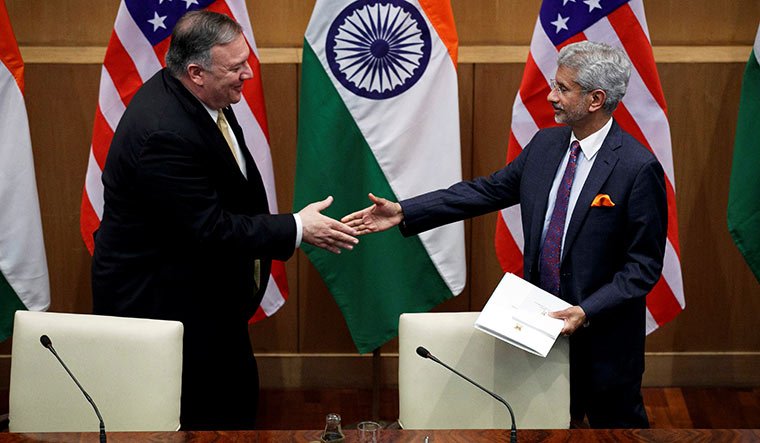 This piece is in response to a recently published paper by the distinguished fellow at Brookings India, Shivshankar Menon, titled “India’s Foreign Affairs Strategy”, published in the Brookings India ‘Impact Series.’ In the paper Menon argues that the world around India has changed fundamentally due to the shift in the economic balance of power towards Asian countries, China seeking primacy in a US-dominated world, rising security threat from terrorism, rise in social violence coupled by the wave of nationalist and populist leaders and thus he argues that India needs to adjust its policies to the new realities. He identifies China’s rise as the foremost challenge that could derail India’s quest.  As a response to the rising Chinese threat, he eschews alliance with the United States, on the contrary, he prescribes strategic autonomy as the best way forward for India. He gives three policy tools to handle China: Internal balancing, bilateral engagement and regional balancing.

In his piece, Menon correctly points out that China is the biggest security challenge for India, parts of which are already visible in the skirmishes in the South China Sea and China’s presence in the outskirts of the Indian Ocean. But I am not fully convinced with his argument that striving for strategic autonomy is the best possible foreign policy option for India. I am sceptical of Menon’s argument for the simple reason that he doesn’t provide any convincing argument to explain why strategic autonomy is a better policy option than balancing with the USA. I head forward in this piece with the argument that balancing with the United States is the most pragmatic option for India. It is worth noting that the alignment that India pursues would not necessarily be a formal military alliance. Though such options are open for India if it demands so to enhance its security. The relationship I propose will be grounded in deep strategic cooperation, economic and technological ties, targeted against a common enemy. Indeed, the all-weather alliance of Pakistan and China is not grounded on formal papers but common security interests.

In this article, I start with a bit of theoretical background, proposing why do states balance against a rising threat and explaining why China is an imminent threat to India, next I provide counter-arguments to the policy options provided by Menon and at last, I propose arguments to explain why balancing or bandwagoning is a desirable and pragmatic choice for India.

Why Do States Balance?

Balance of Power theory put forward in the Waltzian notion of structural neorealism is the bedrock of international politics. The International system is anarchical and there is no central authority to offer protection to individual states. Since states perceive power competition as a zero-sum game; when one state attempts to become dominant others feel threatened. According to the Balance of power theory, threatened states will form a defensive coalition; acquire military capabilities through internal or external means to constrain the rising power. Critics may argue that China is not a revisionist state and has no intention to play aggressively. But as John Mearsheimer points out in The Tragedy of Great Power Politics that states can never be certain about other states intention’s thus great power balance against capabilities, not intentions.

China: A new Dragon in the room

Structurally speaking, the preponderant power of China and the expanding Indian interests as its economic and diplomatic clout grows is itself a cause of strain and rivalry among the two Asian great powers. China poses a direct military threat to India, in light of major border disputes in the western and eastern sector and minor ones in the central sector. Further, Beijing enjoys influence in major International organisations like UNSC and NSG and has time and again proved to be an obstacle to Indian foreign policy ambitions. China’s engagement with Pakistan and its willingness to play the role of an external balancer against Delhi is a major threat to India in the region. Further, China’s growing profile in South Asia is contrary to Indian interests in what India believes to be its sphere of influence. Lastly, China’s increasing economic profile allows it to play against Indian economic interests.

Shivshankar Menon argues that since no other country shares India’s precise set of interests, thus India should reserve its material powers for its national interest and strive for strategic autonomy or what was called non-alignment in the past. Indeed, the rationale behind why the U.S. wants to balance China and why India wants are completely different, but such differences are unimportant in practical terms because what matters is that both India and the United States have sufficient incentive to counter China’s power and both are willing to do so. As it is evident in the recent military, logistics and technology agreements signed between India and U.S.

The argument that strategic cooperation with the U.S. would lead to entrapment is futile as argued by Abhijnan Rej and Rahul Sagar in “The BJP and Indian Grand Strategy”. According to them, Modi has been playing cautiously at critical junctions when it comes to the United States, shrewdly prioritising national interests over putative U.S. concerns as evident in Chabahar port, S-400 Triumf anti-aircraft missile system deal with Russia and reluctance to put a military footprint in Afghanistan, despite continuous insistence from the United States.

Anathema with alignment is not new to India. In the initial years after India’s independence it was merely a cover for weakness, that weak powers use, to carve out some space for themselves in the International System, as argued by Pratap Bhanu Mehta. C. Raja Mohan argues that critics of alignment misunderstand non-alignment, as well as the nature of its realpolitik. He points out that “India has not had difficulty entering into alliances when its interest so demanded.” Further Tanvi Madan argues that nonalignment is not equal to no alignment. She points out two instances when India did align, with the United States in 1962-63 and the Soviet Union in 1971. Thus keeping in mind the current strategic and security challenges that India faces from China, nonalignment is a suicidal option. Rajesh Rajagopalan correctly points out that nonalignment is not a feasible option for countries that face significant security threats that cannot be countered by internal balancing alone. Further nonalignment during the cold war, even if rhetorical, was operating in a completely different security environment with great powers present far away from Indian borders. We don’t have such luxury in the case of China.

Menon proposes three foreign policy options for India that will enhance India’s security without compromising its strategic autonomy: internal balancing, bilateral engagement and regional balancing. I argue that these options are attractive at first sight but are not feasible given the limited material and latent capability of India and that of its regional partners. Taking one at a time, I provide my counter-arguments against each.

Internal balancing is not a feasible option for India for the simple reason that India does not have sufficient military capability to counter China on its own. China fields almost twice as much modern combat aircraft as India and nearly three times as many major surface combat vessels and submarines. Further, China has a huge latent power capability reserve in its highly trained human resource, economic and technological base. But anyways building up India’s domestic capabilities would always be a priority for New Delhi even if it adopts any other strategic choice.

India has been bilaterally and multilaterally engaging with China from Wuhan to Mamallapuram, from BRICS to SCO and from United Nations to other International Institutions. Realistically speaking cooperation is sometimes difficult to achieve and always difficult to sustain. Since states always worry about relative gains and cheating. Sanjaya Baru argues that engagement has not been able to solve the two major trust deficits between India and China: China’s closer ties with Pakistan and widening trade deficit.

Regional balancing with partners such as Australia, Japan, Vietnam, Singapore, Indonesia and Malaysia is important but not sufficient because China is too strong already for regional powers to balance against it. Further, these countries are geographically distant from India and Mearsheimer’s concept of stopping power of water comes into play. Further, there is always a possibility of India getting entangled in the territorial and water disputes of these countries.

Having made it clear that internal balancing, bilateral engagement and regional balancing are not adequate policy choices; I put forward my argument that given the current balance of power imbalance in Asia, India’s strategic interests would likely be best served by a closer alignment with the United States.

Balancing or Bandwagoning with the United States:

The most fundamental reason for a closer alignment with the United States is that it would help India balance China, since, no other single country or even a combination of them can provide India with this benefit. The United States is the world’s preponderant unipolar power and has remained so for almost three decades, it commands the global commons; it wants to balance against China and is willing to partner with India. Its willingness is evident since the US unilaterally tweaked the global norms to end India’s status of a nuclear pariah by signing the civil nuclear agreement in 2008; the US-India joint strategic vision for the Asia-Pacific and Indian ocean region; military, logistic and technology transfer agreements like GSOMIA, LEMOA and COMCASA.

Critics would argue that the US might turn oppressive in future but a distant great power is much more preferable to a local power because greater distance makes them less of a threat. Further, the United States can advance Indian interests in the multilateral forums. A closer engagement with the United States is not something new but will be a continuation of a general trend that has been visible in the Indian strategy over the last two decades.

Menon argues that the Doklam standoff in 2017 was an example of US reluctance to throw its support behind India. Robert Farley wrote an article in The Diplomat in which he argued that there were good reasons why the US resisted. The most important reason is that though Doklam had security implications for India, it was necessarily a Bhutanese problem and India had its reasons to help Bhutan as argued by Sumit Ganguly and S Paul Kapur in an article published in Foreign Policy. India was playing the role of a big brother and wouldn’t itself have liked the intervention of the big daddy.

India- US partnership was not made in heaven but is driven by a similar perception of threat and willingness to act together to counter that threat. Thus, my argument is based on the current balance of power, if China overtakes the United States as the world’s most powerful nation or if China weakens and the US would no longer perceive China as a threat, the balance of power will change and hence, the strategy has to change. But in the current circumstances, closer engagement with the United States is the only effective strategy to secure its interests and protect its security.

(For the comprehensive reading of the balancing strategies available for India view Rajesh Rajagopalan’s piece published in Carnegie India, titled “India’s strategic choices: China and the Balance of power in Asia”)

Abhishek Saxena is Studying M. A. in Politics (with specialisation in International studies) at School of International Studies, Jawaharlal Nehru University, New Delhi