Kashmir and the Communication Blackout 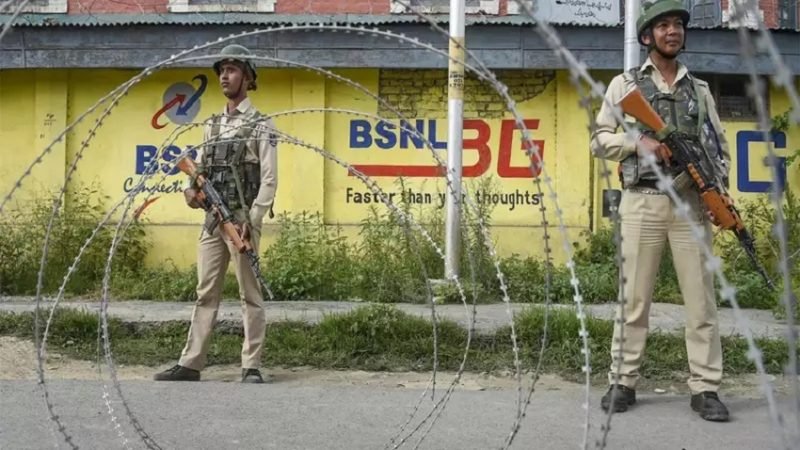 It has been more than a month since the Indian Government shut down the internet and mobile phone services in the Indian state of Jammu & Kashmir. People are not able to communicate with their family members and friends. Those living outside of Kashmir have been desperate for news of their loved ones. The abrogation of Article 370 from the valley may have this black side as well. Government is of the view that this will become one of the significant decision to end terrorism.

According to authorities the restrictions in the valley are very much necessary to prevent the spread of false or incendiary information that could cause violent protests throughout. However, International Human Rights Law prohibits broad, indiscriminate, and indefinite restrictions on fundamental freedoms, one including the right to have freedom of expression and to provide and receive information.

United Nations Human Rights Council too has passed a non-binding resolution in 2016 condemning countries that intentionally disrupt citizens’ internet access. The resolution builds on the UN’s previous statements on digital rights, reaffirming the organization’s stance that “the same rights people have offline must also be protected online.”

The restrictions on the internet are provoking anger, causing economic harm, and fueling rumours all around. Without the internet, one needs to rely on more traditional forms of communication, including word of mouth or the use of landline phones which are only placed in the government offices in J&K.

The internet shutdown is depriving the normal life of people who depend on mobile messaging apps or email access to their livelihood. Traders cannot place or receive orders, tour operators cannot operate through their websites, students cannot complete course work, and journalists cannot file reports. This is the 51st time in 2019 that access to the internet has been suspended in Kashmir, according to internet tracking website www.internetshutdowns.in. Last year, there were 65 shutdowns and 176 over the past eight years.

Government has also given various reasons regarding this shutdown. Fake news or legitimate news travels slower with the absence of social media updates and news notifications and there is an appearance of peace and calm in the region. Social media have fueled rumours leading to violence in Kashmir in the past. Authorities say that the current restrictions have saved many lives.

Many people across social media outside of Kashmir are using a red dot as a symbol of solidarity and resistance, and several such accounts which have been allegedly found spreading rumours have apparently been reported and are even taken down.

The suspension of the internet affects the organized groups that are systematically working to create unrest and protest in Kashmir. The shutdown of internet services may have served the government’s short need to maintain peace in the valley but the longer-term consequences could be more damaging.

Government’s move to suspend Article 370 and bifurcating the state, turning Jammu & Kashmir and Ladakh into two separate union territories were offered with strong reasoning that Jammu & Kashmir were much away from the welfare schemes of the centre as they were to get passed away from the state legislature too. Somehow the people were suffering the most due to the political scuffle between the state and the central.

We may see internet shutdowns as a successful method to curtail terrorism but there is little available empirical evidence that terror groups give so much response to this issue. There are various other tactics which are involved. They could get a little set back from this but not for a longer time. Attempts to look at it as a permanent solution is not justified.

Many big terrorist organizations like Islamic State and Al-Qaeda have become more technologically advanced. Various countries are becoming a sourcing hub for them over the web. Challenge is not new and not the static one, this is more dynamic than the previous one. So is to be the solution as well. This cannot be curtailed by the legislature only but by involving common population as well.

Supporters of Islamic State have reached to the deep web systems of the countries where very sensitive information is stored. They have built their own have a safer online ecosystem. There needs to be, therefore, a larger discussion into the use of technology by terrorists and methods to combat violent extremism.

The government should focus on investing in technological solutions to national security questions that are being raised by technological challenges. Instead of indefinite, blanket shutdowns and repressing peaceful dissent, authorities should use social media to provide transparent information that can discourage incitement to violence. People must also come in front to avoid the misuse of the internet. The practice of internet ban can only a temporary solution but not permanent. The government needs to address people’s concerns, not cut them off from being able to communicate properly and freely.