Fresh UK Election will be a Referendum on Brexit 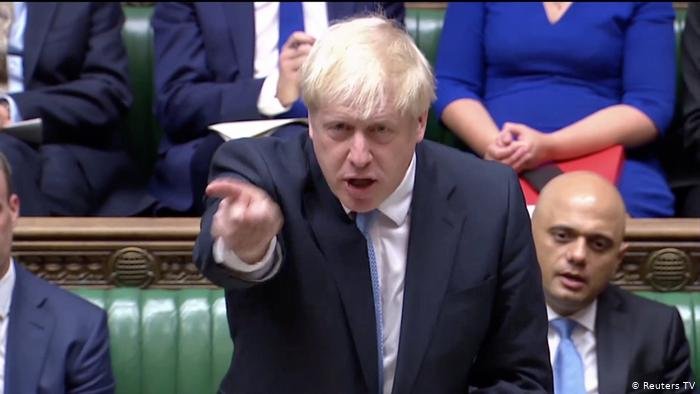 The UK Parliament in an attempt to prevent Prime Minister Boris Johnson from pulling the country out of the European Union without a plan in place has voted to block a no-deal Brexit.

Members of Parliament pushed the vote through Wednesday, a day after Parliament seized control to do exactly this.

British Lawmakers are moving at a rapid clip, after Johnson decided to suspend Parliament for five weeks, starting as early as September 9. Johnson — who’s promised to leave the EU on October 31, with or without a Brexit deal — effectively tried to limit the number of working days for Member of Parliament. It was a transparent attempt to stop Parliament from passing any sort of legislation that would seek to extend the Brexit deadline or block a no-deal exit.

But it may have backfired, at least for now: Opposition MPs mobilized quickly and convinced 21 members of Johnson’s own Conservative Party to join them in seizing control of the parliamentary agenda so they could pass a bill blocking a no-deal Brexit. (Usually the government, not regular MPs — known as backbenchers — determine the agenda.) Those rebel Conservative MPs have now been expelled from the party for their disloyalty, but that also means Boris Johnson no longer has a majority in the UK Parliament.

The legislation they passed Wednesday says the prime minister must seek a three-month Brexit extension (until January 2020) unless he somehow manages to get a Brexit deal through Parliament by October 19 or unless Parliament explicitly votes to leave the EU without a deal before that date.

Parliament opposes a no-deal Brexit, and Johnson and the EU have made no progress on renegotiating the Brexit deal, so this is basically a bill that would, once again, postpone the divorce. (For those of you keeping score, the original Brexit deadline was March 29, 2019, and it has since been extended twice, to April and then October.)

Lawmakers want to make this a law by the end of the week. They’ve passed the first hurdle — getting the legislation through Parliament’s House of Commons. It will now go to the House of Lords (Upper house Parliament, whose members are not directly elected), where another battle will play out. If it passes there, it then goes to Her Majesty, Queen of the United Kingdom, who has to give her “royal assent” in order for it to become a formal Act of Parliament. That last part is mostly a formality, as the Queen usually stays out of politics.

But Johnson wasn’t just sitting idly by as Parliament handed him the first defeats of his prime ministership. He immediately introduced to call for general elections in the UK — on October 15, just weeks before the Brexit deadline.

And MPs soundly defeated that measure, too — handing Johnson three straight defeats in Parliament and blocking elections. At least for now.

Johnson does not want to delay Brexit, as it would betray his signature campaign promise of leaving the EU at any cost on October 31.

So, in response to Parliament’s rebellion, Johnson has threatened elections, which he’s proposing for October 15. His idea here kind of makes sense: He wants to go back to voters and basically say: “Look, I want to deliver on Brexit, but this Parliament is blocking me, so I need your support to give me a new Parliament so I can get this done.”

Others want an election too. The opposition Labour Party sees an opportunity to try to retake power, and other pro-Remain parties, like the resurgent Liberal Democrats, see this as a chance to gain seats and put forward their vision to stop Brexit.

The problem is that Parliament doesn’t really want to give Johnson an election on his terms. And it didn’t have to do so, thanks to something called the Fixed-Term Parliaments Act of 2011. That law says that a prime minister can’t unilaterally call new elections unless a two-thirds majority consents.

Parliament voted 298 to 56 in favour of elections — but out of a 650-member House of Commons, that’s still well short of the two-thirds (at least 434) needed to make it happen.

Johnson blasted opposition Labour leader Jeremy Corbyn after the vote. “I think he has become the first leader of the opposition in the democratic history of our country to refuse the invitation to an election,” he said.

Labour does really want elections. But it has indicated that it won’t support new elections until this no-deal bill becomes law, the goal being to bind Johnson (or any other future prime minister) to request an extension from the EU instead of pulling the country out of the bloc without a deal in place.

All of which is to say that the UK is almost certainly heading for elections at some point; it’s just not clear when. But the timeline is not exactly forgiving, with the Brexit deadline still set for October 31.

The election will be a referendum on Brexit, whenever it happens. If it comes before that October 31 deadline, it will be another chance for people to decide on what kind of Brexit they want, or if they even want the Brexit at all.