The British obsession with Iran 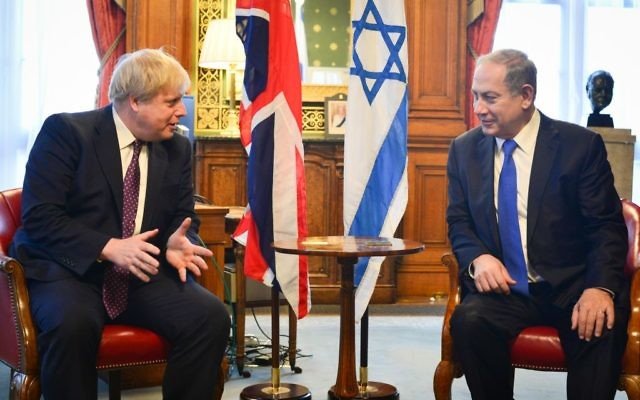 Last week, when Netanyahu paid a surprise visit to the UK, Downing Street appeared to reject Netanyahu’s calls for Britain to take a harder line against Iran, despite Iranian warnings of violating 2015 nuclear deal this weekend.

Netanyahu also acknowledged that US President Trump may meet Iranian president Hasan Rouhani at the United Nations General Assembly this month, and the US should keep up economic pressure even if the unprecedented talks between two leaders take place.

“I can’t tell you when or whether the talks will take place between President Trump and Rouhani,” Netanyahu told reporters in London. “Today I think what is needed is more pressure and the leverage which will come from that pressure on the regime in Iran.”

The meeting between Netanyahu and Johnson came as Iran said it would announce a third tranche of nuclear deal violations on Saturday. The new violations are likely to bring new nuclear centrifuges online and expanding atomic research.

Iran has been gradually stepping up its violations of the nuclear deal to put pressure on European states to find a way around American sanctions and provide relief to Iran’s dwindling economy.

Israeli officials said they were encouraged by the meeting between Netanyahu and Johnson, who voiced support for Israel’s right to defend itself against the Lebanese militant group Hezbollah, backed by Iran.

But there did not appear to be any shift in the UK’s position and a Downing Street spokesperson indicated Johnson would continue PM May’s policy of siding with France and Germany in support of the nuclear deal, despite the US and Israeli pressure.

“Both Prime Ministers agreed on the need to prevent Iran from getting a nuclear weapon and stop wider destabilising Iranian behaviour. stressed the need for dialogue and a diplomatic solution,” the Downing Street spokesperson said.

French President Macron has been working on an initiative to encourage Iran to come back into compliance with the nuclear deal in return for a $15 billion line of bank credit.

Macron is also eager to engineer a meeting between Trump and Rouhani, during this month’s UN General Assembly summit.

President Trump said this week he was open to such a meeting, which would be the first face-to-face encounter between US and Iranian leaders since Iran’s 1979 Islamic revolution. “Anything’s possible. They would like to be able to solve their problem,” Trump said.

Iran has so far publicly rejected the idea of talks until the US lifts sanctions. But Netanyahu’s comments indicate Israel, an arch-enemy of Iran, is taking the possibility of a meeting seriously.

“I don’t rule it out and I certainly don’t decide for the president of the US when to meet and who to meet with,” Netanyahu said.

The European Union urged Iran not go ahead with its planned violations of the nuclear deal. “We urge Iran to reverse these steps and refrain from further measures that undermine the nuclear deal,” he said.

During the Downing Street meeting, Johnson briefly mentioned Britain’s continued support for a two-state solution to the Israeli-Palestinian conflict, a policy rejected by both Israel and the Trump administration.

It emerged Thursday that Jason Greenblatt, Trump’s envoy on Israel-Palestinian peace, is leaving the White House. His departure was expected but means he is leaving before rolling out the Trump administration’s long-awaited Israeli-Palestinian peace plan.

The plan has already been rejected by the Palestinians, who say the American policies mean it can’t be trusted as an honest broker. The US says it intends to roll out the plan sometime after Israel’s elections on September 17.