Amazon Rainforest is Burning: Who to Blame? 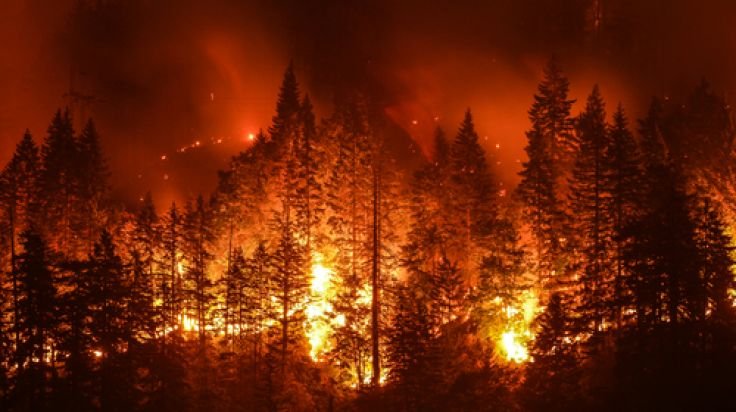 Brazil’s Amazon rainforest, the world’s largest tropical forest, is experiencing a record number of wildfires, according to the country’s space research centre Instituto Nacional de Pesquisas Espaciais (INPE), a record number of 72,843 fires have been detected this year, which is an 83 percent increase over the same period in 2018 and is the highest number since records began in 2013.

Amazon is burning for more than two weeks, and satellite images show Roraima, Brazil’s most northern state, covered in dark smoke. The state of Amazonas has declared an emergency.

A researcher at INPE told American media Reuters, “The dry season creates the favourable conditions for the use and spread of fire, but starting a fire is the work of humans, either deliberately or by accident.”

The unprecedented wildfires are occurring after far-right president Jair Bolsonaro took office in January and vowed to develop the region for farming and mining, despite international concern over increased deforestation.

Bolsonaro fired the director of the INPE earlier this month after the agency reported statistics that showed an increase in deforestation in Brazil. Bolsonaro called the data “lies.” The Amazon rainforest stores large amounts of oxygen and is an integral source of slowing down global warming and climate change. It is also home to about three million species of plants and animals and one million indigenous people

The dense smoke also caused a daytime blackout more than 1,700 miles away in Brazil’s largest city São Paulo on Monday.

According to a Climatempo meteorologist, Josélia Pegorim, “The smoke did not come from fires from the state of São Paulo, but from very dense and wide fires that have been going on for several days in Bolivia and Rondônia.

How the Amazon rainforest fires started?

Wildfires frequently occur in the dry season in Brazil, but this year has been worse than normal, according to INPE.

According to reports, fires are deliberately started in attempts to illegally deforest land for cattle ranching by farmers using slash-and-burn tactics to deforest and clear land for farming and pasture, which is illegal in Brazil this time of year due to fire risk.

Amazon Brazil is home to approximately 200 million head of cattle, and is the largest exporter in the world, supplying about 25 percent of the global market.

The space agency said it had detected more than 72,000 fires between January and August and more than 9,500 forest fires since Thursday, mostly in the Amazon region.

In comparison, there were less than 40,000 for the same period in 2018. Some conservationist have blamed Brazilian President Jair Bolsonaro for the forest fires, saying he has encouraged loggers and farmers to deforest the land.

Shockingly in retaliation, he has accused environmental groups of setting fires in the Amazon as he tries to divert growing international criticism of his failure to protect the world’s biggest rainforest.

He disagrees with the latest data presented, saying it was the “season of the queimada”, when farmers use fire to clear land.

He further said: “I used to be called Captain Chainsaw. Now I am Nero, setting the Amazon aflame.”

He also dismissed the importance of German funding for forest and biodiversity projects in Brazil. “They can use this money as they see fit. Brazil doesn’t need it,” he said.

Amazon rainforest has been fire-resistant for much of its history because of its natural moisture and humidity but NASA has said drought and human activities are lowering its resistance to fight wildfire.

A release from the space agency said: “The intensity and frequency of droughts, in turn, have been linked with increases in regional deforestation and anthropogenic climate change.”

Ricardo Mello, head of the World Wide Fund for Nature (WWF) Amazon Programme, added the fires were “a consequence of the increase in deforestation seen in recent figures”.

Now Brazilian federal prosecutors have said they are opening an official investigation into the rise in deforestation and forest fires.

The prosecutors said on Thursday they will investigate a spike in deforestation and wildfires raging in the Amazon state of Para.

They will work to determine whether there has been reduced monitoring and enforcement of environmental protections.

The investigation announced by the prosecutors’ office in Para follows a surge in fires and destruction of the Amazon rainforest that experts blame on reduced protection of the environment under right-wing President Jair Bolsonaro.

How long has the Amazon been on fire?

Due to the number of fires in the Amazon rainforest, it’s hard to predict exactly when it started.

However, the fires have increased recently, with more than 9,500 infernos since Thursday.

Since January, 72,000 fires have blasted the rainforest, a number that is likely to go up in the coming weeks.

Why is the Amazon so important for this Planet?

The Amazon is often referred to as the planet’s lungs as it produces around 20 percent of the oxygen in the Earth’s atmosphere.

The rainforest is considered vital in battling Climate Change by slowing global warming and is also home to uncountable species of fauna and flora. Amazon is the largest rainforest on the Earth.