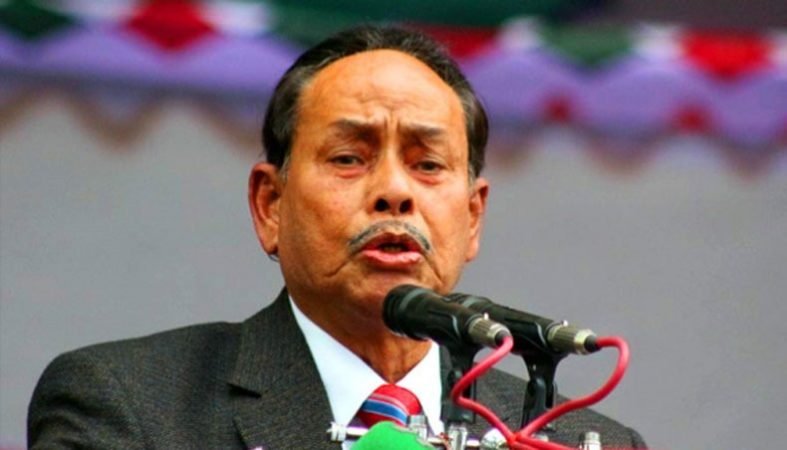 How many of us are today bothered about the death of General Hussain Muhammad Ershad, the military dictator of Bangladesh from 1982 to 1990, who died on Sunday in Dhaka at the age of 89? I guess not many but the autocrat-turned-politician left an inevitable impact in Bangladesh’s polity and social structure.

When Bangladesh was created in 1971, the constitution made by legendary Sheikh Mujibur Rahman made the country a secular republic. Ershad changed the constitution and made Islam the state religion, a move many analysts predict led to the rise of extremism and anti-Hinduism in this volatile nation. While in office, Ershad suspended the country’s constitution and Parliament and cracked down on his political opponents.

Ershad declared himself president in 1983, removing a puppet whom he installed in Abul Fazal Mohammad Ahsanuddin Chowdhury. Ershad had earlier forced then elected President Abdus Sattar, at gunpoint, to resign on March 24, 1982. Ziaur Rahman’s widow and former Bangladesh PM Khaleda Zia has accused Ershad of being a part of the plot that assassinated Rahman.

Ershad founded the Jatiya Party in 1986 and subsequently won the controversial 1986 Bangladeshi presidential election, marred by allegations of voter fraud.

Ershad is known to be a friend of India. Ershad brought together the leaders of India and Pakistan, Rajiv Gandhi and Muhammad Zia-ul-Haq, respectively. He played an important role in the formation of SAARC in 1985.

Ershad is considered to be a friend of former Indian president Pranab Mukherjee though a photo showing him standing while Mukherjee sitting in front of him created outrage in Bangladesh two years back. The ascending level of anti-Indianism in Bangladesh is a testimony to this.

Ershad was ousted in an uprising led by both Sheikh Hasina and Khaleda Zia, who have been ruling Bangladesh intermittently since its return to democracy in 1991. Hasina is the Prime Minister of Bangladesh since 2009.

After his ouster, Ershad became one of the very few former heads of state who was arrested and convicted on more than two dozen charges and spent a jail sentence for six years. He was also accused of backing a 1991 military coup in which one of his close military associates was killed.

But ironically in a dramatic turn of events, Ershad became an advisor and a kingmaker in Bangladeshi politics, playing the role of a second fiddle to both Awami League and Bangladeshi Nationalist Party (BNP) in subsequent elections. His Jatiya Party (JaPa) supported the Awami League in forming the government in 1996. He briefly joined the opposition BNP-led alliance between 1999-2000 but backed out later in fear of conviction.

He was elected in all elections from Rangpur which he fought till 2018. Ershad was vital for India’s interests. One such instance was just before parliamentary elections of 2014 when Indian foreign secretary Sujatha Singh met Ershad in Dhaka and urged him to participate in the polls. Following the decision to boycott elections in 2014 by the BNP, Ershad’s Jatiya Party got the status of the main opposition party in Bangladesh’s Parliament. A stable Bangladesh is in India’s interests.

Ershad’s legacy is disputable as some have credited him for ushering construction of roads and highways and improving connectivity while critics have charged Ershad for destroying state institutions. For a focus on rural development, Ershad was given the title of ‘Palli Bandhu’ (Friend of Villages) by his supporters.

The former Jatiyo Party chief was a witness to major political developments in South Asia.

Ershad though with many flaws, has left a deep legacy and footprint in Bangladeshi politics. Ershad belonged to the last generation of leaders who seized power through coups and forceful seizure of powers. Though Bangladesh cannot be cited a proper and transparent democracy today but definitely it is in a much more stable state.

Although the globally acknowledged Grameen Banks were introduced by Nobel Laureate Muhammad Yunus in 1974, it was Ershad who as president gave it government backing in 1983 and led to its prosper. He de-centralised the judiciary in Bangladesh and established high courts across the country.

Ershad encouraged NGOs in playing a vital role in the social sector. A coastal nation often prone to cyclones and floods, Ershad is credited with the construction of disaster relief camps thus saving thousands of lives.

Ershad remained a popular figure in rural Bangladesh while the ‘elite’ urbane saw him as a dictator.

Ershad last visited India in 2017 and met then President Pranab Mukherjee in New Delhi. He also visited the Ajmer Sharif.

Soon after his death, External Affairs Minister Dr S Jaishankar condoled Ershad’s demise and wrote on Twitter, “Deeply saddened by the demise of H.E. Hussain Muhammad Ershad, former President of Bangladesh today. He will long be remembered for his contribution to the special bilateral relationship with India and for his public service to Bangladesh.”

Ershad’s popularity continued to blossom, as is evident through the massive pouring-in of supporters at his residence, soon after the news of his death spread. But it is to be seen whether his Jatiyo party stays relevant or gets disbanded after the death of Hussain Mohammed Ershad.