Deep State: Understanding the group that works behind the curtains 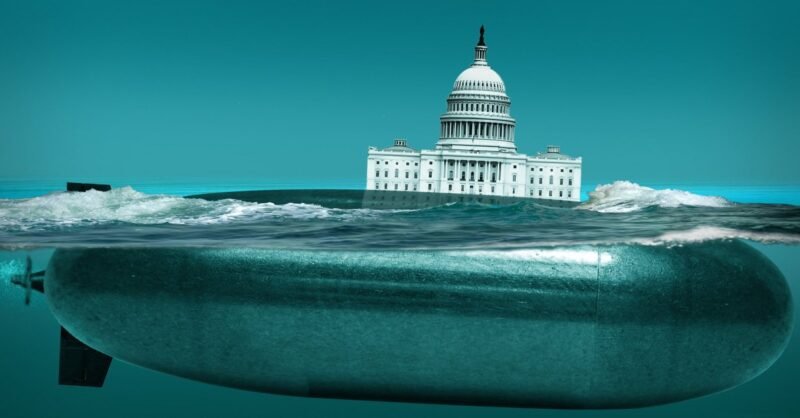 The 19th-century German philosopher Hegel stated, “State is the March of God on Earth”. But there lies a state within the state and that is called the Deep state, probably he wasn’t aware of the concept, else he would have said the same for the deep state. Sometimes, dismissed as a conspiracy theory, the term requires elaboration as it assumes considerable importance in crises, and that is being witnessed in the form of the Russian invasion of Ukraine and soaring inflation in Europe.

In International Studies, the deep state is defined as “the collection of decision-making bodies within the government whose long-term policies are unaffected by changes at the national level”. The deep state is a relatively permanent body, immune to popular will, as it’s not periodically elected.

How the term originated?

The origins of the concept can be traced back to US President, Eisenhower’s farewell speech which he delivered in January 1961, where he warned Americans against the burgeoning influence of the Military-Industrial complex that has the potential to muddle the power equations in the USA. Although he didn’t use the term specifically he was referring to the idea of the deep state.

Evolution of the concept

So, this concept is existing for a long time and found its genesis in the Napoleonic wars of the early 19th century. At the time, European governments were gaining increasingly more responsibilities, making their tasks more complex and leading them into insecure positions. The succeeding administrations were assigned new tasks for which they weren’t prepared. So, to ensure the continuity of the government functioning, a new doctrine found its way and consequently the European governments separated the political and administrative domains. This practice mandated a government run by skilled, talented, and technocratic employees guided by political leaders. It was believed that these technocrats would rectify the government’s shortcomings. So, while the politicians passed the laws in the parliaments, these experts provided them with solid skeletal frameworks to ensure their long-lasting relevance and implementation while the governments kept being changed. Since this is a sophisticated task, so the technocrats remained in their respective offices far longer than their elected counterparts.

In the U.S, following the civil war, a similar trajectory was followed, when a civilian workforce was assimilated into agencies and departments in all three branches of the government. This workforce, known as the Federal Civil Service was meant to limit the powers of the president, who nominated his loyal to the highest administrative offices, but since these people had to be involved in critical policy-making decisions including national security issues, the technocrats were at the top priority in appointments and as a safety mechanism they couldn’t be dismissed on political charges.

With the advancement of technologies in the 20th century, new agencies like the CIA and the Fed Reserve gained prominence in the backdrop of the cold war against the USSR and their growing clout in policymaking entailed their autonomy.

Since these long-serving technocrats manage the tasks, those elected members are simply incapable of understanding, they resist when a newly elected leader presents contradictory policies by further complicating, confusing, and delaying the bureaucratic procedures. For example, the Joint Chief of Staff lied to Kennedy, regarding the missile gap, the CIA infiltrated Nixon’s administration, and the department of labour stalled reforms in retaliation to Reagan’s dismissal of air traffic controllers.

Deep state in the current scenario

Recent examples of elected presidents, facing resistance with high-profile technocratic bureaucracies can be traced to George Bush, who campaigned as a non-interventionist but had to fight multiple wars, another example is Obama, who argued against the surveillance state built by his predecessor but continued with the same. President Biden, who had questioned the trade war by the Trump administration against China and had stated that “China is not competition for us”, now calls President Xi a “Thug” and launched Indo-Pacific economic framework (IPEF) and Partnership for Global Infrastructure and Investment (PGII), both aiming to counter China as his grand initiatives.

In essence, the deep state can be described as a permanent body of Civil Servants who occupy influential positions and watch the elected leaders come and go. They are the result of stability and long-lasting governments and their permanent positions allow them to act independently of elected leaders. This powerful hierarchy of Civil servants is thoughtfully designed in the administration of almost every developed country as they are required to carry out intricate tasks for which technocratic competence is a sine qua non.