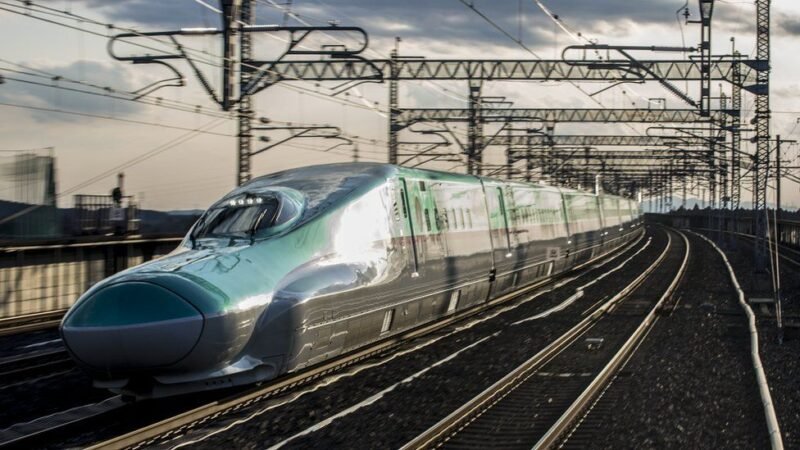 Asia picks the race of growth in human development post-colonisation rapidly. It led to urbanisation faster than any other global region. In this century, overall pressure on the urban infrastructure has risen and the reasons are obvious; migration, population growth and availability of opportunities. Without much planning, transit infrastructure took a short-term way leading to congestion, poor user experience, higher safety risks etc. majorly in the developing economies of Asia. In addition to that, jaw-dropping speculation reveals Asia to be home of seven out of 10 largest megacities by 2025.

Today over 50% of the population in developing economies of Asia lives in the urban ecosystem, leading to an exponential rise in demand. In the midst of massive demand for sustainable, inclusive and resilient urban transport in Asian cities, the regional in charge of technology development vis-à-vis Japan and China are at crossroads. The competition between the two is adamant due to the indigenous set of sophisticated techs developed in the 21st century. On one side, Japan is known for its ‘Shinkansen’ (Bullet Train) as the fastest, safest and most convenient way of travelling, another side led by China provides a new generation ‘Maglevs’ crossing contours of speed and comfort. The developing countries in Asia over the last decade exploring the available regional transit options to connect their urban patches with new generation high-speed railway (HSR) transit technological means.

In this search, China and Japan are the most prominent options countries of Asia scrolled in the last 10 years. Both China and Japan are racing to build new ultra-fast, viable and cost-sensitive levitation trains which can be exported to the regional club. Globally, the market of rail infrastructure projects is estimated at $2 trillion, out of which 37-40% will be fructified in Asia specifically. By seeing this, both China and Japan want to cater for the markets with their respective maglev technologies on the basis of exports driven leg of their own economic growth. At the approximately same time, Japan bags the order from India to build India’s first HSR route between Ahmedabad to Mumbai (MAHSR project – 508.18 km) and China in Indonesia as Jakarta-Bandung High-Speed EMU (150 km). Both countries India and Indonesia faced one common problem – funding. India took government to government (G2G) official developmental assistance (ODA) route with Japan of ₹88,000 crores at a 0.1% interest rate for the period of 50 years and a moratorium on repayments up to 15 years. It makes this HSR route dependent on Japanese funds by 81% of the total project cost. It enabled Japan to expand its goodwill as well as its diplomatic reach to access multiple countries in South Asia on the basis of the MAHSR project. On the strategic front, Japan cornered China in a rival game as it wins another helpmate to tackle the Chinese rise in the coming times.

Along the same lines, Indonesia bagged ~$8 billion in Chinese business-to-business (B2B) funding at a 2% interest rate for the period of 40 years with a moratorium period of 10 years. Earlier, 75% of the project cost to bear by Chinese lenders but with multiple issues in implementation, the revised outlay made it totally dependent on the KCIC consortium funded majorly by Chinese companies. It reflects the Chinese hunger to gain in the region by outnumbering Japan in its economic diplomacy. China has a tendency to use economic assets to promote its foreign policy objectives which was successfully achieved in current times.

It is very interesting to know that the Jakarta-Bandung High-Speed EMU project was originally financed by Japan (JICA) under its ODA in principle to bankroll 75% of the total cost of the project at a 0.1% interest rate to be completed in 5 years if the Indonesian government provide loan repayment guarantee. Indonesia invited China to submit its counteroffer results in winning the project scrapping sovereign guarantee requirement by the Government of Indonesia at tranches of 2% & 3.46% interest rate within only 3 years of completion. This competition for HSR transit technologies has roots in the Chinese Belt & Road Initiative (BRI) initiative having a humungous fund of $1 trillion for building foreign infrastructure. Japan’s funding in HSR technologies is backed by JICA and the Bank of Japan, implemented by Japan Railways with funding limitations. Ousting Japan from Indonesia was a strategic win for China to take control of further projects locally as well as in its geographic vicinity. It opened a diplomatic assessment of China in South Asia with a liveable example to prove its capabilities.

It is analytically forecasted that Asia will make up over half of the world’s urban population by 2050 with urbanisation growth rate of more than 60%. Chinese took a bigger share in South East Asian mainland countries as their own 40,000 km long HSR transit network intends to join Laos PDR (Boten-Vientiane), Vietnam (Hanoi-Ho Chi Minh) and Thailand (Bangkok-Nong Khai) HSR lines currently under construction with Chinese fundings. At present times, the other proposed major high-speed transit lines in Asia are Bangladesh (Dhaka-Chittagong), Malaysia (Kuala Lumpur-Singapore), and Myanmar (Kyaukphyu-China’s Kunming) are in preparatory mode or in the rolling stage. These all are majorly funded by Chinese corporations establishing their dominance in HSR techs in developing countries of Asia.

Here is a critical analysis of three major elements has to consider between the competition of Japan and China in expansion of HSR transit techs in Asia – a) Financial cost, b) Political & Cultural Cost, and c) Strategic returns. In all three components, Asian markets will provide huge returns in the coming decades. HSR techs are targeting the third component majorly as it will provide impetus to the other two in synchronisation. For example – Japan invested huge capital in one successful Indian HSR transit route as of now but till its operational stage, India already identified another 11 HSR routes to be built in the coming decades. This is where Japan will recover the identified investments in financial costing and politico-cultural costs.  One can see this from the lens of winning ‘commercial diplomacy’ for the future.

Currently, around 43% of Asian citizens used public transit on a daily basis which younger demographics benefit economically majorly. The developing countries in Asia have a majorly young population dividend which demands new gen transit techs and related services. China took a series of plans in fundamental research, core technology, modern braking and front-tier disruptive techs to bolster its supply chain over Asia. The major role of the Chinese success story vests in adhering to the philosophy of an export-driven approach. For this, China converges its upstream-downstream supply chains and transformed transportation mechanisms, and accessories mechanisms with service capabilities. Instead, Japan focused more on resilience, fine-tuning and intelligent transit mechanisms in their HSR modules.

It is an open truth that smart high-speed public transit services are currently limited in developing Asian economies and are placed at selected business or sensitive economic hubs. The commercial usage for passenger and freight will skyrocket in the coming years which will result in the interlinking of separate projects in one string. Both China and Japan are rivals in the geostrategic game of Asia which will ultimately benefit the developing Asian countries to embank on new transit techs. The diplomatic outreach to gain benefits out of it is no-nonsense to talk about. In the game of strategically sensitive technologies, countries act in cohesion with their alma mater to tackle adversaries. Japan and China are both targeting their like-minded countries to remain in their good books via this new route of official investment under commercial diplomacy in new-gen techs. The very obvious result one can drive out of the conditionalities is – current trends of diplomatic efforts are majorly using new generation technologies to deepen their interests in developing economies. The efforts of China and Japan in expanding their HSR projects reflect their foreign policy objectives carrying on the collaboration of state with private entities. In developing economies of Asia, the state’s economic interests and technological advances are tightly knitted. Japanese HSR’s sophistication is somehow dwindling in Asia amid the furore of financial leverage offerings by China. The very intent of exporting HSR transit techs by these two majors is to cement their presence in this booming sector. To achieve export-led economic growth, safeguarding bilateral interests and establishing the country’s prowess are the core tenets of expanding HSR transit technologies in Asia. Apropos China and Japan both will establish blocs of their native HSR technologies in the coming times, to remain vigil and attentive to further enhance their core capabilities.