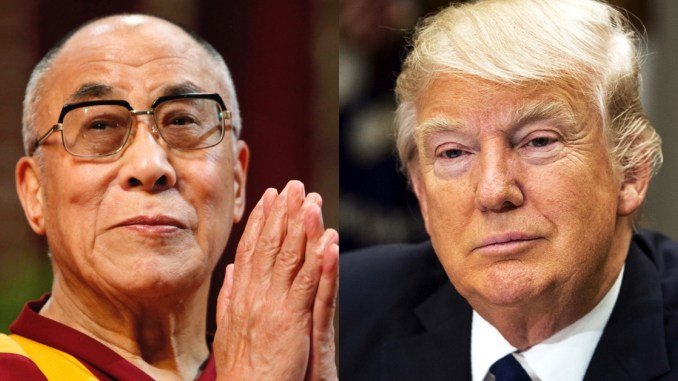 Beijing on Thursday raged at the exiled Tibetan spiritual leader Dalai Lama as the POTUS, Donald Trump on signed the Tibet Reciprocal Access bill to make it a law of the United States to shape their policies in dealing with China.

Despite many efforts, American diplomats have only had limited access to Tibet and almost no China-based foreign journalists have been able to go to Tibet to report the conditions there, including the self-immolations

This Reciprocal Access to Tibet Act is based on the diplomatic principle of reciprocity, which calls on nations to give equal rights to one another’s citizens. The bill calls for American diplomats, journalists and ordinary citizens to have similar access to the Tibet Autonomous Region and other Tibetan areas as their Chinese counterparts enjoy in the US.

The Former chief of the Ethnic and Religious Affairs Committee of the National Committee of the Chinese People’s Political Consultative Conference, Zhu Weiqun, responded to the enactment of this bill saying, Western countries including the US built pressure on China which in the Dalai Lama’s eye would be an opportunity for his ‘Tibetan separatism’.

Representative Jim McGovern (D-Mass), who introduced the bill, said “I’m glad that POTUS signed this bill, the Reciprocal Access to Tibet Act, into law. For too long, Beijing has covered up its human rights violations in Tibet by restricting travel for American diplomats, journalists and citizens. But actions have consequences, and by signing this bill, we are a step closer to holding the Chinese officials who implement these restrictions accountable.”