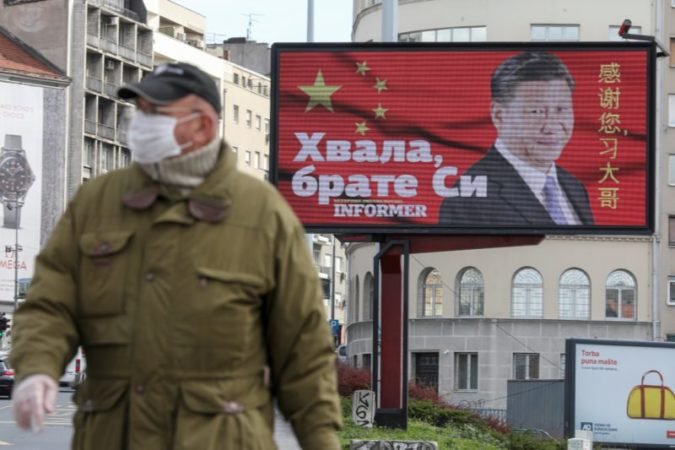 China’s blindspot for its low-grade quality products once again came into light. In its effort to overcome the sluggish image, which became after the world came to know, that China was the epicentre of the COVID-19 pandemic. After that, China has launched humanitarian aid blitz by donating face masks, gloves and testing kits to the countries which presently going through this crisis. But here is a flaw. Many countries are sending back their consignments as the masks and the testing kits are not reliable and are giving inappropriate results.

With this ‘Mask Diplomacy’ China is looking to recast itself as a responsible power. As China knows the fact, if it would have acted sooner, the number of cases would not have increased with the present rate. Studies have proven that had China taken proactive measures to contain and suppress the pandemic earlier in December 2019, the number of COVID-19 cases could have been mitigated by up to 95 percent.

Chinese President Xi Jinping is now busy in calling leaders across the world and rallying for global coordination in managing the coronavirus outbreak. Chinese health experts have hosted video conferences with those from other countries to share experiences.

This is the first international crisis where China is actively taking a global leadership role and it stands in particular contrast to the U.S., which has disdained international cooperation and invested more political capital in criticizing China for its role in allowing the outbreak to spread. The U.S. is not wrong on every argument, as there are evidence available to support the fact.

European Union’s top official and Foreign Policy chief Josep Borrell, recently lashed out at China’s so-called COVID-19 ‘Politics of Generosity’ as a bid to saw divisions in Europe as it grapples with the disease’s rising lethal spread and there is a global battle of narrative going on in which timing is a crucial factor.

Borrell said, “China is aggressively pushing their message that unlike the U.S. it is a responsible and reliable partner”. And further he added, “In the battle of narratives, we have also seen attempts to discredit the European Union as such and same instances where Europeans have been stigmatized as if all were carriers of the virus”.

Spain, whose health system is on the brink of collapse, recently secured U.S $467 million deal with China to supply 550 million masks, 11 million pair of gloves, 5.5 million rapid test kits and 950 respirators to address shortages. Same is the case with many countries also.

But, when China was witnessing the peak of COVID-19 outbreak in the country. Italy donated millions of Personal Protective Equipments (PPE) to China. Now, when the tables are turned, China sold the same donated PPE back to Italy in return of heavy price. It was a force from the side of China on Italy to buy back the PPE supply, which Italy actually donated.

Presently China is the largest supplier of the essential goods required to combat the virus. It has sold test kits to many countries and the process is still continued. But many of the protective equipment turned out to be defective. Recently, Spain returned 58,000 rapid testing kits to China after discovering that they were faulty.

However, China shredded the blame and accused other nations of not reading the manual properly. When Netherland returned 600,000 Chinese-made masks, saying that they didn’t meet the safety standards but China restored that by saying, “double-check the instructions on the masks”.

The next few months will very crucial. All global leadership is involved in tackling this situation. U.S. President Donald Trump have criticized the World Health Organisation (WHO) and its implications to Beijing as well. He said that the global body of WHO is ‘China-centric’ and is biased towards the other superpowers. Trump has also threatened to put a hold on WHO’s funding. Previously, he has been criticized for calling the Coronavirus as ‘Chinese virus’.

In response to the criticism, he just gives rationale that, it’s geographical locations that decide the name virus and there is nothing more than that. This throws the world’s two most powerful countries in a narrative war, underscoring geopolitical rivalry and further tensions in the future.

China has started to calm down the world. And in this way, it is now trying to become the big brother of the world. Rather than focusing on its own people, it is showing concern. But this gesture has been doubted by everyone.

China may be thinking that it’s the last resort when it comes to providing safety equipment to the world but that is not the case. Even, Taiwan has donated 2 million masks to the United States and this has been officially acknowledged by Secretary of State, Mike Pompeo. He tweeted “During tough times, real friends stick together. The U.S. is thankful to #Taiwan for donating 2 million face masks to support our healthcare workers on the frontlines. Your openness and generosity in the global battle against #COVID19 is a model for the world”. Taiwan has not only helped the U.S. but also to dozen of other countries.

This shows China should leave this illusion that everyone has to depend on it. India has also come forward in providing every type to every nation which is in need. Tons of health care equipment has been donated. India is the largest manufacturer of ‘Hydroxychloroquine’, a drug that is used in the treatment of COVID-19 patients. And now India is ready to provide this drug to everyone including the U.S. as well.