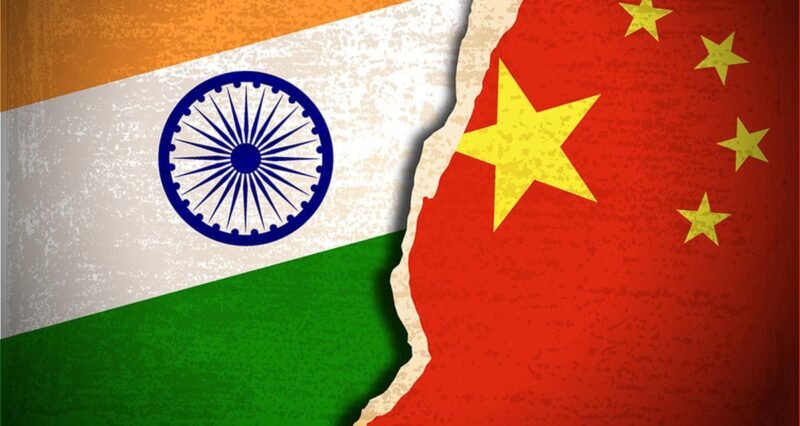 Since the occupation of Tiananmen Square (Gate of Heavenly Peace) by the Communist Party of China(CPC), post-Chinese Civil War, in 1949, the single political party-ruled country has adopted territorial expansionism -based on vaporous historical evidence- as a major component of her foreign policy. CPC during the early phase of its rule had been successful in expanding its territory northward, westward and south-westward with the brutal capture of Manchuria, Inner Mongolia, Xinjiang and Tibet. In so far as China’s Tibet occupation is concerned, it will be incomplete without mentioning the then-Indian ruler’s visionless foreign policy which facilitated belligerent Dragon reaching the country’s porous border.

During the middle phase of CPC’s first Paramount Leader and the founder of the People’s Republic of China(PRC) Mao Zedong’s rule, the People’s Liberation Army(PLA) pounced on the country’s Panchsheel ally India in the south of her occupied Tibet in 1962 based on Mao’s manufactured “Palm and Five Fingers” territorial claim and encroached some territories on the sparsely populated Himalayan height. Apart PLA made a daring attempt in 1969 to further expand Chinese territory further north to capture the collaborator-turn-foe Union of the Soviet Socialist Republic(USSR)’s resource-rich but thinly populated eastern territories far away from the capital of the centrally administered country. But, the war was so furious within a short time of start that PRC top leadership was forced to hide in the country’s remote mountain range fearing a nuclear strike on Beijing from its manufactured enemy.

In 1979, PRC leadership under Deng Xiaoping, post-first Paramount leader Mao Zedong era of 37 years of rule, made an attempt to expand southward saying “The child is getting naughty, it is time he got spanked”. The war PRC fought with fellow communist-ruled Vietnam was so shocking that PLA had a humiliating withdrawal.

Post-Vietnam misadventure, China has changed its expansionist strategy from direct confrontation to an incremental/salami slice strategy. To support this new strategy, PRC first concentrated on the country’s economic development by opening up its markets to the outside world abandoning the founder’s dogmatic closed economy with the backing of capitalist developed countries under the leadership of America, which were opposed to their dreaded Cold War rival Warsaw Pact group under the leadership of USSR. During the early three decades of the open market economy, PRC had strictly adhered to Deng Xiaoping’s famous dictum “Hide your strength, bide your time”. During the period, the country’s GDP witnessed year-on-year double-digit growth on average, the fastest in the world, and the country’s foreign exchange reserve reached $3trillion, the highest among all the countries in the world. By the time, the present belligerent President Xi Jinping, who has adorned himself with the Paramount Leader status second to Mao Zedong, took over the country’s leadership, PRC had achieved the second largest economy status in the world with a GDP of above $10trillion and an almost had reached the status of a world superpower in manufacturing, so far occupied by the US.

With solid economic backing, PRC added with its existing incremental/salami slice expansion strategy the Debt Diplomacy through China-centric Belt and Road Initiative (BRI) following the ancient Silk Road concept. The infrastructure-based initiative had an early setback when India, then the third largest economy in the PRC’s immediate neighbourhoods and having the potential to compete with the initiative’s initiator for economic and military supremacy in the region, refused to join the initiative alleging it breaches the country’s sovereign territory. But, Xi Jinping has not been disoriented. In the meanwhile, PRC has almost occupied South China Sea building naval infrastructures in the marginal sea’s coral reefs, building artificial islands and sabre-rattling small littoral countries as and when they venture into the sea for economic activities as per the United Nations Convention on the Laws of the Seas (UNCLOS).

Here, it is to remind that Communist or Totalitarian regimes anywhere in the world have not been comfortable with thriving democratic countries in their neighbourhoods. Former fears influenced later on their population’s aspirations with the 1989 Tiananmen Square uprising for democracy fresh in the mind. PRC leadership knows very well that Democratic India, located in the strategic place of the 21st Century world’s most happening region, has the all-around potential to challenge Chinese ambition to achieve world Super Power status when the existing Super Power the US is declining. In view of this, PRC leadership has got India’s specific strategy of ‘String of Pearls’ embedded with Debt Diplomacy with clear objective to strangulate India through BRI.

Now, China has either already got or has been constructing military-cum-commercial bases in countries around India and her sphere of influence in the Indian Ocean Region(IOR) investing her high-cost and hugely surplus capitals though many of these projects are not financially viable and economically beneficial to host countries. Here, it looks incomplete without mention of allegations that the host countries’ political leadership, bureaucrats, militaries and civil societies including media houses have handsomely benefited in allowing BRI projects into their countries. Many allege the same strategy has been applied in India, but the same has limited success here in view of some patriotic forces in politics and civil society.

Now, many of these BRI host countries in the immediate neighbourhood of India as elsewhere in the world are in the complete debt trap of China. As per the latest Bloomberg report quoting IMF, Pakistan’s Chinese debt is $30 billion, which is 30% of the country’s total debts, and the ratio to GDP is 10%. As per Christian Science Monitor, Sri Lanka’s total public and publicly guaranteed debt was $35.8 billion at the end of 2021. Of that amount, lending by China accounted for $7.1 billion, or 20%, compared with less than 1% in 2001. In the meantime, China has taken over the 99 years lease of its built strategic Hambantota port, located on the world’s one of the trade routes south of India. As per the UK think tank Chatham House ‘the partial Chinese ownership of Hambantota port has so far been symbolic. Still, such ownership structures could be used to China’s advantage in the future’. Over the Hambantota Port issue too, India’s leadership in 2008 exhibited poor strategic vision by refusing the Sri Lankan offer to build-operate-transfer scheme-based strategic port. Now, Sri Lanka is in a severe financial crisis. During this period, Chinese, despite being the largest lender, did not come forward to rescue the country and even has been found reluctant to cooperate with the indebted country to get an easy loan from IMF to get rid of the present crisis. And to make the situation worst for island nation, PLA Navy sent a naval ship engaged in intelligence collection to Hambantota Port intentionally to create a rift between India and Sri Lanka when the former is trying to rescue the latter with financial survival doses.

The strategically located tiny archipelago in the south of India on the major trade route of the world i.e. Maldives’ former President and present Parliament Speaker Mohamed Nasheed said in December 2019 that his country owed China $3.5 billion in loans. Note: Maldives’s GDP is $5 billion. Nasheed said that the Chinese debt trap was an economic and human rights issue, and an issue of sovereignty and freedom of the island nation. Nasheed has also said that project costs were inflated, and the debt on paper is far greater than the $1.1 billion actually received.

On 10 August 2022, Bangladesh’s finance minister Mustafa Kamal warned that developing nations must ‘think twice’ about taking more loans through China’s Belt and Road Initiative. He said ‘Beijing’s poor lending decisions’ are pushing already indebted nations into economic distress. Highlighting Sri Lanka’s crisis, Minister Kamal said that China must follow a more robust process for evaluating its loans. On the same day, The Print reported, “China has been consistently endeavouring to expand its influence in Nepal, analysts said amid fears that China aims to trap the Himalayan nation in a spiral of irrevocable debt without helping Nepal and to use its land. That is why China encourages Nepal to ‘live luxuriously’ with it ‘on loan’.”

Here, it is quite difficult to ignore the fact that the vulnerability of Indian Ocean Region rim countries from east Africa to west ASEAN to Chinese manipulation the type seen in recent past in Sri Lanka, which Chatham House has explicitly recognized, and has been in practice in Pakistan since the start of execution of China-Pakistan Economic Corridor (CPEC) has strategic implication on India’s maritime security, energy security, trade security ……. and last but not the least to her territorial security as PRC’s territorial hunger has been since the days of its founder is well-known. Already CPEC project under BRI infringes India’s territorial sovereignty in the northern state of J&K, partly due to the earlier government’s visionless foreign policy.

In the given situation, the Indian government, opposition leaders, media and civil society need to be very visionary, the kind seen during preparation for the 1971 Indo-Pak war. The present government with an absolute majority is duly elected one like the government was there in early 1970s. And like that government was trusted by then opposition leaders, media and civil society despite the then Prime Minister’s bold refusal to divulge the details of war preparation on the Parliament floor, the present government deserves the same trust. At least the party, which is squarely responsible for bringing PLA to the northern (from Ladakh to Arunachal) and southern (Hambantota) door steps of India, should not go for 2008 kind of secret MoU with China, should not indulge in secret talk with Chinese Embassy staffs during Doklam standoff and should not abuse country’s arm force leadership using derogatory words because all these acts send wrong signals to enemies and have a demoralizing effect on forces guarding the country in the inhospitable terrain. To successfully face the Dragon belligerence, the country needs a “whole of nation approach” as expressed by General Manoj Pande soon after taking the oath of office.