Modernity is Creeping into Saudi Arabia 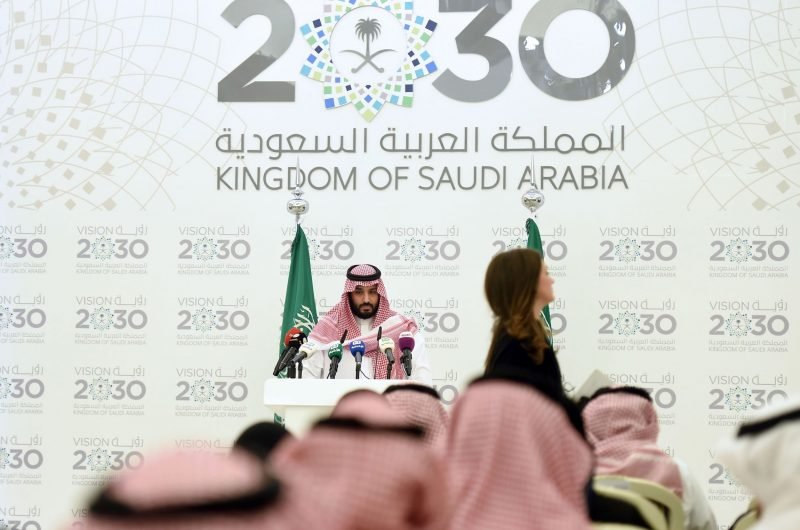 A fundamental shift is occurring in the socio-economic reality of Saudi Arabia, and our popular perceptions of the country are getting outdated. Mohammed bin Salman Al Saud (hereafter MBS), 36, when appointed as the Crown Prince of the kingdom of Saudi Arabia in June 2017, wasted no time pursuing his ambitious goals. He led a series of progressive reforms to change the face of Saudi society drastically. Change that would have been considered extremely unlikely, if not outrightly impossible, until a decade ago due to the powerful presence of the orthodox religious lobby, can now be witnessed in various aspects of Saudi society. In a famous decree issued by MBS in September 2017, women were finally allowed to drive. Mutawwa-Hai-a, the infamous, black-uniformed religious police who patrolled the roads of Saudi Arabia for decades to enforce Wahabi strictures, have been curtailed since 2016. These are a part of a series of reforms aimed at restructuring Saudi society, which revolves around the aspirational document of Vision 2030. The article intends to delve into the reasons, motivations, and limitations for these instant radical changes that are changing the face of Saudi society.

The demographic reality of Saudi Arabia plays a crucial factor in the introduction of liberal policies by the state. The age group between 15-54 years comprises around 65% of the total population. Moreover, 83.33% of the total population currently lives in urban areas. The urbanised Saudi youth is demanding relaxation in the highly restrictive society of Saudi Arabia. A significant part of the younger generation called ‘MBS Youth’ strongly supports his liberal reforms. As per the statistics of 2020, the literacy rate of Saudi Arabia was 97.59%. However, according to the official government data of the Kingdom of Saudi Arabia based on the General Authority for Statistics’ Labour Force Survey, the current employment rate stood at 10.1% in the first quarter of 2022. The educated but unemployed youth pose a grave threat to the government of any state. In order to ensure stability, the Kingdom of Saudi Arabia, under the leadership of young Crown Prince MBS, is taking decisive action to address demographic challenges.

Saudi Arabia is making sweeping socio-economic changes because it cannot solely rely on oil as its primary source of revenue. Therefore, the Saudi state is diversifying its economy by investing in mega projects like NEOM city, the Red Sea Project, and ROSHN. The Saudi state is well aware that any economic distress will likely lead to social unrest. The energy and public sector, traditional employers in the Saudi economy, are no longer able to provide enough jobs. Henceforth, Riyadh wants to open up its economy to private players. To do so, it needs to create a safe environment for foreign investors in Saudi Arabia. MBS can be seen taking a few steps to curb the corruption in the administration. The state also realises that it needs to create human resources by providing them proper skill-set that the private companies demand. The traditional cradle-to-grave social welfare system has to go away to create a vibrant, diversified economy. The revenue generated through raising taxes from the employed workforce can only be a reliable replacement for oil and gas revenues.

The liberal and progressive reforms should not be perceived as diluting the state’s power. So far, the Saudi state has taken steps to reform and restitute social rights such as women’s liberties and freedom of movement of the citizens. However, political rights are still curtailed. The Saudi government that relied on oil and power for revenue must now develop human resources and thus involve social, and eventually political, in order to be able to tax the citizens and avoid protest to its power. Thus, societal freedoms and rights are indicators of this progress. If at all, the Saudi state can be seen to consolidate more power from the clergy by making the society less orthodox. MBS is shaking the power structure of Saudi Arabia, which, till now, could be seen as a power tussle between the Al Saud family and ultra-orthodox clergy which espouse Wahabi doctrine. MBS has taken steps to curtail the power of the religious establishment. Whether the consolidation of power is the primary motivating factor in the veil of progressiveness or he genuinely wants to bring his country out of the shackles of ultra-orthodox Wahabism, only time will tell. Be it as it may, MBS is set to bring Saudi society back to the pre-1979 era, where the religious practices followed by the country were closer to the tenets of Sunni Islam. “We want to live a normal life. A life in which our religion translates to tolerance, to our traditions of kindness,” MBS said at a conference held in Riyadh in 2017.

However, the implications of creating a well-educated employed population might be much more than the Saudi state desires. The very reason for creating an educated working class to maintain their family rule stable may also turn out to be the cause of the Al Saud family getting overthrown. As the per capita income of a society rises, the population starts asserting to have a say in political life as well (Morris, 2010). Until now, the Saudi state could afford not to give political rights to the population because the primary source of their revenue was oil and gas since ‘No Taxation Without Representation’ works the other way round as well. However, once the state starts raising a significant part of its revenue by taxing the population, the state will have no option left but to dilute its power and share it with the citizens.

The practice of predicting future political outcomes is generally a futile exercise.  Only time will tell how far-reaching the outcomes of present Saudi Arabia’s ruling dispensation’s radical policies will be. However, it can be said without ambiguity that modernity has started creeping into Saudi Arabia and old ways have to give way to the new.

Harshit Sharma is pursuing Masters in Diplomacy, Law, and Business at the O.P. Jindal Global University