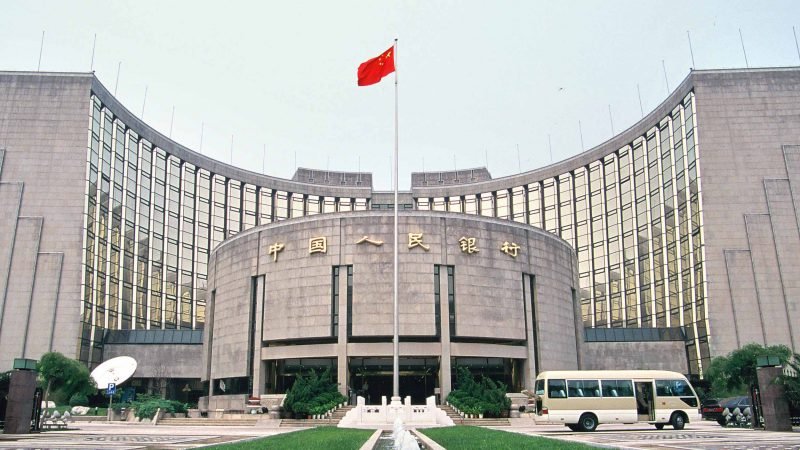 Although a fairly vast subject, it is important to broadly comprehend how China, the world’s largest economy (in Purchasing Power Parity terms) is fairing in a post-Covid world. Last year, China’s economy overtook that of the European Union, and according to a recent forecast states, it will become the world’s largest economy in nominal GDP by 2028. But now signs are that China is on the brink of an impending economic crisis. Adamant in implementing a zero-COVID policy with dozens of its cities under full or partial lockdowns, or under district-based controls, China’s economy is yet to emerge from the

In the second quarter ending in June China’s GDP shrunk by 2.6%. Displaying the worst quarterly performance in more than two years, China’s export growth has decreased since April to its weakest level since June 2020 when the first wave of Sars-Covid19 pandemic struct. Amidst the negative effects from Russia’s invasion of Ukraine continue, and the IMF warning about the possibility of a global recession, China’s property market is in deep slumps. There is mounting debt at the regional level, in banks, and by private and state-owned companies.  Local governments have nearly $7 trillion by way of outstanding bonds and borrowings, in addition to a funding gap of $1 trillion. The debt mountain represents a threat to China’s stability. According to a new wealth migration report by Henley and Partners, an investment migration consultancy roughly 10,000 high-net-worth individuals (HNWI) in China are seeking to leave their country in 2022, taking with them $48 billion in wealth. The country’s total debt stands at 264% of its GDP.

Covid-19 may be the immediate stress test for China, but real economic restructuring and reform promised when Xi took over the Party in 2012 has been disappointing at best. Although the economy has expanded rapidly, its regulatory environment has not kept pace. Xi Jinping has spearheaded authoritarian capitalism and opaque commercial practices as an alternative and implicitly superior development path. Bad loans increased by almost 107 billion yuan in the first half of the year to 2.95 trillion yuan. Over-built and over-leveraged, China’s real estate sector is not on a sustainable trajectory.  With as much as 78% of household wealth in the form of real estate holdings, this sector contributes more than 25% to the Chinese GDP.

China’s policymakers have tried to reign in the excesses in the sector, in particular by denying access to finance for developers. In doing so they have pushed some developers to the brink while allowing others notably Evergrande Group, one of China’s biggest property developers to topple over into default. So even as we see stability in the financing for real estate right now, it may be fragile and artificial. Already we are witnessing homeowners refusing to pay mortgage EMIs in 91 cities involving more than 300 projects across China as developers fail to deliver homes. As banking exposure to real estate stands at a whopping $9.2 trillion, this might lead to an encore of the 2008 American subprime mortgage crisis with similar global ramifications. Harry Hu, a senior director at S&P Global Ratings assessed that, “asset quality is worsening due to Covid-related lockdowns, the property slump, the risks associated with small and micro-loans, and the general economic slowdown in China.”

The trajectory of China’s economy is going through a difficult time. After two years of rapid economic growth in 2020 and 2021, China’s export market is experiencing a dangerous decline. Author and J Capital Research co-founder Anne Stevenson-Yang has warned that China’s economy will crash in the third quarter, spreading deflation to the world.

Domestically in terms of governance, China’s efforts to tighten societal controls through new legal frameworks and application of digital capabilities to monitor dissent have raised concerns. Exacerbating great-power competition, its record of undermining democracy, human rights, and the rule of law is being noted. An aggressive assertiveness has earned China’s leaders and diplomats the epithet of ‘Wolf Warriors’ styled after a highly popular patriotic action blockbuster movie. There are growing international concerns surrounding issues of Chinese sovereignty and coercive diplomacy. But Chinese leaders have been unapologetic in the face of global criticism, defending the nation’s behaviour. For instance, as a growing body of economic analysts held China’s debt trap diplomacy responsible for the current turmoil in Sri Lanka, Chinese leaders have been unsympathetic and even furious at the island nation. condemned. China’s strategic community believes Sri Lanka is voicing a “victim rhetoric”,  a “scheming and opportunist” nation that “took advantage” of China, used it as an ATM, and is now “publicly embarrassing China.” This will push many countries to critically examine relations with China. Not having the experience of being an international lender during the previous debt crises, China lacks experience with systemic debt problems and doesn’t “follow best practices in making its loans, keeping loan terms secret and turning a blind eye to corruption.”

Deng Xiaoping is celebrated for initiating China’s great “reform and opening”, dismantling what was known as the “bamboo curtain” that had shielded it from the outside world. But in terms of governance reform, his most important contribution was the two-consecutive-term limit to China’s presidency was put in place in 1982.  This was observed by Jiang Zemin and Hu Jintao. But, consolidating power to levels not seen since the era of Mao Zedong, Xi Jinping appears well positioned to tighten his grip on power at the CCP’s 20th National Congress, now just months away. The common prosperity agenda that is being aggressively pursued under Xi Jinping is characterised by increasing state control of the financial system, invasive data security and regulatory measures, that are devoid of market conforming characteristics.

Among other things, Covid has severely dented China’s international reputation.  It has been a test of China’s international standards and the consensus is not very favourable. Even as many countries have called for investigations into the laboratory sources of the Coronavirus China has been defiant arguing instead that Chinese actions in the wake of the covid-19 should have garnered its acclaim rather than criticism. The latest Pew Research Center survey indicates that “negative views of China remain at or near historic highs,” with its human rights policies seen as a more serious issue than military or economic competition. The survey indicates that China’s involvement in domestic politics is considered a serious problem. How all of this impacts Chinese exports may be clear in the coming time. To avert a major crisis, the China Banking and Insurance Regulatory Commission (CBIRC) has told banks to bail out struggling property developers to help them complete unfinished housing projects. Under the circumstances, the high-risk ‘shadow banking’ may also make a comeback. A complex economic situation, authoritarianism in governance structures, and diminishing international standing may  lead to an overall downturn in China’s outlook