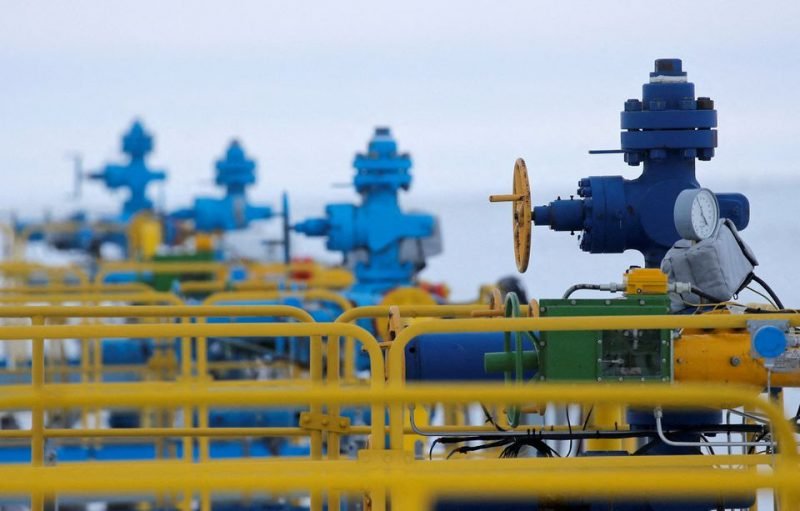 Russian gas supplies to Poland were halted briefly on Wednesday, data from the European Union gas transmission operators showed, raising fears Russia may turn off the gas taps to Ukraine’s allies in what it calls “gas blackmail”.

Both Poland and Bulgaria, both NATO and EU members, had earlier said Russia would stop supplying gas to them on Wednesday, amid a deepening the rift between Europe and Russia over its invasion of Ukraine.

Ukraine has accused Russia of blackmailing Europe over energy in an attempt to break its allies, as fighting heads into a third month without Russia capturing a major city.

Staunch Kremlin opponent Poland is among the European countries seeking the toughest sanctions against Russia for invading its neighbour.

The European Union network of gas transmission operators said gas to Poland was cut briefly, but later restored, and edged up after dropping to zero.

As well as Bulgaria, Hungary and Austria said gas supplies were normal.

Poland’s state-owned PGNiG  had earlier said supplies from Russia’s energy giant Gazprom – which covers about 50% of its national consumption – would be cut at 8 a.m. (0600 GMT) on Wednesday, but Poland said it did not need to draw on reserves and its gas storage was 76% full.

Russian President Vladimir Putin has called on “unfriendly” countries to pay for gas imports in roubles, a demand only a few buyers have implemented.

“The ultimate goal of Russia’s leadership is not just to seize the territory of Ukraine, but to dismember the entire centre and east of Europe and deal a global blow to democracy,” Ukraine’s President Volodymyr Zelenskiy said late on Tuesday.

His chief of staff, Andriy Yermak, said Russia was “beginning the gas blackmail of Europe”.

“Russia is trying to shatter the unity of our allies,” Yermak said.

Bulgaria, which is almost completely reliant on Russian gas imports, said it had fulfilled all its contractual obligations with Gazprom and that the proposed new payment scheme was in breach of the arrangement.

It has held initial talks to import liquefied natural gas through neighbouring Turkey and Greece.

Gazprom said earlier Poland had to pay for gas in line with its new “order of payments”. It declined to comment regarding Bulgaria.

The invasion of Ukraine, launched on Feb. 24, has left thousands dead or injured, reduced towns and cities to rubble, and forced more than 5 million people to flee abroad.

Moscow calls its actions a “special operation” to disarm Ukraine and protect it from fascists.

Ukraine and the West say this is a false pretext for an unprovoked war to seize territory in a move that has sparked fears of wider conflict in Europe unseen since World War Two.

Russia’s ambassador to the United States has warned Washington to stop sending arms to Ukraine, saying that large Western deliveries of weapons were inflaming the situation.

More than 40 countries met in Germany on Tuesday to discuss Ukraine’s defence.

Mark Milley, chairman of the U.S. Joint Chiefs of Staff, told reporters while flying to Tuesday’s meeting that the next few weeks in Ukraine would be “very, very critical”.

Germany announced on Tuesday its first delivery of heavy weapons to Ukraine, including Gepard tanks equipped with anti-aircraft guns.

Ukrainian pleas for heavy weapons have intensified since Moscow shifted its offensive to the eastern region of Donbas, seen as better suited for tank battles than the areas around the capital Kyiv where much of the earlier fighting took place.

Blasts were heard in the early hours of Wednesday in three Russian provinces bordering Ukraine, authorities said, and an ammunition depot in the Belgorod province caught fire around the same time.

A regional governor said a fire at an ammunition depot near Staraya Nelidovka village had been put out and no civilians had been hurt.

Russia this month accused Ukraine of attacking a fuel depot in Belgorod with helicopters and opening fire on several villages in the province.

The province borders Ukraine’s Luhansk, Sumy and Kharkiv regions, all of which have seen heavy fighting since Russia invaded Ukraine two months ago.

Ukraine’s general staff said in an early Wednesday update that Russian forces had captured some settlements in the northeast and the east and a Russian assault on Ukrainian forces holding out in the Azovstal steel plant in the southern city of in Mariupol was still going on.

U.N. Secretary-General Antonio Guterres told Russia’s foreign minister on Tuesday that he was ready to fully mobilise the organisation’s resources to save lives and evacuate people from Mariupol.

British military intelligence said Ukraine retained control over most of its air space and Russia had failed to effectively destroy Ukraine’s air force or its air defences.

Ukrainian authorities on Tuesday dismantled a huge Soviet-era monument in the centre of Kyiv meant to symbolise friendship with Russia, according to the city’s mayor.

“We now see what this ‘friendship’ is – destruction of Ukrainian cities … killing tens of thousands of peaceful people,” Kyiv mayor Vitaly Klitschko said.