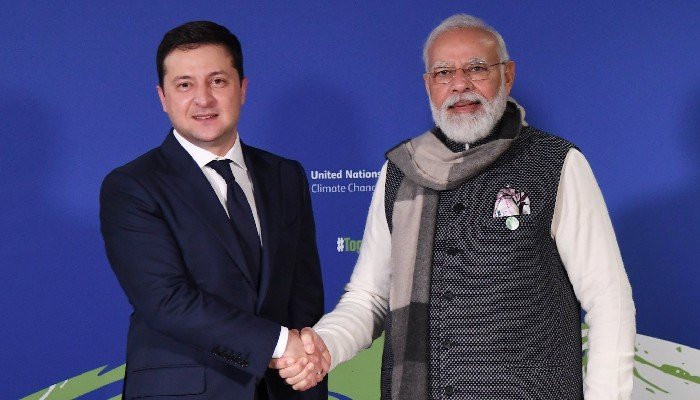 India had near to 20,000 students studying in Ukraine in its various universities before the Russian invasion. It easily accounted for the largest chunk of foreign students in Ukraine. Although India reacted immediately after the start of the war in the dawn of February 24th, the lack of preparations to deal with the contingency had been conspicuous. With the lives of a large number of its nationals at stake, the failure of Indian intelligence agencies to foresee an invasion of this magnitude is glaring and catastrophic. Operation Ganga-to evacuate Indian nationals from Ukraine- had been a strenuous and protracted effort by the government. The ordeal could have been avoided, had the government stayed vigilant and updated on the ground realities.

The situation remained tense at the Russia-Ukraine border from November 2021 when Russia started the build-up of a large number of military personnel on its border with Ukraine along with armor, missiles, and heavy weaponry. The United States was visibly perturbed right from the beginning and was maintaining that an attack was imminent all along.

The US upgraded its travel advisory to Ukraine to “Level 4: Do not travel”, as early as January 24 citing increased threats of Russian military action. The advisory further stated that “The security conditions, particularly along Ukraine’s borders, in Russia-occupied Crimea, and in Russia-controlled eastern Ukraine, are unpredictable and can deteriorate with little notice” and it could severely impact US Embassy’s ability to provide consular services including assistance to US citizens departing Ukraine.

On February 10th US President Joe Biden again urged US citizens to leave Ukraine instantly as “things could go crazy quickly”. Following suit, several of the US allies issued new guidance for its citizens to leave Ukraine immediately by February 11th. These countries include the UK, Germany, Australia, Italy, Israel, the Netherlands, and Japan while some had already evacuated diplomatic staff and families by then.

India waited till February 15th to issue its first travel advisory suggesting its citizens leave the country, presumably pushed by the action taken by the other countries. The advisory, a very lightly worded communique, said citizens, particularly students whose stay is not essential “may consider leaving temporarily”. On February 16th, the India Embassy in Kyiv acknowledged the non-availability of flight tickets and urged the citizens to stay calm. Even the advisory issued on February 20th failed to convey the seriousness of the situation and the need for the urgency of action. The Foreign Ministry got its act together only after the war started on February 24. By then, the airspace was closed and students were left stranded in the country.

The US President, in his opening remarks after the Russian invasion, said Putin “moved blood supplies into position and built a field hospital which tells you all you need to know about his intentions all along”. The President further went on to say that the US had been transparent with the world and shared declassified evidence about Russia’s plans “so that there could be no confusion or cover-up about what Putin was doing”. It’s bewildering that the intelligence agencies of the world’s largest democracy missed or failed to interpret such definite cues from the field. The lethargy of its agencies has put the lives of numerous Indian citizens at stake for days.

Even after the invasion, the lack of proper arrangements in place for an immediate evacuation exposed India’s gross unpreparedness. Many Indian students had to face the tough ordeal of traveling to Ukraine’s western and eastern borders on foot in extremely cold conditions, running short of food and water. There were immigration issues at Ukraine’s western borders, particularly at the Polish border where students were made to wait for days in deplorable conditions. It took several days for Indian officials to successfully oversee trouble-free immigration at the Ukrainian borders.

It is clear that India has not learned its lessons from the lack of preparedness and the chaos that followed the Taliban takeover of Kabul. Even in Afghanistan, where the Indian presence was massive, India’s intelligence agencies failed to foresee the swiftness of the fall of Kabul. India was left at the mercy of the US and the Taliban to escort its citizens to safety. Following the Afghan crisis, the same mistakes keep being repeated at Kyiv.

The Ukraine saga has cast doubts on the ability of Indian intelligence to pass on credible and actionable information to the government. Even as co-members of the ‘Quad’, it appears there are no credible channels for information sharing between India and the US.

Operations of intelligence agencies are obviously oblivious to the public. Nevertheless, episodes like these give an insight that they are not living up to their expectations. Had the government acted in time, the lives of its nationals would not have been put at risk. Essentially, India’s Ukraine narrative has left much to be desired.

Arul Kurian is an independent analyst from Kerala, India.