Russia wants to retain her supremacy in her sphere-of-influence 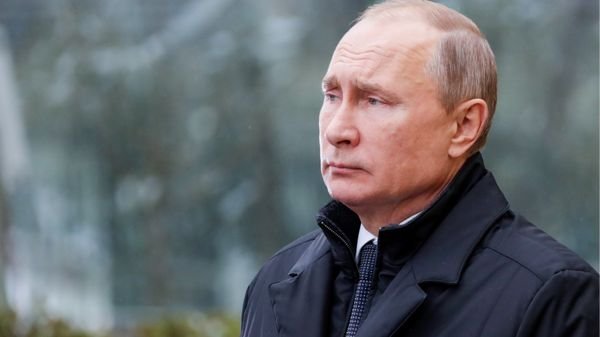 After decades-long hesitation and year-long step-by-step military build-up on Ukraine’s north, east and southern borders while from time to time announcing that Russia had no intention to wage war against Ukraine, finally Russian Federation under the leadership of President Vladimir Putin declared war against the former Soviet Republic and invaded the sovereign country on the morning of 24 February 2022 with full war-gears. It is a different matter that the invasion has not produced the desired quick result as expected by many strategic experts may be due to strong resistance from Ukrainians under the leadership of its youthful President Volodymyr Zelensky. But the attack has so far caused large-scale untold devastation to the victim country’s infrastructures apart from thousands of death and millions of natives’ displacements which are to a great extent comparable with what happened to Afghanistan and Afghanis after the Soviet Union’s southward expansion in 1979 and America supported natives’ resistance then forth. And first of its kind in Europe post-WWII.

The present crisis in Eastern Europe is an unambiguous product of the present American leadership’s Super Power ego, present Ukraine leadership’s immature diplomacy and Putin-Russia’s wish to retain their sphere-of-influence as a legacy from now-defunct Union of Soviet Socialist Republic (USSR).

Post breakdown of the USSR and abolition of the Warsaw Pact, the intergovernmental military alliance of democratic West comprising West European and North American countries called the North Atlantic Treaty Organization (NATO), which explicitly came into existence to safeguard the security of Europe from expansionist Communist Soviet Union post-WWII, should have been dissolved. And if not, at least it should not have been expanded, and that too towards East European countries and most particularly, should not have included former Soviet Republics. But it did expand as insisted by US administrations in many cases, and that too despite warnings from political pundits, politicians –including President Joe Biden’s 1997 warning- and diplomats from America itself against expansions. As per recently surfaced and widely circulated video, in 1997, Joe Biden, who was then US Senate Foreign Relation Committee member, stated, “The only thing that could provoke a ‘vigorous and hostile’ Russian response would be if NATO expanded as far as the Baltic States.” Now, not only NATO include the Baltic States but also instigates Ukraine to be part of NATO.

Henry Kissinger, the former Secretary of State and highly influential diplomat of the US, while writing for the Wall Street Journal in 2014 following the annexation of Crimea, pointed out that Ukraine cannot act as an outpost for either party but rather should act as a bridge between the West and Russia. He said on 5 March 2022, “Ukraine is an inalienable part of Russia’s history and identity –similar but in varying degrees to what President Putin claimed in his speech before the so-called military operation in Ukraine.” In 2014, Henry Kissinger suggested in the Washington Post that “internationally [Ukraine] should pursue a posture comparable to that of Finland. That nation leaves no doubt about its fierce independence, co-operates with the West in most fields, but carefully avoids institutional hostility to Russia.”

President V. Zelensky was supposed to learn a big lesson from the Russian invasion of Georgia in 2008. Georgia, in Eastern Europe and the former Soviet Republic, wished to be a member of NATO with backing from the US.  However, Germany and France said that offering a NATO Membership Action Plan (MAP) to Ukraine and Georgia would be “an unnecessary offence” for Russia. NATO stated that Ukraine and Georgia would be admitted in the alliance and pledged to review the requests for MAP in December 2008. At the conclusion of NATO’s Budapest Summit on April 4, Putin said that NATO’s enlargement towards Russia “would be taken in Russia as a direct threat to the security of our country”. Apart from not learning lessons from the Georgia invasion, Zelensky failed once again to understand the significance of Germany and France advocacy made in NATO summit in 2008 in regard to NATO memberships of both Georgia and Ukraine.

Russian President Vladimir Putin and his senior aides have repeatedly claimed that Western powers broke promises they made not to expand NATO as the Soviet Union collapsed. In his annual end-of-year press conference in Moscow in December, Putin accused NATO of deceiving Russia by giving assurances in the 1990s that it would not expand “an inch to the East”. “Promises made to Soviet leader Mikhail Gorbachev during negotiations between the West and the Soviet Union over German unification”, the Russian leader said. “They cheated us vehemently and blatantly. NATO is expanding,” Putin said.

In contrast, India, a regional power in South Asia –justified due to her population, geographical spread, technological advancement, economic strength and military prowess apart from being with countries of the region at the time of their difficulties with skilled men and materials- is supposed to have her sphere-of-influence as per the reasons pioneered by the US’s 1823 Monroe Doctrine, but does not aspire, forget about demanding for the same alike the US, Russia, China, etc. despite provocations. Even tiny Israel –a dot in world map- also have got her sphere-of-influence, does not allow Arab countries to get Islamic N-bomb. Had India provided refueling facility to Israel Air Force fighter jets, Pakistan would not be an N-power country by now.  Since the end of colonial era in the subcontinent, the US went on arming Pakistan with latest arms and ammunitions and allowed the failed democracy -mostly ruled by ambitious Islamist military dictators- to acquire dreaded Nuclear Weapons. In early 1970s, the West had blatantly supported Pakistan’s military ruler whose forces were involved in rapes, murders and genocides of country’s own population in eastern part. When India was forced to liberate the victims, both the US and UK sent their N-power aircraft carriers and submarines to two northern wings of Indian Ocean in support of Pakistan, though they could not got their desired result due to India’s newly stitched strategic alliance with  Soviet Union which reciprocated by sending her N-fleet to Bay-of-Bengal, exposed presence of her N-submarine close to the conflict zone to the US satellite and moved her army to China border as latter started amassing People’s Liberation Army on India’s northern border. Latter the US got her naval base in Diego Garcia in the Indian Ocean close to India. After Soviet Russia’s invasion of Afghanistan, Washington supplied huge quantity of arms and ammunitions and billions of dollars economic aid to Pakistan to fight invaders, but they were mostly used against India as admitted by none other than former Islamabad Ambassador to the US, Mr Husain Haqqani. Now, China is following the US policies and interfering in the internal affairs of Pakistan, Nepal, Bhutan, Myanmar, Sri Lanka and the Maldives along with building military bases in some.

If the West and the US think Russia will eventually be another India, they are mistaken to their own perils. They should thank that Russia had tolerated from 1991 to 2008 and from 2008 to 24 February 2022. Tsarist Empire and Communist Soviet Union have gone. But their genes have not evaporated with Mikhail Gorbachev’s perestroika and glasnost. They are not like Indian politics. The Western Hemisphere should not forget that Russian President Vladimir Putin is brought up in Soviet Russia’s dreaded KGB.