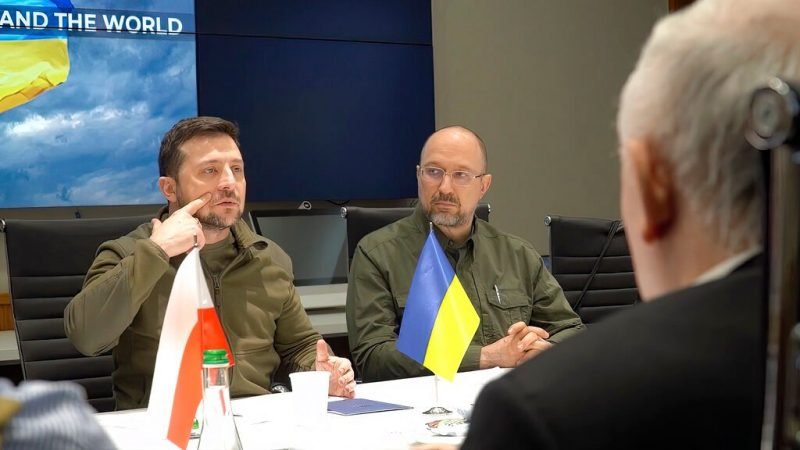 Poland on Tuesday called for a NATO peace mission “protected by armed forces” to help Ukraine.

“This cannot be an unarmed mission,” Vice Premier Jaroslaw Kaczynski was quoted as saying by the Polish news agency PAP during a visit to Kyiv.

“It must seek to provide humanitarian and peaceful aid to Ukraine.”

It is the first visit to Kyiv by foreign leaders since the Russian invasion of Ukraine began on February 24.

“I think that we need a peacekeeping mission from NATO, or even possibly from a larger international structure, but a mission that will be able to defend itself and that will operate on Ukrainian territory, which will be in this country with the agreement of the president and the government of Ukraine and it will not be a defenceless mission,” Kaczynski said.

It “will strive for peace, to provide humanitarian aid, but at the same time it will be protected by appropriate forces, armed forces,” added Kaczynski, who is also the leader of the ruling conservative party in Poland and is considered the main strategist of government policy.

Polish Prime Minister Mateusz Morawiecki again called on the EU to “very quickly give Ukraine candidate status” and added: “We will try to organise defensive weapons”.

The three prime ministers, and Kaczynski, went to Kyiv to “confirm the unequivocal support of the entire European Union for the sovereignty and independence of Ukraine and to present a broad package of support for the Ukrainian state and society,” said a statement posted on the Polish government’s website.

Shortly after their arrival, Ukraine’s deputy prime minister Shmygal praised “the courage of the true friends of Ukraine”.

The European leaders travelled to Kyiv as Russian forces attempt to besiege the Ukrainian capital, which has been put under curfew, and their strikes hit some neighbourhoods.

While the three heads of government are members of the European Council and therefore its representatives, they do not have an official mandate from the council, according to a European source in Brussels.