What would a U.S. ban on Russian oil mean for the world? 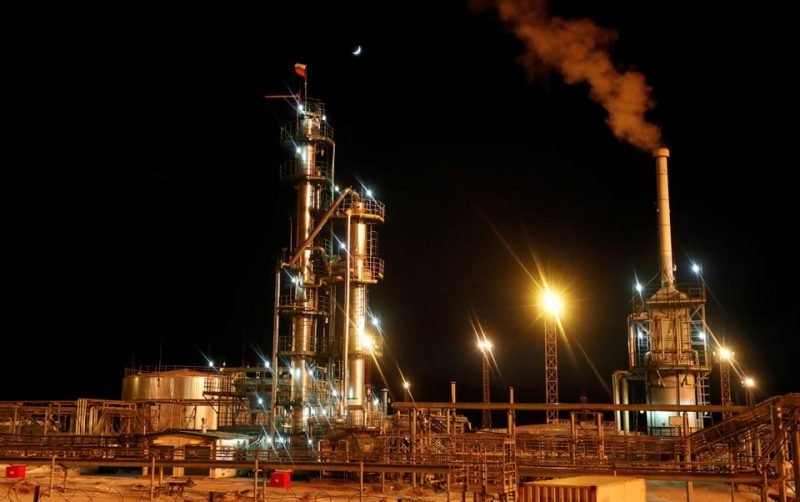 The possibility that the United States might ban Russian oil imports has triggered a surge in Brent crude to almost $140 a barrel, its highest level since 2008.

Russia is the world’s top exporter of crude and oil products combined, at around 7 million barrels per day (bpd ) or 7% of global supply. Such a ban would be unprecedented, turbocharging already sky-high prices and risking inflationary shock.

Here are some of the likely consequences of a ban:

Western governments have not directly sanctioned Russia’s energy sector but some customers are already shunning its oil to avoid becoming entangled in legal troubles later.

JP Morgan predicts oil could hit a record $185 a barrel by the end of 2022 if disruption to Russian exports lasts that long, although along with most analysts polled by Reuters the bank expects a yearly average price below $100.

The last time oil prices were above $100 was in 2014 and levels reached on Monday were not far shy of a peak of more than $147 hit in July 2008. That is a steep climb from two years ago, when a coronavirus-driven demand slump saw a barrel of West Texas crude at below $0 as sellers had to pay to get rid of it.

“A prolonged war which causes widespread disruption to commodity supplies could see Brent moving above the $150 a barrel mark,” Giovanni Staunovo, commodity analyst at UBS, said.

With natural gas prices hitting all-time highs, soaring energy costs are expected to push inflation above 7% on both sides of the Atlantic in the coming months and eat deep into households’ purchasing power.

In addition to being a major supplier of oil and gas, Russia is also the world’s largest grains and fertilisers exporter and a top producer of palladium, nickel, coal and steel. The bid to exclude its economy from the trading system will hit a wide range of industries and add to global food security fears.

A ban on Russian oil would further slow the nascent global recovery from the coronavirus pandemic.

Preliminary calculations by the European Central Bank (ECB) suggest that war could cut euro zone growth by 0.3 to 0.4 percentage points this year in a baseline scenario and 1 percentage point in case of a severe shock.

In the coming months, there is a high risk of stagflation, or little to minimal growth coupled with high inflation. However, further, euro zone growth is likely to remain robust, even if commodity prices prove a drag.

In the U.S., the Fed estimates that every $10 per barrel rise in oil prices cuts growth by 0.1 percentage point, though private forecasters see a more muted impact.

In Russia, the damage is likely to be large and immediate. JPMorgan estimates that its economy will contract by 12.5% from peak to trough.

For the U.S. Federal Reserve, the inflationary impact has already proved too great and its Chair Jerome Powell has said that interest rates need to rise this month, piling pressure on borrowers.

For the ECB, the urgency of policy action is less acute as the labour market still enjoys spare capacity and there is little home-grown inflation.

“No one can seriously expect the ECB to start normalising monetary policy at such a moment of high uncertainty,” ING economist Carsten Brzeski said.

With fossil fuel demand rebounding from the pandemic but supply around the world still tight, policymakers will be under pressure to ramp up supply despite pledges to back green energy.

“There will be a dial back on green initiatives in the short term in an attempt to reverse the contraction we’ve seen in fossil fuel supplies,” Susannah Streeter, senior investment and markets analyst at Hargreaves Lansdown, said.

Talks to unleash Iran from international sanctions are in advanced stages and high oil prices are set to galvanize investment in U.S. shale, but supply may not be set to come online soon enough to replace Russian output.

“The potential supply impacts are so large that there isn’t a quick way to substitute in the medium term, meaning the only mitigant will be price inflation of these inputs and the products that depend on them,” said Alex Collins, senior corporate analyst at BlueBay Asset Management.

The Russian-Western impasse could invigorate Moscow’s relationship with Beijing but the energy infrastructure between the two countries is scant.

“Although Russia’s Pivot to the East has accelerated gas cooperation with China via gas infrastructure … all these developments are still in their infancy compared to the mature markets in Europe,” said Kaho Yu, principal Asia analyst at risk consultancy Verisk Maplecroft.

Renewables could get a boost in the medium- to long-run as countries seek to wean themselves off Russian energy.

“We should take the subsidies we now devote to natural gas, coal, and petroleum and put them into renewable energy generation, electric mobility and EV charging infrastructure, heat pumps, building efficiency upgrades,” said Wolfgang Ketter, professor at the Rotterdam School of Management at Erasmus University in the Netherlands.

“Anything that will lead to long term energy security by reducing fossil fuel dependency.”