Germany’s €100-billion army fund: a remarkable change in post-war policy in response to the Ukraine crisis 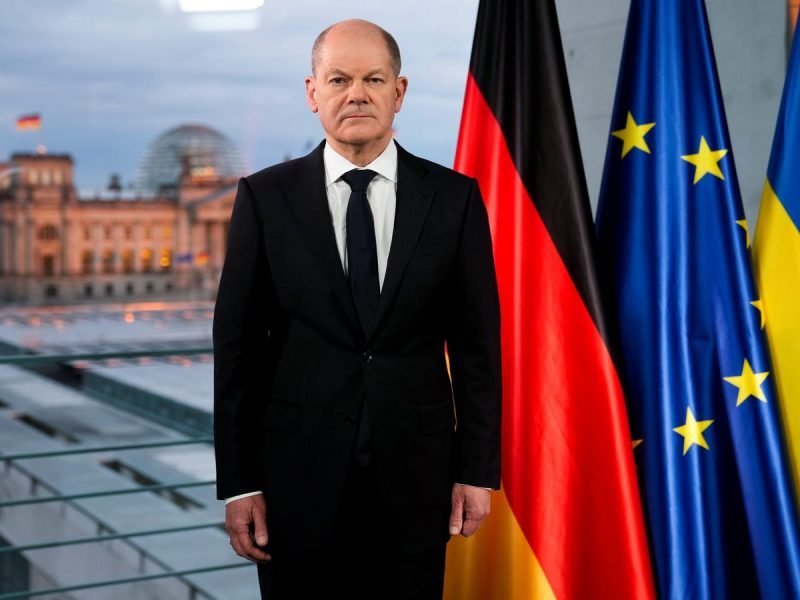 If you’d asked experts just a fortnight ago what the key features of Germany’s approach to foreign and defence policy were, there would have been several strands. Alignment with the west, and of course membership of the EU and Nato would have been a feature. Striving for strong transatlantic links would be another, not least because the country was bruised by its regular, public and bellicose criticism from former president Donald Trump.

But a third strand would have been extreme caution, in its dealings with the EU but especially in defence policy matters. Germany has long preferred to avoid committing troops to joint operations or indeed sending weapons into situations of active conflict. It has instead focused on diplomatic and economic contributions.

Almost overnight, these established tenets of German foreign policy have been demolished. On Sunday, in a powerful speech to the German parliament, Chancellor Olaf Scholz took the country in a different direction, stating that the Russian invasion of Ukraine and Vladimir Putin’s war “in cold blood” was a “watershed” moment for Europe.

The most significant element of Scholz’s response is an immediate and massive boost to defence spending. A €100 billion fund is being proposed for the renewal of Germany’s (increasingly dilapidated) armed forces.

Scholz is committing to take Germany’s defence spending up to 2% of GDP (compared to the current level of 1.4%, noisily criticised as inadequate by Donald Trump but also more quietly resented by Germany’s other Nato partners). Armed drones will be purchased, and a commitment to buy new planes to carry US nuclear weapons as part of “nuclear sharing” was made.

Germany will also supply defensive weapons to Ukraine (having been heavily criticised for not doing so just days before, and indeed even blocking the export of such weapons from Estonia). And, having procrastinated, Germany will now support the exclusion of Russian banks from the Swift payment network. It will also invest immediately to reduce reliance on Russian energy.

Scholz had been criticised for Germany’s sluggish response to the Russian threat. As recently as December he had been calling the Nord Stream 2 gas pipeline from Russia to Germany a “private sector project” – the implication being that it needn’t be stopped. But his speech to the Bundestag went further than even seasoned observers thought possible.

Germany’s foreign policy caution, notably towards Russia, of course runs far deeper than its reliance on Russian energy supply. Today’s Germany is acutely conscious of its history as the aggressor in two world wars in the 20th century, and as perpetrator of the Holocaust. Its invasion of multiple neighbouring countries led to utter destruction, as well as very different borders, and the determination to avoid war.

Its relations with Russia are shaped by that heavy burden of history too. Over 2 million Russian lives were lost in the first world war, and over 20 million from Russia and the rest of the former Soviet Union (including Ukraine) in the second.

After the second world war, Germany was divided, with eastern Germany initially called the “Soviet Zone of Occupation”, before becoming the “German Democratic Republic”, a communist state and part of the Soviet-led Warsaw Pact group of countries. The two halves of Germany were separated by an internal border most powerfully symbolised by the Berlin Wall.

In this period, dialogue with Russia seemed to pay dividends: in the 1970s, under Chancellor Willy Brandt, relations thawed and more contact was permitted between the two Germanies. Extensive negotiation with the USSR enabled agreement on German reunificiation to be reached in 1990.

Ukraine itself is a case in point in illustrating the way Germany approached foreign policy, given its history. Back in 2014, Germany helped get the (now obsolete) Minsk agreements between Russia and Ukraine over the line, and since then has paid substantial sums in development and other assistance. While being somewhat ready to challenge Russian aggression, it saw itself as a mediator in a division of labour, leaving sharper military tasks to other countries, and trying always to keep lines of dialogue with Russia open.

While the changed policy on military spending represents a dramatic shift, Germany’s mainstream political parties are broadly united on the matter. Scholz’s SPD has in fact been the most cautious of the German government’s three coalition partners when it comes to Russia but the party is supportive of the chancellor’s decision.

Liberal and Green coalition partners had in any case been pushing for a firmer line on Russia, but it is striking that fiscally hawkish liberal finance minister Christian Lindner has backed the increased defence spending being paid out of new debt– and that the Greens have not demurred at arms exports. The Christian Democratic opposition has quibbled at the financing of defence spending, while endorsing the principles.

Public opinion has also shifted: a snap poll shows 78% of Germans support the arms exports and investment in the armed forces. Germans are shocked at Putin’s behaviour, and it also feels close to home: 69% fear that Nato will be drawn into the conflict. Yet views are more divided on whether Ukraine should be allowed into Nato or the EU, and rejection of that remains particularly strong in eastern Germany.

A step change for Europe and the world

With the situation fluid, the longer-term implications of Germany’s changed position are not yet clear. Putin’s attack on Ukraine seems to have united Nato and also brought about much stronger EU foreign policy co-ordination, both in terms of sending defensive weapons to Ukraine and deciding on sanctions against Russia. As Scholz put it, “Rarely have we and our partners been so resolved and so united.”

Together, these changes might lead to greater assertiveness towards other potential aggressors on Germany’s part, rather than staying in its comfort zone of diplomatic engagement and economic support – the additional military capacity, while aimed primarily at the Russian threat, could have wider uses. Either way, this decision from newly installed chancellor Scholz has, in one move, completely transformed Germany’s global role.