EXPLAINER: What are the key parts of Ukraine’s peace deal? 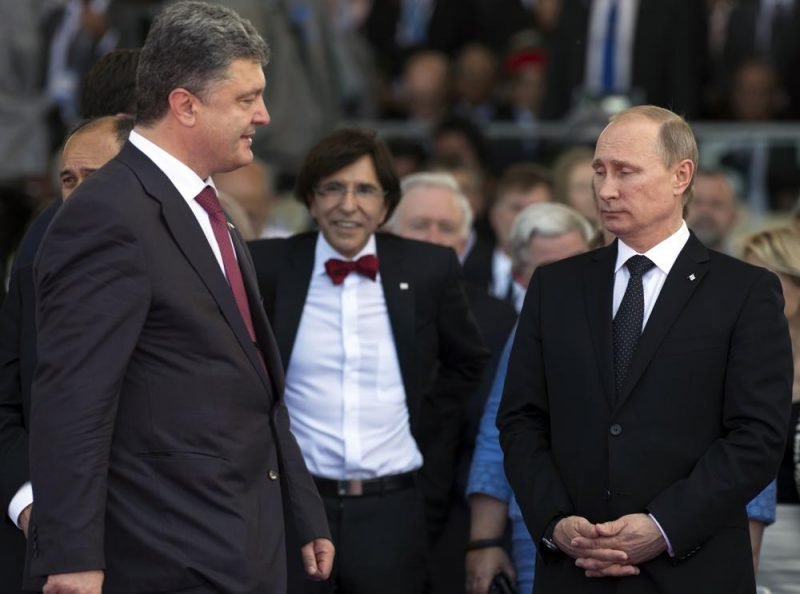 A peace agreement for the separatist conflict in eastern Ukraine that has never quite ended is back in the spotlight amid a Russian military buildup near the country’s borders and rising tensions about whether Moscow will invade.

Top officials from Russia, Ukraine, France and Germany are meeting Thursday in Berlin to discuss ways of implementing the deal that was signed in Belarusian capital Minsk in 2015.

Here is a look at the document’s key points and the contested issues regarding its implementation:

Conflict in the east

Russia responded to the February 2014 ouster in Kyiv of a Kremlin-friendly president by annexing Ukraine’s Crimean Peninsula and backing a separatist insurgency in the country’s mostly Russian-speaking eastern industrial region known as the Donbas.

Ukraine and the West accused Russia of backing separatists with troops and weapons. Moscow rejected the accusations, saying that any Russians who fought in the east were volunteers.

Amid the fighting, Malaysia Airlines Flight 17 was shot down over eastern Ukraine on July 17, 2014, killing all 298 people aboard. An international investigation concluded the jetliner was destroyed by a missile fired from a rebel-controlled area. It said the weapon was brought into Ukraine from a military base in Russia, but Moscow categorically denied any involvement.

Leaders of France and Germany began efforts to negotiate a truce in talks with Russia and Ukraine when they met in Normandy, France, in June 2014, in what became known as the Normandy format.

After a massive defeat of Ukrainian troops in August 2014, representatives from Kyiv and the rebels signed a truce in Minsk in September 2014.

The document, dubbed Minsk I, envisaged a cease-fire monitored by the Organization for Security and Cooperation in Europe, a pullback of foreign fighters, an exchange of prisoners and hostages, an amnesty for the insurgents and a promise that rebel regions could have a degree of self-government.

The agreement collapsed quickly and large-scale battles resumed. In January and February of 2015, Ukrainian troops suffered another major defeat in the battle of Debaltseve.

France and Germany moved quickly to help broker another peace agreement, and on Feb. 12, 2015, representatives of Ukraine, Russia and the rebels signed a deal that envisaged a new cease-fire, a pullback of heavy weapons from the line of contact between the troops and the rebels, and provisions for a political settlement. A declaration in support of the deal was signed by the leaders of Russia, Ukraine, France and Germany.

The deal, dubbed Minsk II, included an OSCE-monitored cease-fire, a pullback of heavy weapons and foreign fighters from the line of contact and an exchange of prisoners.

In a major diplomatic coup for Russia, the document obliged Ukraine to grant special status to the separatist regions, allowing them to create their own police force and have a say in appointing local prosecutors and judges. It also required Kyiv to offer a sweeping amnesty for the separatists and negotiate details of holding local elections with rebel leaders.

It stipulated that Ukraine could only regain control over the border with Russia in rebel regions after they get self-rule and hold OSCE-monitored local elections — balloting that would almost certainly keep pro-Moscow rebels in power there.

In another gain for the Kremlin, the document didn’t contain any obligations on the part of Russia, which insisted it’s not a party to the conflict and cast it as part of Ukraine’s internal affairs.

Many in Ukraine resented the deal, seeing it as a betrayal of national interests and a blow to the country’s integrity. The widespread public dismay has effectively blocked the deal’s implementation.

While the Minsk deal helped end large-scale battles, frequent skirmishes have continued, with both sides blaming each other. The parties have negotiated a long series of renewed cease-fires, but all have been quickly violated.

Ukraine has accused Russia of failing to withdraw its troops from the conflict areas. Moscow has staunchly denied their presence there and pointed to the deployment of Western military instructors in Ukraine.

While denying any military involvement in eastern Ukraine, Russia has offered political and economic support to the rebels and granted citizenship to more than 700,000 residents of the region.

The leaders of Russia, Ukraine, France and Germany pledged adherence to the Minsk agreement when they last met in Paris in December 2019 but made no visible progress.

Ukrainian President Volodymyr Zelenskyy has pushed for another four-way summit, but the Kremlin said it would serve no purpose until Ukraine agrees to abide by the deal’s obligations.

Amid soaring tensions over the Russian military buildup near Ukraine, France and Germany have intensified their efforts to broker more four-way talks on the conflict in the east, seeing that as a possible way to ease tensions in the larger crisis.

Representatives from the four countries met in Paris on Jan. 26, securing no progress but they agreed to hold the session in Berlin on Thursday, with a goal to agree on a common interpretation of the Minsk agreements.

French President Emmanuel Macron sought to revive the Minsk deal during his visits to Moscow and Kyiv this week, describing it as “the only path allowing to build peace … and find a sustainable political solution.”

The pressure on Ukraine

Facing Western calls for the implementation of the Minsk deal, Ukrainian officials have become increasingly critical of the document.

Oleksiy Danilov, the secretary of Ukraine’s National Security and Defense Council, told The Associated Press last week the deal was signed “under a Russian gun barrel,” and warned that “the fulfillment of the Minsk agreement means the country’s destruction.”

Ukrainian Foreign Minister Dmytro Kuleba argued that Moscow aims to use the deal to have the rebel regions reintegrated into Ukraine and use them to block the country’s pro-Western aspirations, vowing: “This is not going to happen.”

Zelenskyy was more diplomatic but noted that he dislikes every point of the Minsk document, a comment that drew a taunting and crude remark from Russian President Vladimir Putin.

“Like it or not, you have to bear with it, my beauty,” Putin quipped, using a coarse verse from Russian folklore. “You have to fulfill it. It will not work otherwise.”