Ukrainian Crisis and Russia- A case of butterfly effect? 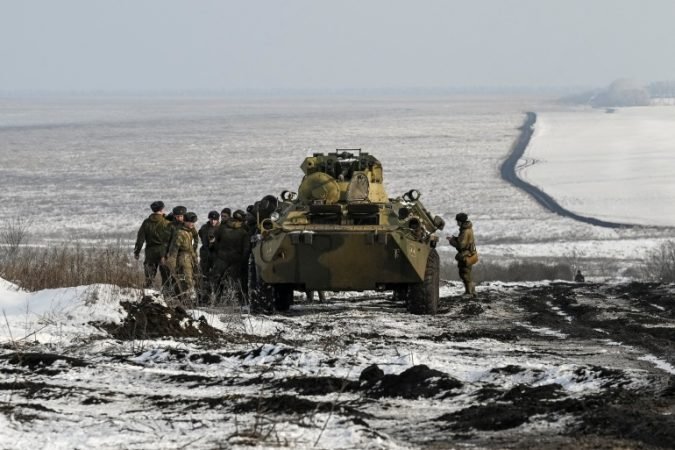 As western powers prepare to drop “MOAS” i.e. mother of all sanctions on Russia to ensure proper motivation through potential heavy economic losses in case of any unfortunate occurrence that can lead to violent confrontations. The annexation of Crimea certainly is very fresh in the memories of the Ukrainian people but what makes this entire situation peculiarly interesting is the availability of multitudes of paradigms or narratives trying to highlight the primary objective of parties involved along with the risk it carries to transform contemporary political alliances. The situation where China’s support towards Russia in this regard has left India in fix as to how to face this tricky situation as India cannot afford to remain a mere backseat passenger being an evolving dominant power that needs to act in a similar fashion too. The Nord Stream pipeline project is also an important variable to consider while evaluations about European position are made as it is much more than an expensive project undertaken to fulfil colossal energy requirements of European nations currently in transition from conventional energy sources to next-generation energy sources.

Russia and Crimeia- What, How and Why.

Crimea has been forcibly converted into a part of direct Russian influence under the pretext of safeguarding the interests of the ethnic Russian majority, which accounted for about 60% of the population, and in an attempt to legitimize the situation, a referendum was held in which Russia overwhelmingly with 96.7 % vote was chosen as its benefactor. Some leaked reports however present a different story altogether which puts the total participation at a mere 30% out of which only 50% agreed with the plan of taking over by Russia. Crimea is regarded by Russians as the Christian birthplace of Kievan Russia, a proto-state of Russia and Ukraine. However, the Soviet Union simply tied Crimea to its Ukrainian republic for administrative convenience in 1954, but the two remained linked even long after the Soviet Union dissolved. However, in regard to his waning popularity during his third term as Russian premier, Putin took strong action in order to bring Crimea back to where it originally belonged. The most astonishing result of this situation varies according to the perspective of different actors involved. The waning popularity of Vladimir Putin skyrocketed as well as powerful states of the western world along with multitudes of International Organizations were again unable to prevent the occurrence of the biggest annexation post-1991. The imposing of Western sanctions rather than having a demoralizing impact to start any form of conflict had a counter impact as it sparked a wave of nationalism which was exactly what Vladimir Putin desired the most at that time. The Kremlin retaliated by imposing counter-sanctions on the West. The loss of Italian prosciutto, French cheese, and Polish carrots appeared to be a disaster at first. However, it had unforeseen repercussions, namely, a boost to Russian agriculture. The country has transformed itself into a powerful grain exporter, reviving a once-forgotten industry. The ambiguity of this whole annexation scenario which also includes the shooting down of “Malaysian Flight 17” from Ukrainian land by pro-Russian rebels clearly highlights the risk populist leaders are ready to take in order to consolidate their position.

Ukraine was a member of the Soviet Union before the Cold War ended in 1991, and it shares an eastern border with Russia. Following the breakup of the Soviet Union, Russia’s people, land, and economy were severely diminished. It also lowered Russia’s standing as a superpower. Now, Russian President Vladimir Putin is attempting to recover some of that grandeur, as well as reverse some of the damage Russia suffered during the Cold War. “One people, a single whole,” he has said of Russians and Ukrainians. Post toppling of the pro-Russian regime, Ukraine has witnessed several bloody episodes which have incurred a heavy price where almost 14,000 people lost their life due to ceasefire violations or due to Moscow backed insurgency movements. Putin went to such extreme end to claim that this nation is an artificial, man-made entity and have no historical legacy other than which is succeeded by Russia post to break down of USSR which again according to an ex. KGB turned supreme leader is the greatest catastrophe of the 21st century. Thus a leader who is struggling with declining social approval if drives a nation to its former glory, will always be perceived positively in societies susceptible to populist tendencies which ultimately leads to rise in patriotism and nationalism against a commonly perceived, historic foe.  Personally, It feels like too much of a potential price for the sake of glory as it is akin to further increasing instability to already volatile structure as many countries have many claims on numerous regions currently governed by other states. Russia has adamantly denied invasion intentions on several occasions. Moscow, on the other hand, has amassed 100,000 troops along the Ukrainian border and is sending tanks, infantry combat vehicles, rocket launchers, and other military hardware westward from facilities in Russia’s far east. Furthermore, Russia is sending soldiers and S-400 surface-to-air missile systems to Belarus, which borders Ukraine as well as NATO allies Poland, Latvia, and Lithuania. In the Black Sea and the Sea of Azov, Russia has also placed numerous ships close to Ukraine’s coastline. It also conducts naval manoeuvers with Chinese naval forces in the Atlantic and Pacific seas, as well as in the Arabian Sea. Moscow launched additional military manoeuvers in the North Caucasus on January 25. The main question that remains and is yet to be answered is why such drastic steps are taken by Russia? Is it a situation where Russia is trying to overstretch its capabilities or is Ukraine that important for Russia to risk a World War in today’s time? I personally believe that it is none of the above mentioned as this situation can also be used by Russia to pressurize the west into a situation that favours Russia. Whether it is to prevent Ukraine from joining E.U or it is to increase the sphere of influence even if it is indirect. If it stabilizes the internal situation or people moving away from the question of Crimea it is an additional advantage. Germany is threatening severe economic consequences, including the Nord Stream Pipeline II project, but it is ironic that same Germany is responsible for the project’s delay as it moves toward cleaner energy sources, but Europe’s billions of cubic meters of natural gas, which could lead to severe food shortages, must rely on Russia, at least in the short term, but this is a risky reliance.

The current scenario has unfolded in a very tricky situation for India as Beijing’s active support to our close ally Russia can have serious implications for this decades-long relationship. India’s careful and cautious stand during the annexation of Crimea by P.M Manmohan Singh government was well received by Moscow but that time has been long passed. Neutral position or choosing any side is equally difficult for India thus India may have to choose a different stand this time as either way relative loss will be massive. Indian students studying in Ukraine are in tune of 18,000 which would have been a matter of concern but prevention of online mode of education during the COVID-19 pandemic prevented it to some extent. Still, this turbulent situation has potential for Moscow- Beijing friendship which somehow will have to keep a close inspection of future events and needs to explore all its options before both ships sail leaving India behind onshore.