The Ukraine Crisis and India’s Dilemma 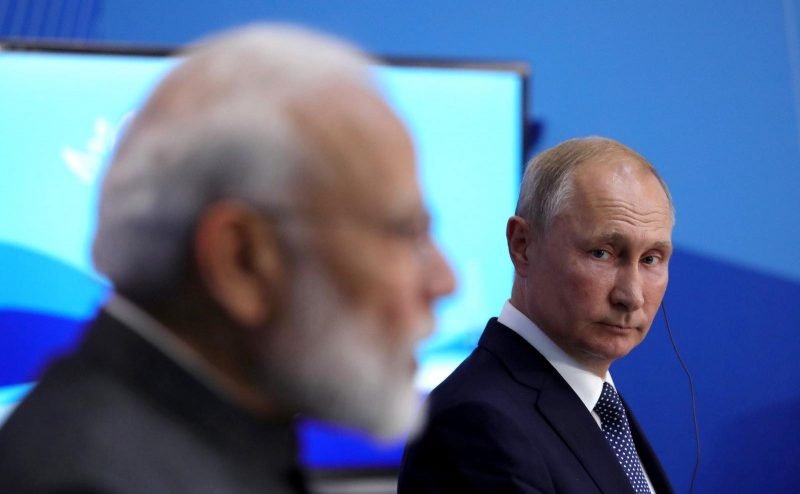 While India has diplomatically kept itself aside in this ongoing crisis between Russia and Ukraine, where the situations are similar to that of World War times. Due to Russia’s aggression, Ukraine is afraid that Moscow may invade Ukraine. However, Moscow has again said that it will not go to war first. Ukraine is being supported by the U.S. in terms of military assistance including modern warfare technologies and new equipment.

The world knows that Ukraine cannot stand long in front of Russia if it all comes openly. Somehow the situation will turn into the U.S. versus Russia game. And this is what the bigger problem is that any country of the world would not wish for.

When it comes to India, Washington has already announced that it will welcome India’s role in de-escalating the situation between both countries. It is not only important for these countries but for the whole world and India at large.

India cannot risk itself by gliding in any direction when there is an S400 missile defence system deal in the pipeline and where the first deliveries started at the end of the last year only. India also cannot subside the possibility of CAATSA sanctions by the U.S. just in the name of its healthy relations with it as in International Relations nothing remains permanent forever.

Ministry of External Affairs, India has stated that India maintains an independent foreign policy which is also reflected in the defence purchases and all such engagements are in line with India’s national interest and security.

India has very close relations with Ukraine as well. The Government of India recognized the Republic of Ukraine as a sovereign country in December 1991 and established diplomatic relations in just January 1992. And just within a year, Ukraine opened its mission in New Delhi in February 1993 for the first time in Asia.

The world currently is not in a situation to absorb such type of tense situation where it is facing some of the larger issues like the Covid19 crisis and financial slowdowns. And when it comes to the humanitarian crisis based on war, we have seen in Afghanistan where millions of people are bound to live very scary life under the Taliban.

Brent crude prices surged to $90 a barrel in the last 7 years and this was primarily due to the escalating Ukrainian crisis and also the tensions in West Asia. The prices can also scale upwards even now due to the possible supply chain disruptions in both these regions. Where the U.S., Russia and Saudi Arabia are the top three oil-producing countries in the world.

The U.S. has warned of the distinct possibility of direct military action by Russia in Ukraine in the coming days and in case this happens this will give China an opportunity to learn at the side of Russia and take advantage of it. Because it’s China that has come out openly to support Russia. According to SIPRI, India makes 60 percent of the defence purchases from Russia. And this can get impacted due to any pressure from the Chinese side. And somehow that will use this against India as well which will further escalate tensions in the region.

India needs to maintain the balance of power and also look for its strategic benefits. It cannot risk getting out of any of the defence deals. And also it cannot remain silent as it will defiantly impact India for its ask for a permanent seat in the U.N. Security Council.

For India, it is time to wait and watch and take any step in a balanced way because any wrong message will impact the future of its partnerships. India has dealt with similar kinds of situations in past as well and has always come out with something that is helpful in mainlining the status quo.

India needs to manage both U.S. and Russia at the same time as these things will keep on happening and India cannot always be in a dilemma of supporting one and fear of losing another. Every decision should be based on self-interest and the values which India is always known for. It also needs to send China a strong message that it doesn’t matter what it does, on whom side it may lean, at the end its India who will decide the shape of its future strategic partnerships.