India Latin America cooperation in the wake of the pandemic era: a resilient paradigm 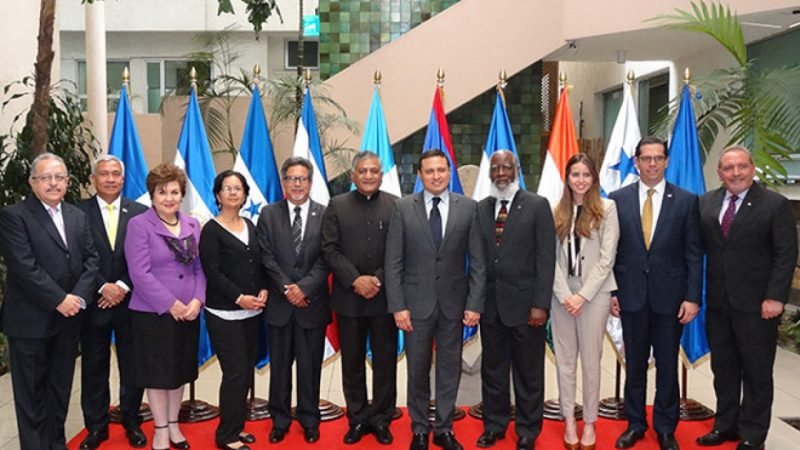 Much has been said about China’s involvement in the Latin American region, in the form of infrastructure and also as providers of vaccine and healthcare solutions during times of COVID 19. However, how the pandemic is going to change of dynamics of India Latin America relations or the potential it offers is something interesting that needs to be studied about. India has a lot to offer in terms of accessible healthcare and vaccine solutions especially during this time of pandemic where Latin America which is home to around 8.42 percent of the world population accounts for almost 28 percent of the Covid induced deaths. India can play something beyond the role of its traditional “pharmacy of the world” role.

Interestingly, India’s Serum Institute of India, had reached agreement with the Brazilian government to ship around two million doses of its covishield vaccine just days after India had rolled out its vaccination program. Another Indian company Bharat Biotech had also reached an agreement with Brazil to deliver around 12 million doses of vaccine for the remainder of 2021. Moreover, India also supplied around 8,70,000 doses to Mexico and 5,80,000 doses of vaccine to Argentina. Many of the Latin American countries are in constant touch with India to provide them affordable vaccines. This is partially due to India’s reputation as a leader in generic medicine and its contribution to the global health supply chains. India also has as many US Food and Drug manufacturing facility registration (US FDA) as the United States and India’s active pharmaceutical ingredients registration is nearly equal to that of the United States and China combined. As a result, India has an edge over China in providing accessible and high-quality healthcare solutions to the region.

Recently, India’s Biological E inked a deal with Johnson and Johnson to produce 1 billion dollar of vaccine and make it available to the developing world. This is significant given that the director general of WHO Mr. Tedros Adhanom has been consistently criticizing the rich countries for “hoarding” vaccines which might result in prolonging the pandemic. This agreement with Johnson and Johnson can provide a big boost to the countries of the global south which are struggling to vaccinate their population. Recently Paraguay had approached China for providing its Inova vaccine, China had agreed, however on the condition that Paraguay withdraw its recognition to Taiwan and adopt the “One China Policy”. As a result, Paraguay approached Taiwan and Taiwan asked India to help Paraguay which delivered the vaccines to Paraguay.

India ‘s approach is not based on conditionality and blackmail and this is what differentiates it from China. While, the vaccines as well as affordable medicines are something which India can do in the short run, in the long run India can provide holistic wellbeing solutions in Latin America. While China can provide pharmaceuticals and medical technology it cannot provide wellness. It is interesting to note that there is a growing penchant for alternate systems of medicine like Ayurveda as well as Indian spiritual traditions like Yoga in Latin America. When India brought up a resolution for the International Yoga day in the United Nations general Assembly, the Latin American countries were also among the 130 countries that extended their support to the resolution in the UNGA. India can use this popularity to promote “wellness diplomacy” in Latin America in the Long run.

After healthcare, Digitization is another area which India and Latin America can cooperate on Digital economy and e commerce is becoming all the more relevant in the context of the pandemic due to the increasing role of physical distancing. It is noteworthy that Indian companies like Wipro and Tata consultancy services (TCS) have established their presence in Latin America. Unlike the Chinese, the Indian companies are employing local talent and is also engaging in considerable transfer of technology. According to Hari Seshasayee, who is an expert in Latin America with the Confederation of Indian Industry (CII), Only around 24 percent of Indian companies are engaged in extractive industries in Latin America as opposed to 57 percent in case of China. India can assist Latin America in its digitization efforts. India has a large service sector economy, as a huge share of its GDP comes from the service and tertiary sector. The Indian companies can share their expertise by supporting digital solutions especially in the financial services sector. Indian approach is again different from that of China, as China also plays a huge role in supporting digital infrastructure in Africa and Latin America, but at the same time it also engages in data mining and stealing of data. The Indian government on the other hand does not ask its companies to engage in such acts.

Latin American governments have come up with the most innovative schemes in the social sector especially health, education and food security. Latin America was able to reduce absolute poverty, inequality and also improve access to health, education, food security, potable water, housing etc in the past decade due to active state intervention under the leadership of Presidents like Hugo Chavez, Evo Morales, Rafael Correa, Lula Da Silva etc. India had sent a delegation to Brazil during the UPA government under the prime minister ship of Manmohan Singh to study Brazil’s “Program Bolsa Familia”, which was a cash transfer scheme introduced by the Lula Da Silva’s government in 2003 aimed at reducing poverty and inequality and also increasing school enrolment. However, the changes in political environment of Latin America post 2010 and the present Pandemic has affected the resilience of the social systems in Latin America. This is where a country like India which has a resilient and elaborate social sector like the Public Distribution Stemmed may meal schemes and also employment generation schemes like MNREGA can assist Latin America in building a robust social welfare system in the post pandemic period. India has successfully implemented the Jandhan Aadhaar Mobile (JAM) trinity initiative which ensures that the government subsidies and welfare schemes reach the target group in an efficient manner. India can help Latin America in emulating the same and building an efficient, resilient and robust social system by sharing its prowess in providing technological solutions.

One thing that the world has applauded India for and looked up to is that India has survived as a thriving and vibrant democracy despite having a diverse population and a host of internal issues. Free and fair elections plays a huge role in this perception. This is one area where India may not, but can explore in deepening its relations with Latin America. The Election commission of India can assist Latin America in the conduct of free and fair elections. However, India need not directly involve itself in the elections in Latin America as it’s a controversial and sensitive issue in Latin American countries, however the Election commission of India can do this through the   Electoral assistance division of the United Nations.

Unlike the Chinese model which is “predatory” the model pursued by India in Latin America is based on “empowerment”. India needs to push this model in an assertive manner and needs to develop a coherent policy towards the region, as India’s policy has been more reactive than proactive. The engagement with Latin America has increased considerably under the present NDA government, but much more needs to be done to stand a chance against China.

Basu, N. (2021, January 14). Brazil to be first country to get Covid vaccine from India,SII to supply 2 million doses. Retrieved from www.print.in.