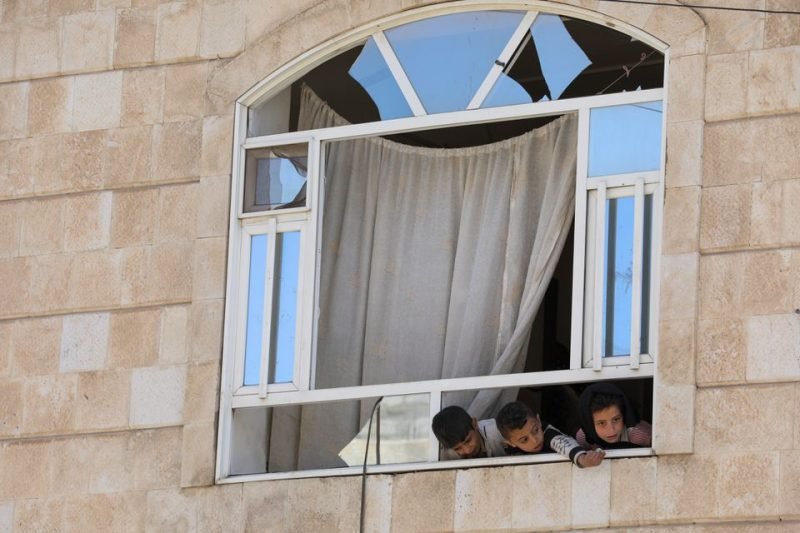 The Saudi-led coalition fighting in Yemen said on Tuesday it bombed military targets in the capital Sanaa after the Iran-aligned Houthis launched ballistic missiles and armed drones into Saudi Arabia, including at Aramco oil facilities in Jeddah.

The tit-for-tat violence has escalated dramatically over the last months despite efforts by the United States and the United Nations to engineer a ceasefire in the seven-year-old war that has caused a dire humanitarian crisis.

The coalition conducted “precision strikes on legitimate military targets in Sanaa” and in the last 24 hours also struck Houthi targets in Marib and Jouf, a coalition statement said.

The Houthi military spokesman had earlier said the group fired several ballistic missiles and used 25 armed drones in attacks on Saudi targets, including an Aramco oil facility in Jeddah and the defence ministry in the capital Riyadh.

The coalition said late on Monday one ballistic missile was intercepted over Riyadh, where residents reported loud blasts, and destroyed two armed drones launched from Yemen towards the kingdom.

Aramco, which has a petroleum products distribution plant in Jeddah, did not immediately respond to a request for comment.

There were no reports of casualties or significant damage from the Houthi strikes, which the spokesman said also included King Fahad air base in Taif region in addition to military sites in Riyadh and the city’s airport.

U.N. Special Envoy for Yemen Hans Grundberg said the military escalation of the conflict in Yemen is “deeply alarming” and called on the warring sides to exercise restraint.

“Military options will not result in sustainable solutions. The parties have a responsibility to prioritize the needs of civilians and to cooperate with the U.N. efforts to revive a political process,” Grundberg said in a statement.

The Houthis have stepped up cross-border attacks as the coalition has intensified air strikes on Sanaa and gas-rich Marib, which this year became the focus of the war and where thousands of fighters from both sides have been killed.

The Saudis accuse Iran of supplying the Houthis with missiles, while U.N. investigators have said some of the weapons have technical characteristics similar to arms manufactured by Iran. The Houthis say they manufacture their weapons themselves.

The coalition intervened in Yemen in 2015 after the Houthis ousted the internationally recognised government from Sanaa.

The war has killed tens of thousands, predominantly civilians, and pushed Yemen to the brink of famine.