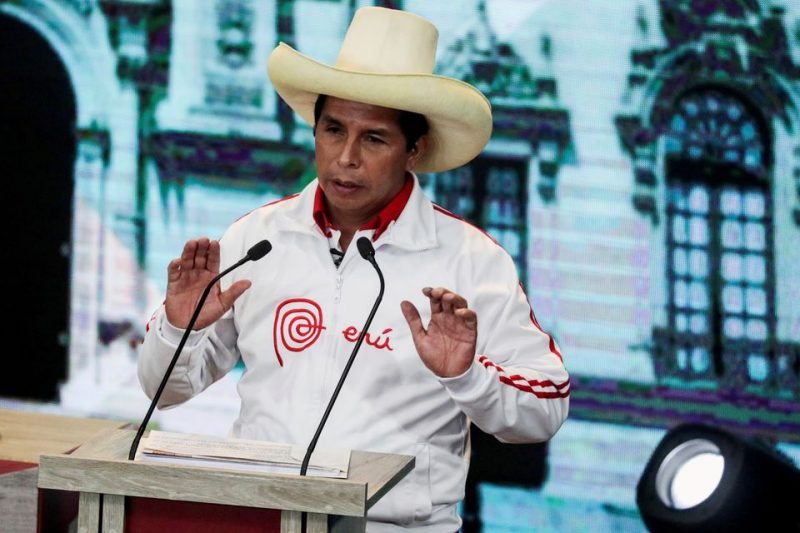 Peruvian President Pedro Castillo gained breathing room on Tuesday after Congress voted against a motion to impeach him amid protests in capital city Lima both for and against the under-fire leftist leader.

Peruvian lawmakers voted 76 against the motion and 46 in favor, short of the threshold required to proceed to an impeachment trial, after Castillo garnered support in recent days to fend off the attempt to oust him by right-wing parties.

The impeachment vote had threatened to tip Peru into political uncertainty with Castillo battling crises as his popularity wanes months into his administration amid corruption allegations and widespread mining protests.

Castillo’s own party, the Marxist Peru Libre, had at one point considered supporting the motion, though on Monday rallied behind the president despite clashing with him over policy and called the attempt a right-wing coup.

Earlier in the day hundreds of protesters supporting and opposing Castillo, a former teacher from a peasant farming family, had congregated around Congress.

Another protester, who gave her name as Jacky, said she wanted Castillo out because she alleged he was “destroying Peru, destroying our economy and the freedom of all Peruvians.”

“”The issue of vacating (the presidency) is slowly being deflated,” Vice President Dina Boluarte had told reporters earlier on Tuesday.

The three right-wing parties seeking Castillo’s removal controlled 43 legislators. The motion needed 52 votes from the 130 members of Congress to move forward and then 87 votes in a later vote to remove the president from office.

The reprieve comes as prosecutors investigate alleged cases of corruption by aides to Castillo, who accused his opponents and “economic interest groups” of conspiring against him.

The Andean country’s fragmented Congress has a history of clashing with the executive branch.

The copper-rich country has had five presidents since 2016. In 2018, Pedro Pablo Kuczynski resigned from the presidency minutes before an impeachment vote, while centrist Martín Vizcarra was ousted following two impeachment trials last year.