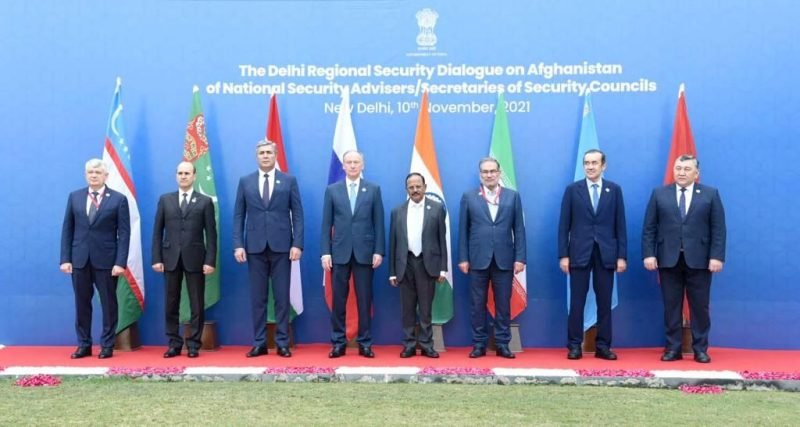 Diplomats and security analysts from Afghanistan’s neighbours, with the notable exceptions of China and Pakistan, gathered in New Delhi on Wednesday to discuss how to engage with the country’s Taliban rulers.

Convened less than three months after the withdrawal of the last U.S. and Western forces from Kabul, the Delhi Regional Security Dialogue for Afghanistan was attended by representatives from India, Iran, Russia, Kazakhstan, Kyrgyzstan, Tajikistan, Turkmenistan and Uzbekistan.

“We all have been keenly watching the developments in that country. These have important implications not only for the people of Afghanistan, but also for its neighbours and the region,” Ajit Doval, the top security advisor in the Indian government, said.

Pakistan has reclaimed influence in Kabul since the capitulation of the Western-backed government in August, and the Taliban is hoping to attract investment from China to help rebuild an economy that has imploded following the withdrawal of western aid.

Both countries stayed away from the meeting in New Delhi, with China claiming a schedule clash, and Pakistan boycotting the conference, with National Security Advisor Moeed Yusuf accusing India last week of being a ‘spoiler’ in the region.

India held its first formal meeting with Taliban officials last month in Qatar, and several of the other governments represented at the conference have also met with Afghanistan’s new leaders.

Independent security experts and former Indian diplomats who have served in Afghanistan in recent years say engagement with the Taliban is needed to counter the influence of rivals Pakistan and China.

It was unclear whether India had invited the Taliban to attend the conference in New Delhi.

The Taliban’s acting foreign minister Amir Khan Muttaqi began a three-day visit to Pakistan on Wednesday, and a Taliban spokesman in Kabul expressed optimism over meetings held in Islamabad, Moscow, Tehran and New Delhi as it showed the importance of Afghanistan to the region.

“We are optimistic, because the whole region needs stability and security in Afghanistan… the meetings that are going to happen pave the way to understanding, and they are hopefully in the benefit of Afghanistan,” said spokesman Zabihullah Mujahid.

International donors in recent weeks have pledged more than $1.1 billion to help Afghanistan. Thousands of Afghans are fleeing the country daily to escape the poverty and hunger that has worsened since the Taliban took power.