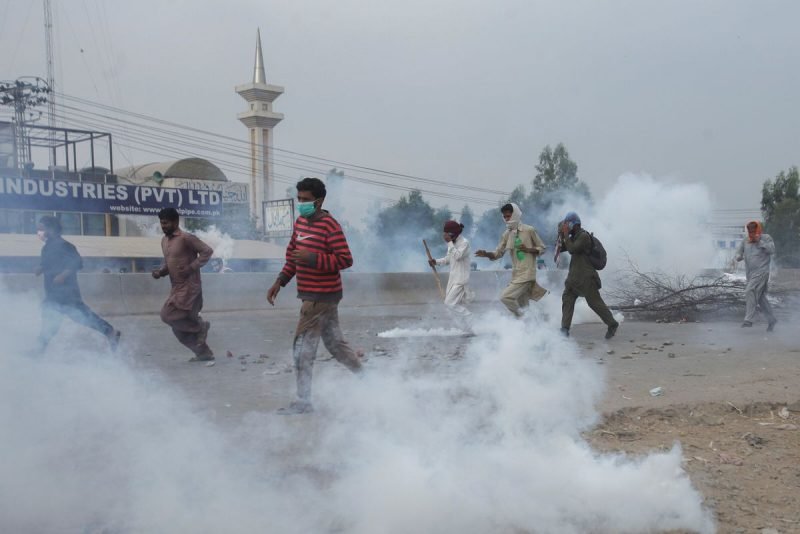 Pakistan removed Islamist leader Saad Rizvi from its terrorism watchlist on Thursday, paving the way for his release from detention under a deal to end weeks of deadly protests by his followers over an alleged blasphemy.

The move came a week after the government agreed to free 2,000 detained members of his Tehrik-e-Labaik Pakistan (TLP) movement, lifted a ban on the group and agreed to let it contest elections.

In return, the TLP has agreed to shun the politics of violence and withdraw a demand to have France’s ambassador expelled over the publication of caricatures of the Prophet Mohammad by a French magazine, negotiators have said.

The TLP took to the streets in mid-October, kicking off weeks of protests and clashes that killed at least seven policemen, injured scores on both sides and blocked the country’s busiest highway.

At the height of the violence, Prime Minister Imran Khan’s government banned the TLP, designated it a terrorist group and arrested Rizvi.

A government notification seen by Reuters said the TLP chief Saad Rizvi’s name was “hereby deleted” from the terrorism watchlist after authorities lifted the ban.

It did not go into further details and the government and the interior ministry did not immediately respond to requests for comment. But legal experts said a removal from the watchlist would be a legal prerequisite for any release.

The TLP, which can mobilise thousands of supporters, was born in 2015 out of a protest campaign to seek the release of a police guard who assassinated a provincial governor in 2011 over his calls to reform blasphemy legislation.

It entered politics in 2017 and surprised the political elite by securing more than 2 million votes in the 2018 election.

The next national election is scheduled for 2023, and analysts expect political groups to start gearing up from early next year.