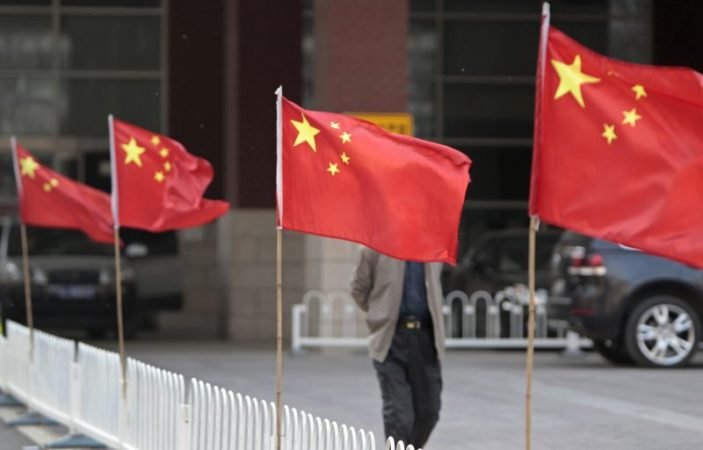 Excursion to the past

On March 5, 1946, at Westminster College in the US state of Missouri, former British prime minister Winston Churchill delivered a famous speech that marked the beginning of a long-lasting confrontation between the world’s two most dominant competing ideologies. At this time capitalism went into an active phase of “hostilities” against communism. Later, this confrontation would receive the ominous title of “The Cold War.” Churchill’s address will go down in history as the “Iron Curtain Speech” – giving a name to the ideological barrier that arose between the United States and the Soviet Union in the 20th century.

Three years later, 12 nations led by the United States formed a military and political alliance, the main goal of which was to contain the growing influence of the Soviet Union.

There are a lot of interesting details associated with the history of NATO. For example, the basis of the future North Atlantic Partnership was the Brussels Pact (the union of Belgium, Great Britain, Luxembourg, the Netherlands and France). At the same time, the United States, Canada and Great Britain conducted secret negotiations on the creation of their alliance. Be that as it may, the fact remains that in April of 1949, the world’s most powerful military-political alliance was created. After 40 years this alliance was able to accomplish its primary goal of neutralizing the Soviet Union.

They say history is cyclical. It is difficult to argue with this fact, especially if you look at the picture of what is unfolding in the world today. Conflicts between political systems and leading economies is obviously a continuing trend in the twenty-first century. However, in this “new film” the cast has changed a little: the role of the main villain is now played by China, otherwise, the storyline remains extremely familiar. The inseparable Washington-London pair act as champions for justice and world order. Everything we see happening resembles a good remake of a long-shot action thriller with elements of comedy.

“Growing aggression” as a universal reason

The most popular description of China’s policy in recent years has been the phrase: “growing aggression.” The growth of aggression doesn’t take place in a vacuum. Other similar expressions can often be found in leading media outlets. Expressions like: “the trade war,” “the Taiwan question,” “the problem of the Uighurs,” and “disputed territories.” It is well known that any direct action will provoke conflict sooner or later, so the natural course of action for Western nations and their Asian allies is the creation of more and more defensive alliances, and security treaties to deter possible aggression.

The most notable players in this new struggle for world domination, the theatre for which has gradually moved from Eastern Europe to the Indo-Pacific region, are the Quadripartite Security Treaty (QAUD), which includes the USA, India, Australia and Japan, as well as AUKUS, formed by the USA, Australia and Great Britain on September 15th. In addition, Washington’s alliances with Tokyo and Seoul, allow the White House to deploy thousands of US military personnel on bases located in the territories of its Asian partners. Although the official reason for the existence of these organizations is to maintain a free and open Indo-Pacific region and the resolution of the nuclear problem on the Korean Peninsula, an unspoken Objective has been to contain the growing power of China.

Other nations in the region with their interests are eager to join this new game. Singapore and the Philippines for example, are economically dependent on China, but at the same time, both states endorse Washington’s political position to counter Beijing. There are other fans of the US policy in the region as well. Taiwan’s ability to remain relatively sovereign in the face of China’s territorial claims is directly related to American support. It is equally interesting to see shifting policy in other Asian nations. Despite its communist ideals, Vietnam has been increasingly inclined to cooperate with the US and express opposition to the Chinese agenda.

The events of recent weeks demonstrate that Washington’s interest in NATO is gradually fading. In the face of these new threats and challenges, this historic project is becoming economically unprofitable, and it appears the White House has decided to no longer hide its growing apathy towards the North Atlantic Alliance. The recent US-sanctioned break of the multibillion-dollar contract between Paris and Canberra for the design and production of new submarines for the Australian Navy is clear evidence of Washington’s blatant disregard for one of its main NATO allies, France.

At the time NATO was formed to counter the Soviet Union, the organization consisted of 12 participants who, one way or another, already had many agreements and alliances among themselves. Today there are just as many nations interested in forming partnerships against potential threats from China. Of course, there are disagreements between them on some issues, but in their primary goals, they are invariably in solidarity. Washington, London, Tokyo, Canberra, New Delhi, Seoul, Hanoi, Manila, Taipei and Singapore are not interested in the hegemony of the Chinese economic and military dragon in Asia, and they will make every effort to prevent this outcome.

Perhaps in the near future, the world will have to hear a new “Iron Curtain Speech,” and a full-fledged and effective analogue of the dying NATO will appear in the Indo-Pacific region.