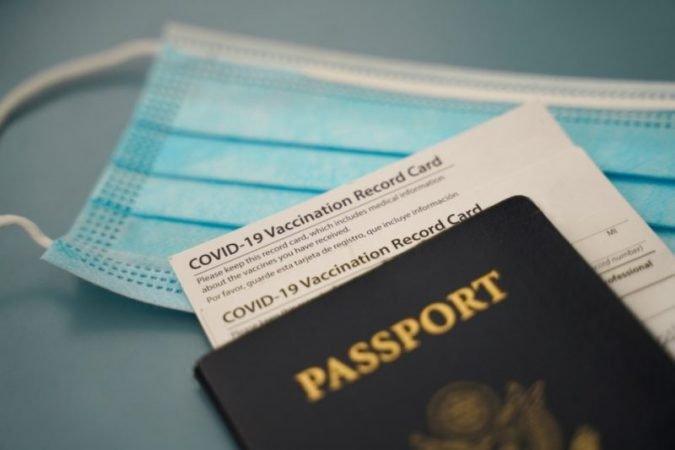 International travel has always been a reflection of wealth, and one who holds a passport determines how many countries one is allowed to enter and how quickly one can travel. However, at present, international travel restrictions are difficult to comprehend, which is exacerbated by the fact that they change regularly in response to the virus and internal political choices, and are updated every one or two weeks, making it impossible to keep up. As vaccination programme rollouts gain traction in some nations, the restoration of routine foreign travel is no longer a utopian dream. While in the latest Henley Passport Index results, the original ranking of all the world’s passports based on the number of destinations their holders can visit without a prior visa provides exclusive insight into what post-pandemic travel freedom might look like as countries around the world selectively open their borders to international visitors.

Vaccine certification tests are even codified under international law, with the first protocols outlined under the International Sanitary Regulations Act, which was ratified in 1951 by WHO member countries. This Act, which was renamed the International Health Regulations (IHR) in 1969, permitted member governments to require confirmation of vaccination as a condition of entrance. While yellow fever is now the sole disease listed in the IHR, the WHO has suggested that certain high-risk nations require travellers to submit immunisation certificates for diseases against which their population has not been adequately immunised.

However, when we assess the effectiveness of Covid vaccinations in preventing disease spread, governments are concerned about several scientific unknowns. These include their effectiveness in limiting virus transmission, particularly for variants of the virus, the duration of protection provided by vaccination, the differences between different vaccines, whether or not booster doses are required, whether vaccines protect against asymptomatic infections, and whether people who have antibodies should be exempt from vaccination.

Simply put, no one knows how or if vaccines would prevent transmission, thus organisations such as the WHO and other human rights groups caution against the implementation of vaccine passports, fearing that they will be viewed as a justification for complacency. These concerns have the potential to generate severe diplomatic issues, particularly if tourists from certain countries trigger widespread outbreaks in visiting regions after receiving vaccinations through their national rollout programmes.

In the meantime, we see the majority of the remaining top ten slots are held by EU countries, as has been the case for the majority of the index’s 16-year history. However, the United Kingdom and the United States, which have both faced rapidly decreasing passport strength since holding the top slot in 2014, are now tied for seventh place, with a visa-free/visa-on-arrival score of 187.

The EU has long maintained a policy of visa reciprocity, which the Union actively promotes in its interactions with non-EU nations. This means that when the EU considers lifting visa requirements for people of a non-EU country, it considers the visa requirements imposed on EU citizens by that country. And, while OECD countries are well-known for having stringent immigration standards for residents from Asia and Africa, those same regions have the most stringent entry rules for themselves.

According to a 2017 global study of visa reciprocity dynamics, just 21% of nations have asymmetrical visa rules, with levels of reciprocity increasing rapidly during the 1990s. If a global system of vaccine passports is implemented, countries may choose which passports to accept based on whether countries accept their own.

As they battle the COVID-19 pandemic, the countries must uphold human rights “without exception.” The global health community has spent decades developing evidence-based solutions to prevent disease spread and preserve public health without infringing on human rights. In the early phases of the worldwide outbreak, WHO also prepared particular recommendations for nations afflicted by the SARS-CoV-2 epidemic. These, along with effective messaging to educate and alert the public, are the most effective methods for protecting public health while protecting the human rights of people of all nationalities.

China’s recent announcement that it would expedite entrance for foreign citizens who had received a China-made vaccination epitomises the concept of quid pro quo diplomacy in relation to COVID vaccine passports. This strategy has alarmed some countries that do not provide the Chinese vaccine but have students and professionals who were based in China before the outbreak. In an interview with Foreign Approach, Nicholas Thomas, associate professor of health security at the City University of Hong Kong, ascribed China’s policy to the country’s goal to boost the international reputation of Chinese vaccines.

Whereas, the EU-backed Digital Green Pass would allow EU residents who have been vaccinated to travel freely between Schengen borders. While freedom of movement within the EU is a core aim, in theory, the process of defining a standard for entrance has proved difficult. Countries like Greece rely significantly on travellers, with tourism accounting for 20% of the country’s GDP. Other EU countries, such as Germany and France, are less reliant on tourism and, as a result, are hesitant to relax restrictions.

Within Asia, countries like India, Singapore, and Malaysia attempted to create reciprocal business travel bubbles to ease cross-border travel, but the programme failed to significantly boost the targeted industries. With 51 million interregional tourist visits in 2019, tourism is a key sector for much of ASEAN. Companies like Air Asia have led the charge for regional vaccine passports, citing the need to restore operations and stay viable. However, like with the EU, establishing regional standards may prove difficult, with numerous nations lagging in immunisation efforts and having differing vaccine standards than their neighbours.

However, it needs to be highlighted those travel restrictions are void under international law. Although global health and human rights legislation enable restrictions on rights in some cases to preserve public health, such measures must be the least invasive available. Given that travel, restrictions have historically been ineffective, and there is evidence that they are counterproductive in this epidemic as well as previous ones, it is clear that they do not meet the criteria outlined by the International Health Regulations, which are binding on all WHO member states.