The Political Dynamics of Defence Acquisitions 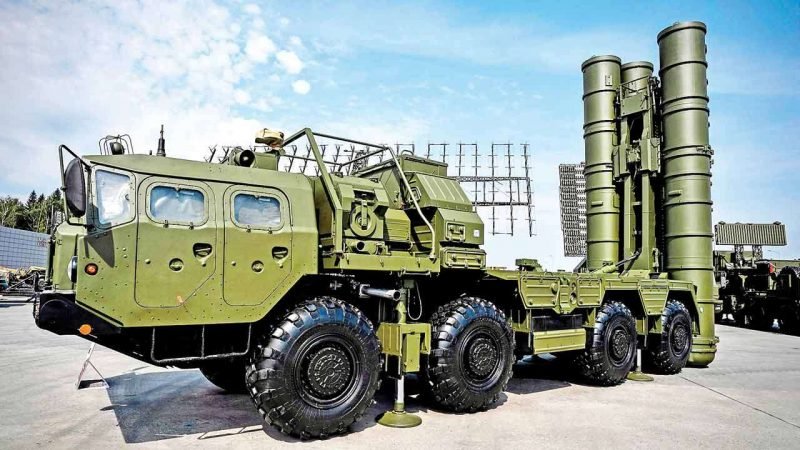 The external aspects involve foreign affairs or geopolitics, diplomatic strategy, and interactive arms dynamics between superpowers, which gives rise to defence acquisition’s political element. The rising politics in defence acquisition can be traced back to the cold war era. The Nixon Doctrine is one example of how the U.S. used Iran as a counterbalance to curb the Soviet Union’s influence in the Persian Gulf and secure its oil supply chains, which was vital for driving the Western-orientated economies. It is estimated that U.S. provided Iran with a total of 15 billion dollars of the most advanced U.S. weapons. Iran’s defence acquisition deal was a manifestation of political rivalry, violent conflicts, and ideological differences to gain hegemony in world affairs.

Also, the current observatory status granted to Israel in the African Union is fully politically backed despite the protest from some member countries on the Palestinian crisis. Many African dictators led countries share good relations with Israel because they are big buyers of military and surveillance equipment. The AU commission leadership Moussa Faki Mahamat own country Chad has stepped up its relations with Israel for military and strategic gain over the past four years. The selling of Pegasus spyware plays a crucial role for Israel in emerging a prominent exporter of military hardware and surveillance systems. It gives Israel to punch far above its weight by gathering support to achieve and lobby for its strategic position in the conflict with the Palestinians and enhance its cause to fight rival countries and rebel groups, setting its security and stability into tranquillity.

The ongoing spat over the AUKUS deal is also the outcome of politics, duplicity and treachery. The crucial involvement of the U.S and U.K. in mediating and facilitating the AUKUS deal has costed France. It has lost the business side of the agreement and its strategic objective in Indo-Pacific despite being the maritime power in the region. But the loss guarantees an opportunity to the involved country in the AUKUS to reshape Indo-Pacific’s strategic landscape and denote their significance post-Afghan war. It is also said that the involvement of the U.K. in partnering with the U.S and Australia is a down payment on the “concept of global Britain” post- Brexit.

This takes us to the connected and involved link of diplomacy in shaping the rising politics at the international level in defence acquisition. The weapons sale has become an integral part of the art of diplomacy. The “Buy American” plan initiative of the Trump administration had called for an increased role of U.S. military attaches and diplomats to help step up the business overseas for the U.S arms industry. The countries usually use diplomatic strategy to open new foreign markets to sell the weapons and military equipment’s advocating economic benefits. The diplomats act as a veritable sales force on behalf of private defence companies in the arms sale process. These give rise to competition and encounters in arms sales between the superpower exporting countries. The example of China’s rising drone sales to the United Arab Emirates and U.S. efforts to sell its weapons under the “Buy American” initiative in China’s backyard through diplomatic channels gives rise to competition in arms sales between the superpower exporting countries. When associated with defences dynamic, the changing and evolving nature of diplomacy raises questions, as there is an absence of a line between diplomacy and salesmanship.

In all the above instances, arms sales and defence acquisition are considered useful foreign policy tools. The politics of defence acquisition and arms sale at the international level are just made to secure the balance of power and generate leverage over other regions’ conduct under the ambit of peace and security.

Apart from external aspects, the internal factors also give rise to politics in the defence acquisition due to bureaucratic politics, interservice rivalry, the military-industrial complex, rising nationalism etc.

Commercializing and favouritism in the defence sector have brought primary weapons exporting countries under pressure from defence contractors due to the growing competition from foreign rivals. The government’s bureaucratic and diplomatic channels link defence companies and the buyer country to sell arms. The Defence Ministries and embassy staffers’ proactive approach to achieve this favouritism, corporate greed and profit-making demands of arms companies often result in corruption scandals and allegation charges giving rise to political events at the national level. The involved politics in defence acquisition has resulted in corruption scandals and allegation cases like the Bofor’s scam, Augusta west land scam, Rafael deal in India. Also, the entire Afghan invasion was profitable and a splendid victory for the American private arms industry. They acquired around trillion dollars as they tested and deployed numerous new products in Afghanistan. These overall issues denote a massive nexus between the corporate arms dealers, whistle-blowers and the politicians to achieve their political and commercial desires.

This takes us to the national level politics created due to defence acquisition from the opposing political elite class. The above issues have resulted in political outrage, media questioning, and nationwide demonstrations. The protest from the opposition party in India over the Rafael deal, or the upside turn in the political space after Bofor’s scam leading to the change in the power and government or questioning and pressure of media and taxpayer’s to the U.S government over the trillion dollars spent in the Afghan war are some of the opposing national-level politics involved due to the defence acquisition and spending. The same situation is generated in Australia’s national-level politics from the opposition political class over the signing of the AUKUS deal. The deal is criticized by Former Prime Minister Paul Keating and Senator Wong for its impact on Australia’s defence autonomy and the insensitive handling of its former defence partner France. Paul Keating further goes on to insist that Beijing is no military threat to Canberra. At the same time, it is essential to note that Mr Keating has good relations with China, as he has served as a member of the international advisory board of the China Development Bank. The above-given factors divide and create chaos because of the conflicting view, as each political class supports their preferred factions to secure their political autonomy, area of interest and benefits in the political space.

The defence acquisition and arms trade should not come at the cost of people’s life. The defence acquisition was supposed to improve the stability and peace in the world. However, still, it is drowning the world’s most vulnerable people and countries in futile wars, arms race, instability, increased corruption, human rights abuses, civil strife and its vicious circle costing the life of people. The politicization of arms sales and defence acquisition has always been the goal of the powerful transnational security elites by using the war-prone countries. Eventually, it leads to having an endless war and not a victorious battle. The recent AUKUS deal implies all of the above-given factors like the quest for power, diplomacy, geopolitical aspect, and arms sales which can result in major blowback and unwanted outcomes. We do not have to create waves in the Indo-Pacific region that becomes a turf for regional conflicts and instability.

Suyash Tawde is a Research Intern at The Kootneeti