How big is the Islamist threat in Mozambique? And why are Rwandan troops there? 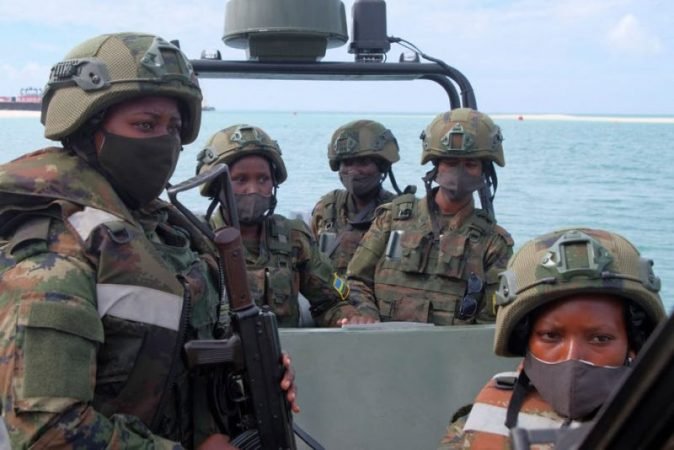 Rwanda has sent troops to Mozambique to assist the government in fighting against a four-year Islamist militant insurgency. Political scientist Phil Clark provides insights into the threat and why Rwanda is supporting Mozambique.

Do the insurgents in Mozambique represent a new front of Islamic terrorism on the continent?

Since 2017, jihadist militias in the northern Mozambique province of Cabo Delgado have mounted an armed insurgency against the Mozambican government. Their stated objective is to instil Sharia law across northern Mozambique. This is said to be in response to the region’s chronic poverty, unemployment and weak public services under the Frelimo-led government in Maputo.

They often claim responsibility for attacks using the name given to them by the local population, ‘Al-Shabaab’. But there is no evidence that they have any direct links to Al-Shabaab in Somalia.

But, again, there appears to be little direct connection between the Mozambican jihadists and the Islamic State. ISIS has previously attempted to claim responsibility for attacks by unassociated Islamist groups elsewhere in Africa, for example the Allied Democratic Forces in eastern Democratic Republic of Congo

How big a threat do they represent?

The insurgents have cited the perception that local people will fail to benefit from government deals with the multinational companies as one catalyst for their attacks.

The combination of widespread violence and threats to foreign businesses have led to a patchwork of international military and security interventions. This includes reports of:

This raises major concerns over a seeming lack of coordination among these armed actors.

Why is the Rwandan government getting involved?

There is vociferous debate about this.

The Rwandan government frames this as a ‘responsibility to protect’ mission. This, it argues, has been inspired by the international community’s failure to protect civilians in Rwanda during the 1994 genocide against the Tutsi.

The Rwandan intervention in Mozambique came shortly after French President Emmanuel Macron’s visit to Kigali in May 2021. Some commentators have suggested that Rwanda, funded by France, has intervened to shore up France’s interests, principally the gas reserves of French-owned Total.

The Rwandan government has chafed against the claim that it is simply doing France’s neo-colonial bidding. It has stressed the humanitarian basis of its intervention.

There is scant evidence of direct French backing for Rwanda’s military campaign. Nevertheless, France held a series of high-level talks with Rwanda and South Africa about the Cabo Delgado conflict in the months preceding their interventions in Mozambique. This suggests close coordination between Paris and these actors, reflecting the enormous French interests at stake.

In May this year Macron discussed military solutions to the crisis with a number of African heads of state at a summit in Paris. They included Mozambican President Filipe Nyusi, South African President Cyril Ramaphosa and Rwandan President Paul Kagame. This was succeeded by similar talks with Kagame and Ramaphosa in Kigali and Pretoria several weeks later.

Crucial to Rwanda’s involvement in Cabo Delgdao are growing ties between Rwanda and Mozambique after the two countries signed a memorandum of understanding in 2018.

Earlier this year Nyusi made a lightning-stop visit to Kigali to ask for Rwanda’s military assistance in Cabo Delgado. Nyusi had previously stated his preference for bilateral rather than multilateral military intervention. He is perhaps concerned about ceding too much control to a SADC mission led by regional powerhouse South Africa.

He also noted Rwanda’s track record of conducting highly disciplined and effective peacekeeping missions. These have included Rwandan battalions operating in the Central African Republic outside the broader UN peacekeeping mission, similar to Rwanda’s current support for Mozambican forces outside of SADC.

Alongside its humanitarian objectives, the Rwandan government stands to benefit in security and diplomatic terms from its involvement in Cabo Delgado.

The intervention fits a pattern of Rwanda’s ‘responsibility to protect’ role in peacekeeping missions in Darfur, Mali, CAR and Haiti. These have bolstered its international image and afforded it considerable international leverage. For example, in 2010 when foreign donors considered prosecutions and suspending aid to Rwanda because of its alleged crimes in eastern Congo, Kigali threatened to withdraw its peacekeepers from Darfur.

The Cabo Delgado campaign is also consistent with Rwanda’s recent talk of tackling Islamist threats at home and in the wider region.

In regional geopolitical terms, Rwanda will have delighted in reports that its troops in northern Mozambique have proven more effective than those of SADC, with which it has often had a testy relationship.

Finally, Rwanda’s intervention bolsters its bilateral relations with Mozambique and France. A key catalyst for Rwanda’s diplomatic push with Mozambique in recent years has been the concern that Maputo had become a launching pad for exiled Rwandan dissidents. This has included members of the opposition Rwanda National Congress. Closer security ties have included Rwanda’s request that Mozambique rein in opposition members on its soil.

Kagame has for years lambasted France for failing to apologise for its complicity in the 1994 genocide. It therefore took some genocide survivors by surprise when he warmly welcomed Macron’s remarks on the issue. They had misgivings about whether Macron had fully acknowledged and apologised for France’s role in the genocide.

What are the implications of its involvement?

The Rwandan forces have so far proven effective in tackling the jihadist insurgents. This has led the Mozambican government to claim that Rwanda’s entrance has fundamentally altered the direction of the conflict and improved the security situation for civilians and foreign companies.

The concurrent operations by Rwandan and SADC forces, however, could pose problems in the coming months. Various SADC leaders – as well as Mozambique’s largest opposition party Renamo – have criticised the arrival of Rwandan troops. They argue that this should have been an exclusively SADC effort.

These issues were clearly on the mind of Rwandan Foreign Minister Vincent Biruta who travelled to Pretoria in early June to discuss Rwanda-South Africa cooperation in Mozambique. This came shortly after Rwandan military chiefs conducted their first reconnaissance trip to Cabo Delgado.

But military force can achieve only so much. This has been made clear in comparable cases of Islamist violence in the Horn of Africa, Nigeria and the Sahel.

Systemic political and socio-economic interventions are necessary to address years of Frelimo neglect in northern Mozambique. These have produced the deprivation and marginalisation that underpin the insurgency.

Mozambicans themselves are clearly the key actors in this situation. Nevertheless, Rwanda and SADC should use their diplomatic leverage to encourage Nyusi to address the structural causes – and not only the violent manifestations – of the conflict. This includes ensuring that the immense natural gas wealth that will flow once the conflict abates benefits not only Nyusi’s government and multinational corporations but, most importantly, everyday Mozambicans.

Phil Clark is a Professor of International Politics, SOAS, University of London.