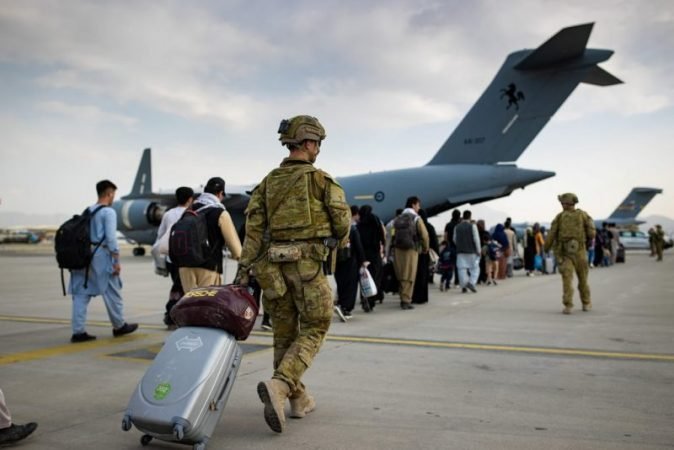 On September 16th 2001, just 5 days after the horrific attack on the United States by terrorists belonging to Al Qaeda, President George W Bush announced the beginning of the war on terror. A few days before, NATO had invoked its Article 5, which obliged members to consider an attack on one member as an attack on all. The US asked the Taliban government in Afghanistan to hand over Osama Bin Laden, the mastermind of the 9/11 attacks, failing which the US would begin military operations in Afghanistan. The invasion of Afghanistan began on 7th October, and by the end of November, the Taliban government had fallen.

While the invasion of Afghanistan, and the invasion of Iraq 2 years later, were the most defining events of the Global War on Terror (GWOT), they were by no means the only ones. The War on Terror was all-encompassing, both on the domestic and foreign fronts. Arbitrary arrests, increased surveillance, detention without trial, extra-judicial executions were all part of the GWOT.

This paper would argue that, despite the American withdrawal from Afghanistan, the war on terror has not ended, nor will it end soon. The subtle ways in which the GWOT prosecutes itself upon the world and even to American citizens would continue for a long time.

War on Terror – more than the invasions

When one talks of the GWOT, one is immediately reminded of the twin invasions of Afghanistan and Iraq, which happened within two years of each other. Interestingly, the plane hijackers of 9/11 belonged to neither of the countries, but actually to Saudi Arabia, a US ally. This is a fact that has been scrubbed from public memory, perhaps so that no questions are asked as to why the US never retaliated against it. The rationale behind the invasion of Afghanistan and Iraq was that they harboured the Al-Qaeda terror organization and gave support and training to the hijackers, respectively. In both instances, what was originally supposed to be short-term military engagements became stretched out overstays with considerable mission creep.

Both wars are similar in the sense that while the invasions themselves were quite popular with little opposition, after a few years they became very unpopular as casualties grew with little to show for it. Calls for complete withdrawals grew, even as objectives remained unfulfilled. In the case of Iraq, an early withdrawal resulted in the ISIS crisis, which required the redeployment of American forces. In the case of Afghanistan, a late withdrawal nevertheless resulted in the Taliban recapturing power within the span of a week. In both cases, questions have been asked as to whether the thousands of American lives lost (not to say the millions of Iraqi and Afghan lives lost) and over a trillion dollars spent have been worth it. Few would answer the question positively.

However, these two invasions are not all that there is to the GWOT. These might as well be the flagship events, and deeply affect the lives of the citizens of the two countries (along with the lives of the US service members who had been deployed there, and their families). But there is more to the GWOT. Its other elements are those things that affect the daily lives of all American citizens, and one might go so far as to say, all global citizens.

Surveillance is not new for the US government. While the 4th Amendment protects Americans from unwarranted searches, the rapid progress of technology has slowly rendered the safeguard obsolete. Even the few safeguards that remained as a result of congressional oversight and judicial decisions were swept away following the events of 9/11. The passage of the PATRIOT Act gave the government unlimited power in surveilling its citizens, ostensibly to gather intelligence about terror attacks in the future. Whatever the noble aims behind this were, this was a massive breach of people’s privacy. Shockingly, the people did not seem to mind this at all. Most people have an attitude of “I have nothing to hide”, and objections to anti-terror measures may have been deemed unpatriotic in the post-9/11 era.

However, the revelations by Edward Snowden about the sheer scale of American surveillance shocked the world and renewed people’s interests in their own privacy. The shock of 9/11 had passed by then, and people were more hesitant towards agreeing to hand over all aspects of their personal lives to their governments for undefined and ill-explained “anti-terror” measures. Snowden’s leaks revealed not only the US government’s surveillance upon its own citizens but also to citizens of the world at large, including heads of large corporations and even heads of states of American allies.

Aside from large-scale and invasive surveillance, another way the GWOT was waged was through detention and incarceration without trial. While the US Bill of Rights gives the people the right to a speedy and fair trial, the National Defense Authorization Act 2012 takes away this very vital right from citizens, allowing for indefinite detention without a trial if the suspect is an alleged “terrorist”. The Patriot Act had already allowed the US government to indefinitely hold immigrants accused of terrorism without any trial. Unfortunately, while these gross violations of rights were challenged in the courts, the courts refused to ultimately void them.

Foreigners interned without trial by the US were often kept in off-site internment camps, the most famous (but by no means the only one) of which is the Guantanamo Bay detention Camp. The main reason for this is to make sure that those detained were not subject to laws safeguarding their rights, and thus could be kept for as long as the US felt necessary and even be subjected to torture. While torture is neither allowed by US domestic law (governing citizens as well as foreigners on US soil) or the Geneva convention (governing Prisoner of Wars), the US created a new category of “Enemy Combatants” who are governed by neither, and thus could be subjected to “enhanced interrogation methods”. These methods were designed to extract actionable intelligence about future attacks, as well as confessions of wrongdoings, without causing physical harm to the detainees. The intelligence so obtained was often questionable, and custodial deaths did take place.

From around the presidency of Barack Obama, the use of drones has added another arrow to the US’ quiver in the execution of the GWOT. The use of drones for warfare purposes is not a new one and its history can be traced back as far as to the First World War. Drones were used extensively for intelligence, surveillance and reconnaissance (ISR) purposes in several wars, including the Vietnam War. Israel innovated the use of drones as lures against enemy Surface to Air Missile (SAM) batteries. The US used armed drones in the offensive capacity in both wars against Iraq, as well as in Afghanistan.

However, the recent campaign of drone strikes to eliminate “high-value” targets is different in many respects. The targets are essentially civilians who are not engaged in any act of warfare at the moment of the strike, even if they are indeed terrorists. Secondly, the question of jurisdiction is an important one, since drone strikes happen on foreign soil, often without the consent of that state. The legality of drone strikes remains questionable, and whether they violate the International Rule of Law remains a subject of debate.

The US argument that drone strikes are preventive, and in self-defence, are tenuous at best. While the UN Charter does allow the use of force for the purposes of self-defence, it must only be used against threats that are “instant, overwhelming, and leaving no choice of means and no moment for deliberation”. It is quite clear that US drone strikes do not fulfil this requirement. In most cases, the targets are not an immediate threat to the United States. The drone strikes only take place after much planning and deliberation and by no means a spontaneous reaction to an immediate threat.

Apart from the question of legality, the question of effectiveness is also a pertinent one. One of the arguments made in favour of drone strikes is that they are clean and precise, and a distinction is drawn from the invasions of the Bush era. Notwithstanding the false binary between invasion and drone strikes, the argument that drone strikes are clean and precise is also a false one. While official figures put the number of civilians killed as a result of drone strikes at a figure between 2.6 to 4.3%, independent estimates put this figure as high as 10%. This may seem a low figure compared to civilian casualties in war, and might even be acceptable to some, it is still very high. The drone strike campaign is by no means a ‘clean’ one, and the civilians who have died cannot be dismissed as collateral damage.

No end to war

With the invasion of Afghanistan winding down, both of the American military adventures in the post 9/11 era are effectively over. The move is interesting in the sense that while it was initiated by a Republican president, it was ultimately executed by a Democrat. Notwithstanding the bickering over the two parties, there is a general consensus that the time has come for the US to adopt a more isolationist view. While the interpretation of the same differs, one commonality is the reluctance for large-scale military interventionism.

After the humiliation of the Vietnam war, it took the US 16 years to launch another large-scale military offensive. This came in the form of the Gulf War, and it can only be judged as a success by any parameter. The confidence of the Gulf War was an important factor in the US invasions of Afghanistan and Iraq, which turned out to be debacles. If one can predict the future by looking at the past, one might say that the US would not launch another large-scale military offensive for the next few years to come.

However, this does not mean that the War on Terror is over. The subtler ways through which the war on terror has been prosecuted, including invasive surveillance, illegal detention and torture, and drone strikes, would all continue. The GWOT, unlike the Vietnam war, is not against a tangible entity. The war on terror went beyond a War on Al-Qaeda and other terror groups, it was a war on the concept of terror itself. And when terror is vaguely defined, any action can be construed to fall under the War on Terror. Any action, thus, can be justified by bringing it under the ambit of the war on terror.

The US has justified its actions by adopting a stance of “never forget”, which means that no retaliatory action would ever be enough. Every year on the anniversary of 9/11, mention is made of those who lost their lives in the terror attacks. Only a few people mention all the lives lost in the War on Terror or those who are still illegally detained by the US military. Rolling back the Patriot Act, even 20 years after 9/11, is unthinkable. By embarking on a War on Terror, the US has truly started a forever war. The war cannot ever end, because terror as the US defines it, would never end. If the US ends the War on Terror, then terror would win. The only way to not lose a war, is to never end it.

Soumyadeep Bidyanta is a recent MA graduate of the School of International Studies, Jawaharlal Nehru University in New Delhi, India.