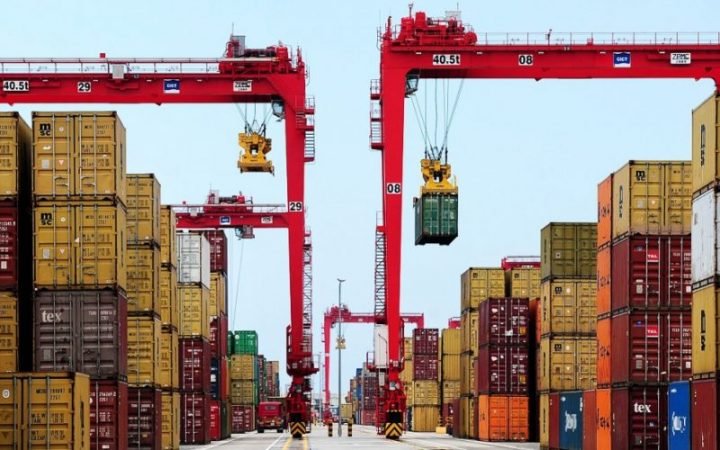 A slew of measures by Chinese authorities to tame soaring raw material costs has had only a fleeting effect, leaving the world’s largest manufacturing base facing the harsh reality of substantially higher input costs for the foreseeable future.

China’s enormous manufacturing industry, population and fast-growing economy mean it has uniquely large commodity requirements that substantially exceed domestic output. The recent boom in the price of everything from copper to coal has pushed the country’s producer prices up by the most since 2008 and dragged on its recovery from the coronavirus pandemic.

With major economies in Europe and North America also cranking up again after coronavirus lockdowns, competition for raw materials is only expected to intensify, limiting the near-term downside for prices.

“Recent steps by Chinese authorities have succeeded in skimming some froth off commodity prices,” said Frederic Neumann, co-head of Asian Economics at HSBC. “Fundamentally, however, prices for raw materials are driven by global supply and demand, which Chinese officials can only influence indirectly.”

China imports roughly half of all key metals, a third of all shipped crops and nearly 20% of global oil shipments.

China’s cabinet called the soaring prices “unreasonable” at a May 19 meeting, saying it would strengthen its management of commodity supply. It called for a crackdown on “malicious trading” and urged coal producers to raise output. [

The actions, including a further NDRC announcement of new rules requiring more transparency and consistency from commodity price-setters from August, constitute Beijing’s most comprehensive market intervention to date and signal a whole of government approach to managing raw material prices.

But prices of most critical inputs – including coal and Shanghai aluminium and zinc – are still perched near multi-year highs.

“You did see a decline in some of the commodities prices… That tells you that (the measures are) effective, at least in the near term,” said Shan Hui, chief China economist at Goldman Sachs Asia, who agreed that over the longer-term a comprehensive look at supply and demand was necessary.

Policymakers’ chief concern is that higher commodity prices will accelerate inflation and erode consumer purchasing power and manufacturers’ competitiveness, a risk highlighted when a key producer price index surged by its most in 12 years in May.

Although the pace of China’s factory gate price growth slowed slightly in June as Beijing’s measures kicked in, the 8.8% year-on-year rise remains uncomfortably high for most manufacturers who have limited scope to pass on higher costs amid cut-throat competition.

Some economists maintain that higher costs are transitory and will fade as supply chains recover from the health crisis, but others point to constrained global output, slow ramp-up times for new mining operations, and increasing demand as economies around the world pick up.

Wu Shiping, a Tianfeng Futures analyst, said prices of coking coal, a key steel-making ingredient, were high because of a supply shortage.

“For iron ore, shipments from major miners fell and the futures market is tracking spot prices,” he said.

The results of Beijing’s efforts so far are unlikely to reassure those hoping that authorities can cap further price gains.

Take coal for example – critical for generating power for most factories, offices and homes. When Beijing announced its probe on June 18, Zhengzhou thermal coal futures had not long rallied to a record level above 900 yuan per kilo, gaining 30% in just 6 weeks.

Despite a dip to below 800 yuan as policymakers’ warnings and higher exchange trading fees took some heat out of the market, prices are back near their highs and expected to remain strong as hot weather drives air conditioning demand until Autumn.

While the price of iron ore , which feeds the country’s mammoth steel sector, has fallen by more than a fifth from May’s record high, the move is in part due to a curb on the country’s steel output to reduce emissions.

Open interest – a measure of the number of participants with positions in the market – is still at elevated levels, suggesting speculative money was not a big market driver and most position holders are comfortable with the heightened scrutiny.

Meanwhile, state reserve sales have had little meaningful impact on the country’s benchmark copper, aluminium and zinc prices, which are holding roughly 30% above year-ago levels.

Noting that supply-side intervention options are limited in the short term, not least because expanding capacity takes time, HSBC’s Neumann said further curbing of commodity prices may ultimately require a slowdown in sectors of the Chinese economy that are intensive users of raw materials.

“There are reasons to expect that this will occur, in part because tighter credit conditions for developers may slow the pace of housing construction,” he said, adding that China could help companies manage the risks of commodity price volatility by bringing more trading onshore and offering more hedging products.