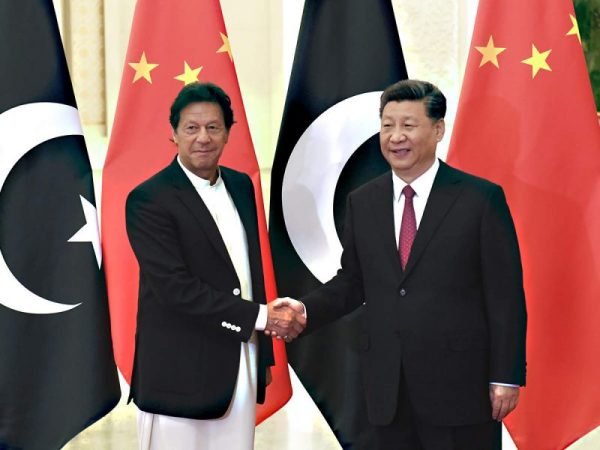 Prime Minister of Pakistan Imran Khan on 1st July 2021 said Pakistan accepts the “Chinese version” of the treatment of Uighurs, a minority Muslim ethnic group, in China’s restive Xinjiang province because of Islamabad’s “extreme proximity and relationship” with Beijing.

What Beijing has to say

Now given the statement made by Pakistan’s PM we need to throw light on the Chinese narrative on this issue, which claims that Xinjiang a home to an ethnic minority of China—the Turkic Uyghurs which has a sprawling network of camps in the region are for “re-education” facilities used to combat terrorism. As per independent estimates, more than a million men and women have been detained in these camps.

However, in much contrast to Beijing’s account; researchers, western and the independent media have showcased how systematic dehumanisation of Muslim minorities is taking place in southern Xinjiang province. Chinese authorities have been accused of forced birth control, sexual abuse and torture to destroy the ethnic population. According to the report produced by Amnesty international, Xinjiang has since 2017 an estimated one million or more Uyghurs, Kazakhs and other predominantly Muslim people who were arbitrarily detained without trial and subjected to political indoctrination and forced cultural assimilation in “transformation-through-education” centres.

Apart from this, 50 independent UN human rights experts have strongly criticized China for the repression of religious and ethnic minorities in Xinjiang and Tibet, among others. UN member states have also issued a joint statement expressing grave concerns about the human rights situation in Xinjiang, Hong Kong and other regions, urging China to allow immediate, meaningful and unfettered access to Xinjiang for independent observers, including the UN High Commissioner for Human Rights and relevant UN special procedure mandate holders.

China has been accused by some Western nations and rights groups of pursuing genocide against the Turkic ethnic groups in Xinjiang – though there is a dispute over whether the state’s actions constitute a genocide.

Contrasting views are given by Islamabad

Islamabad has often tried to voice itself as a harbinger of rights and entitlements of Muslims around the world and has accused France of “encouraging Islamophobia”; not only this it has charged India of Hindutva agenda and discrimination against Muslims in India, and human rights violations taking place in other parts of the world such as in occupied Kashmir. In the hindsight, when it came upon Islamabad to take up its responsibility of a Muslim saviour for the Uyghurs in China it brushed off this issue under the carpet by accepting Beijing’s version.

This reflects the interest that Pakistan has in the dragon especially at a time when China is increasingly becoming an economic superpower and there has been a shift in the world power dynamics towards Asia.

As clearly expressed by PM Khan of its special relationship with China— indicates Islamabad’s military, economic and strategic interests that it holds with the dragon. At this point, when Pakistan is facing a deep economic crisis and there is much added pressure on its finances due to its classification in the FATF’s ‘grey list’. Beijing being a permanent member of the United Nations Security Council (UNSC) has time and again backed the Islamic Republic of Pakistan especially on raising the Kashmir issue at the UN or be its attempt to block the listing of Masood Azhar as a global terrorist at the UN.

Moreover, the China-Pakistan Economic Corridor (CPEC) a part of the multi-billion Belt and Road Initiative (BRI) since 2013, has added strategic and economic significance to the Pak-China friendship, as it creates an economic corridor between both the countries with the creation of various infrastructure projects within its framework, works as a helping hand in the economic development of Islamabad. The infrastructural development along the POK also has a military and strategic value for both.