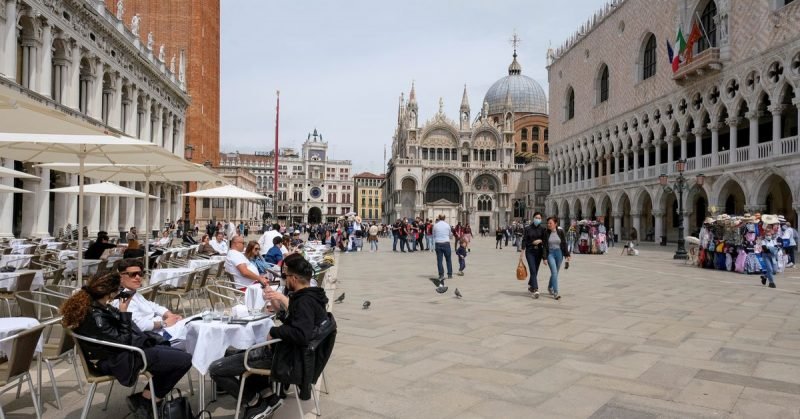 VENICE, July 9 (Reuters) – Finance ministers and central bankers from the group of 20 rich countries will meet face to face on Friday for the first time since the start of the COVID-19 pandemic at a gathering in Venice where corporate tax reform will top the agenda.

The G20 is expected to give its political endorsement to plans for new rules on where and how much companies are taxed which were backed last week by 130 countries at the Paris-based Organisation for Economic Cooperation and Development.

The deal envisages a global minimum corporate income tax of at least 15%, a level which the OECD estimates could yield around $150 billion in additional global tax revenues, but leaves much of the details to be hammered out.

Officials say the two-day gathering in Italy’s historic lagoon city will open a discussion on how to put the OECD proposals into practice, with the aim of reaching a final agreement at a Rome G20 leaders’ summit in October.

The G20 members account for more than 80% of world gross domestic product, 75% of global trade and 60% of the population of the planet, including big-hitters United States, Japan, Britain, France, Germany and India.

If all goes to plan, the new tax rules should be translated into binding legislation worldwide before the end of 2023.

Ministers may seek assurances from the U.S. Treasury Secretary Janet Yellen that she can win legislative approval for the proposals in a divided U.S. Congress where Republicans and business groups are fighting Joe Biden’s proposed tax increases on corporations and wealthy Americans.

Aside from tax, ministers will discuss a global economic recovery which officials from G20 president Italy told reporters was hugely uneven, with wealthy Western countries picking up strongly while developing nations are left behind.

International Monetary Fund chief Kristalina Georgieva delivered the same message this week, saying there was a “dangerous divergence” between wealthy and developing countries as they seek to recover from the COVID-19 pandemic.

The G20 will ask the IMF to allocate $650 billion of its reserve asset known as Special Drawing Rights by the end of August, with a recommendation that ways are found to ensure a significant part of the money goes to countries most in need.

Some delegations at the meeting may express concerns that rising inflation and interest rates in the United States could unbalance the global economy, G20 officials said, though this is unlikely to appear in the final communique.

Side events include a tax symposium on Friday and a climate change conference on Sunday.