A Pan-Asian unity for the Asian Century? 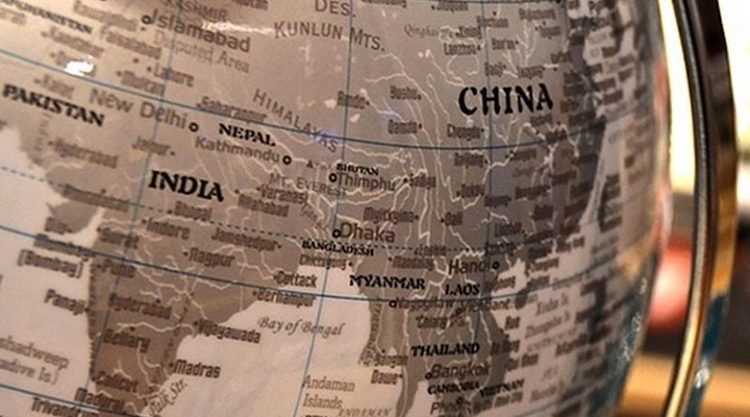 Asia is the largest continent in the world and is home to the most populous nations. The region has a deep history, from having the world’s first known and advanced civilizations to colonial rule and freedom struggles. The Asia of the New World Order is rising considerably in terms of its hard power and soft power. In fact, the 21st century is said to be on its way to becoming an ‘Asian century.’ Today, however, this region has its own geopolitical challenges. The idea of Asian solidarity is and has always been contested. There is no single view of what Asia as a whole account for.

‘Rising Asia’ is a hot topic of the new world order, while international cooperation and regionalism have emerged as crucial in the global political sphere. Asian unity is therefore required and often called for. Though the ideals of Asian solidarity have long existed, they kept changing in their terminology and nature. Most of these ideas were born in the 1800s, much of the views consisting of Asia against the ‘West’ or imperialism. However, the notion of pan-Asianism soon became a tool used by Japan for its empire-building. In the contemporary era, the superpower intentions of China have hindered the development of such an identity. As a consequence, the question arises: is the Asian century a century for all Asians?  Is Asian unity at all necessary?  Is the idea, if it is, doomed to fail in the face of great power rivalry and intentions?

The idea of Asia and Asian Unity

In order to answer whether a pan Asian reality could exist, we need to understand Asia as a region. The very idea of Asia is a contested one. Etymologically, the term was first used by European geographers to refer to one of the three distinct divisions of the world they were familiar with: Europe, Africa, and Asia. The word comes from the Greeks, who used it to relate to Antola or Persia in order to differentiate it from their own culture. Later, the word was associated with extravagant glory, vulgarity, and arbitrary authority by the Greek historian Herodotus. Soon, Asia was associated with stagnation, while Europe was associated with progress. Asia evolved into a culturally distinct land from Europe.

The concept of Asia is not something given, but it is in itself a western construct. However, viewing Asia solely through the lens of a western construct is inaccurate. A region as a concept is socially constructed rather than given. This may be material or ideational structure. There are many levels of political, social, and cultural interaction that shape a region over and over again. Several ideas can describe Asia as a region by looking at the same concepts, ranging from its material forces such as economy to its history and civilization or spiritual and cultural.

Asia once had dominated world trade and global space since the beginning of history due to its rich heritage, mature cultures, and socio-cultural values. However, the development of pan-Asian rhetoric only emerged in the 19th century with the arrival of imperialism in the region. These ideas came in a wide variety of forms and were based on either racial unity or cultural and linguistic similarities. Thinkers like Okakura Tenshin, Rabindranath Tagore, and Swami Vivekanand emphasized the importance of Asian cultural unity and spiritual supremacy over the west.  Some were influenced by Pan-European and Pan-American movements that arose at the same time. With the passage of time, perceptions of this constructed Asia have shifted. This concept however is a widely held belief based on geography, cultural unity, historical interconnectedness, ethnic connectedness, Asian values, and a shared destiny.

In the 1920s and 1930s, however, the term Greater Asianism became popular, indicating a movement toward expansionism and imperialism in Japanese Asianism. This was a development that eventually led to the ideology being used for government purposes. Since then Pan-Asianism was discredited by its wartime relations in Japan after the defeat, and it vanished from public discourse in other Asian countries as well which were the victims of Japanese expansion for many years.

In the post-war era, however, there were some calls for a pan Asian unity which influenced in some part the initiatives by Third World countries in Bandung to start the non-aligned movement, as well as ideas shared at the 1947 First International Asian Relations Conference in New Delhi. Ho Chi Minh was also interested in forming a “Pan-Asiatic Community.” Nonetheless, some countries were still worried about the danger of “Asian imperialism” posed by India and the People’s Republic of China, for their pursue of greater influence.

Post-Cold War too, such calls for Asian unity have gained attention. Leaders have been vocal in their support for the concept of ‘Asian values,’ which are distinct from American or Western values. During this time, regionalism has also gained momentum. Despite the rich and diverse indigenous traditions of Asianism, the region lacks autonomous and strong ideational control. There is a dearth of indigenous Asian regionalist ideas and a more self-sufficient approach to constructing Asian regionalism. Non-Asian theories have clashed with Asian regionalist concepts. Asian ideas have been influenced by power struggles, with rival players pushing their own brand of regionalism while attempting to delegitimize rival arguments. As a result, only some regional concepts become institutions while others become grand ideas only to disappear eventually. Pan-Asian sentiment has been hindered, not only by the role of western ideas in Asian regionalism but also by the region’s wariness as a result of China’s rise. Pan-Asianism is no longer taken seriously. The rise of indigenous ideas of regionalism in Asia has been stifled internal rivalry within Asia and other circumstances.

There has been much discussion about the ‘rising Asia”. Asia’s emergence and integration are, no doubt, of contemporary relevance. The robust economic rise of Asian economies since the late 1970s has led to the possibility of an ‘Asian Century. The factors which led to such a rise are-

However, there are significant socioeconomic, political, and security challenges in the region quickly becoming a major destabilizing factor. The use of non-state actors as state policy, exploiting internal schisms for petty political gain, regime changes and internal instability in order to gain geopolitical and geostrategic space, and the expansion of the New Great Game from West Asia to the Indo-Pacific region are all contributing to political and economic instability, which is suffocating Asia’s growth.

These difficulties are exacerbated by the lack of a single regional umbrella capable of resolving or mitigating these issues and developing a regional economic and security strategy to promote economic and political stability.

The rising nations of Asia are having their own national interest which results in a lack of trust. Regional powers, though having a good potential to cooperate, also follow their quest for supremacy. The need is to move away from ‘compete & contest’ towards greater harmony and cooperation within the region.

Today, a rising and revanchist China seeks sole leadership of Asia, which India and other democratic nations such as Japan, South Korea, and Southeast Asian nations despise in their pursuit of a multipolar Asia within a multipolar world. The Belt and Road Initiative (BRI) is a debt-trap policy aimed to gain geopolitical and geostrategic space in order to achieve the Chinese Dream. Affected countries, on the other hand, are fighting back against China’s aggressive mercantilism. These developments, along with the US trade war, have forced China to rethink its regional and global strategy.

Due to lack of a coherent entity many Western scholars see the term “Asian Century” only as a journalism gimmick, given the region’s distinct lack of unity and commonality. Even an organization like the EU arose from the World Wars, as well as a communist challenge to democracy, which brought the region’s countries together. Similarly, the first step toward achieving the Asian Century would be to establish a Pan-Asian institution covering East Asia, South East Asia, and South Asia, as well as the Middle East and Central Asia. And then to transform it into a Multilateral Regional Economic and Security Architecture. Though ASEAN has emerged victorious in sub regionalism, in the twenty-first century, pan-Asian unity must be forged. Such unity is difficult to achieve but can be forged even though it does not currently exist. Otherwise, it would be a mistake to assume that this would usher in the Asian century.

The states are missing out on the opportunity to move forward by forgetting about previous regional conflicts. Japan could move forward and strengthen ties with the United States, while India could shed its colonial past and strengthen ties with the United Kingdom. Regional battles, on the other hand, continue and are responsible for suffocating regional cooperation and the development that comes with it. Giving up hegemonistic goals tends to be difficult for a nation like China.  As history has shown, such strategies fade away only after a defeat, whether political, economic, or military.

There is a need for an effective forum that could bring the region’s leaders together on one platform. People-to-people contacts and student exchanges are another way to foster regional unity by exchanging art, culture, knowledge about shared history. It would be more successful to keep things apolitical in order to forge an Asian unity, and different cultures and ideas should be addressed in order to bring countries closer together.

Manu Gupta is a postgraduate student of International Relations at Amity University. She holds her Bachelor's degree in Political Science from the University of Delhi.