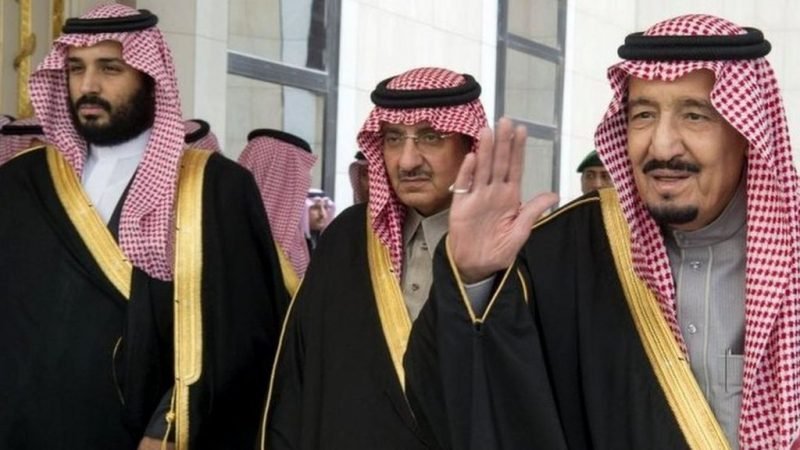 The Arab countries faced challenges on multiple fronts in 2014. Along with the deep plunge of oil prices that hugely impacted their economies, a wave of protests led by frustrated youngsters demanding accountability and transparency from the government also erupted and threatened the monarchies. The accession of Crown Prince Mohammad Bin Salman in Saudi around the same time resulted in the drafting of a plan called Vision 2030 that envisioned a comprehensive transformation in the socio-political and economic spheres, leading to a vibrant society, a thriving economy and an ambitious nation.

The Vision 2030 document enlists various courses of action for the same, including the promotion of entertainment, culture and education rooted in Islamic values, targeted social welfare schemes and healthcare, support for small and medium enterprises and diverse sectors like renewable energy, tourism and technology, skill development initiatives, steps to ensure equal opportunities for everyone irrespective of gender, privatization of state-owned enterprises and e-governance. At a glance, the initiative seems like a panacea to almost all main issues plaguing Riyadh and can do a lot of good if implemented as perfectly as laid out. The world is far from perfect, however, and unexpected situations, as well as obstacles in the way of a thorough overhaul of the current system, can dim the initiative’s prospects.

Saudi citizens have seen themselves as the beneficiaries of state largesse in return for which they offer their consent to be ruled upon. The cradle to welfare system including free healthcare and electricity subsidies along with a giant web of patronage providing lucrative employment in public sector and positions of power to supporters of the ruling family had been all more than convenient for the natives. The foreigners, on the other hand, had to work in the private sector for far lower wages with the unskilled ones among them made to pay more than their yearly salary as well as surrender personal documents like passport and visa and in effect, their personal freedom to sponsors. This prevented the diversification of the economy too as the prospective investors saw no incentive in venturing into high productivity sectors when an abundant supply of cheap labour was there.

The stepping back of the government from welfare involved austerity measures like decrease in subsidies for fuels, water and electricity, cutting down the pay of government officials and introduction of value-added taxes. The sudden stopping of governmental assistance rendered even the middle class helpless, causing a large number of people to migrate and shift their investments elsewhere. The failure to reform the criteria for social welfare so that the truly needy ones could continue to avail it instead of cutting it down altogether invited discontent and anger from the people, causing the Prince to roll back certain measures and to introduce a new programme that transferred cash to poor families.

Mindless implementation of neoliberal policies often cannot address systemic poverty in economies. The imposition of uniform tax rates on everyone instead of taxing the rich more and the failure to ensure the availability of essential services like water and electricity at affordable rates seems disingenuous from the viewpoint of the poor. Encouraging the natives to take up employment in the private sector in the absence of labour laws can make them subject to exploitation too. The fact that the Vision 2030 blueprint has borrowed heavily from the recommendations made by the US thinktank McKinsey only affirms the perception that it serves foreign capitalist interests and Saudi elites rather than those of the common natives.

The economic cannot be separated from the social and the political. An undue focus on the former and cosmetic social reforms like granting of permission to women for driving while blatant human rights abuses are committed by the regime in order to hold on to power makes a meaningful transformation impossible. The suppression of dissidents, the most notorious instance of which was the murder of Jamal Khashoggi at the Saudi consulate in Istanbul, raised doubts over the proclaimed aims of better engagement with citizens and greater transparency. A number of conglomerates pulled back their investment from Saudi following the Khashoggi incident.

Gender equality had been a celebrated agenda of Vision 2030 and women have been granted the permission to vote, to register births and deaths, to make decisions regarding pregnancy and to drive cars. Gender segregation policies in public places have been relaxed and the religious police have lost the authority to interrogate, pursue or arrest people. As expected, there would be a gap between legal permission and ground realities as religious conservatism persists in a large number of families. Similarly, the initiatives aimed at increasing women’s participation in the workforce are certain to produce bitterness in the huge number of educated unemployed men who had enjoyed patriarchal privileges for long. Besides, women still need a male guardian’s permission to marry, divorce, escape from domestic abuse and to leave prison. In the absence of reforms to these laws that deprive a woman of individual dignity and can result in grave physical and emotional torture, even the much-publicized lifting of driving ban loses its sheen.

It also remains to be seen how far the government would be willing to lose its control on the economy without feeling threatened by a freer private sector. The protracted military intervention in Yemen that cost Saudi financially as well as dented its reputation for the humanitarian crisis caused too was not an indicator of a regime that prioritised people’s interests. The alleged centralization of power and decision making regarding Vision 2030 suggests the possibility of it being a gimmick to boost the Crown Prince’s international image while also helping him consolidate power, especially in light of the sidelining of the former Crown Prince Muhammad bin Nayef and other members of the royal family.

As the pandemic, COVID 19 is likely to cause a recession in most parts of the world and the IMF has predicted a 2.3% contraction in the Saudi economy, projects like the futuristic city Neom which demand billions of dollars in investment would have to be temporarily shelved, if not abandoned altogether. The partial privatization of the state-owned oil company Aramco, the proceeds of which had been expected to form the largest sovereign fund in the world, did not turn out very successful due to the perceived loss of demand for oil in the future and more importantly, the possibility of Saudi continuing with the policy of regulating oil production in order to suit its political interests.

In spite of reservations about the regime’s intentions and the inability to embrace significant systemic changes, Vision 2030 can have positive fallouts like improvement in women’s condition and the achievement of sustainable development goals. Often the government has had to take a step backwards after taking two steps forward as far as reforms are concerned. Hopefully, the impending economic crisis underlines the need to focus on decentralization and socio-political reforms rather than spectacles like the Neom project. The diversification of economy along the lines of a more sustainable model is imperative at this juncture and Vision 2030, if implemented in consultation with citizens at a pace that does not cause poverty in the name of weaning people off welfare, can do lots of good. The initiative is perhaps too large in ambition and scale to be even judged as a success or a failure but superficial gloss can be sacrificed in favour of more holistic and inclusive development.