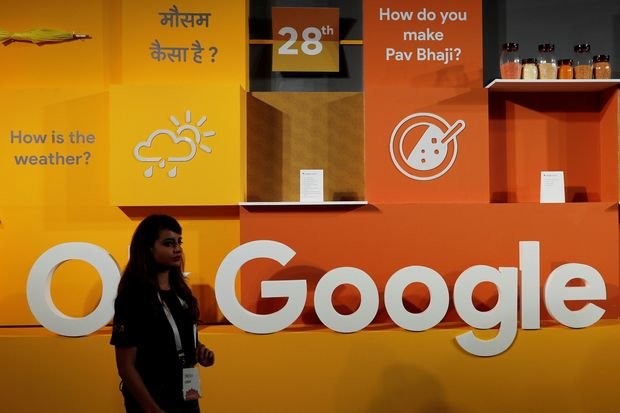 Google on Monday, 13 July 2020 said that it plans to invest $10 Billion in India over the next five to seven years, in a move to harness the potential of digital services in its key overseas market. Mr Sundar Pichai– Chief Executive Officer of Alphabet Inc, the parent company of Google unveiled the “Google for India” digitisation fund, through the means of which the company will be making investments in the country. With over 560 Million Internet users, India stands second in the online market, ranked after China. The internet penetration rate of the country stands at around 50%, which means that a whopping number of Indians have access to the internet, which is only expected to increase in the future.  “This move is a reflection of our confidence in the future of India and it’s the digital economy,” said the company during the launch. The investment is said to focus in four key areas, that tailor fits the needs of the country and the expected results for the country. The focus areas of the investment lie as;

Often pitched in as “Second China”, India is the most potential overseas market for digital products and services. As countries globally are in Chorus against China, due to the county’s mishandling of the Covid-19 pandemic, India becomes the next potential, trust-worthy investment option globally. Google’s products YouTube, Search and Android have been widely used by Indian Internet users, with over 400 Million Internet users, Thanks to low-cost smart-phones and affordable data rates. Even after a high internet penetration in the country, internet users in the country stand at 50%, which is meagre when compared to the size and volume of the country’s population. This makes India the major untapped growth market for American Tech-Giants like Google. Rural India’s digital potential have seen a substantial increase with various plans like Digital India in place that aims to make India a digitally empowered country in the field of technology.

What does google try to achieve through this move?

Google’s investment in India comes a month after Facebook invested $5.7 Billion in Reliance’s Jio. Google said recently, it will invest $4.5 Billion in Reliance Jio for 7.7% stake. Moreover there is so much that Google can do to harness the potential of the country, given its huge investments.

India is a naturally heterogeneous country, with multiple micro-segments among the population divided due to factors that are Economic, Social and Cultural. One size fits all isn’t the case in a country, with vast diversity. Google aims to tap the diversity of the country through vernacular products and services, tailor-made for the diversity.

Secondly, highly classified by the number of Small and Medium Scale Industries (SME’S) India, with only a handful of online payment users, gives huge potential for the development of Google’s Payment Wallet, “Google Pay” in the country. In the August of  2019, Google had set eyes on tapping over 12 million ambiguous kirana stores across India, in an effort towards empowering SME’s that can serve as the biggest market for Google’s services in the country. FDI’s that come along with investments in the country can do a heap of good to the economy by increasing employment, development of backward areas, improved capital inflow and thus stimulating the country’s economic development. These investments coming in the time of a dipping economy gives a beam of hope for India, to move towards the trajectory of growth.