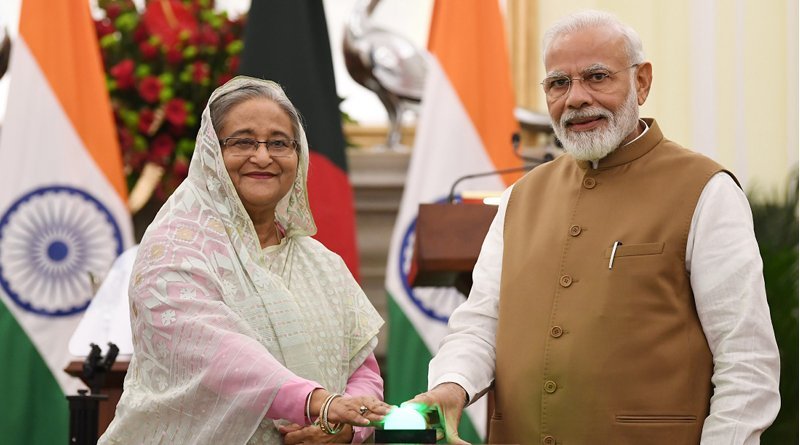 The neighbourhood has been the cornerstone of India’s foreign policy under Prime Minister Narendra Modi. This has been evident since the first swearing ceremony of PM Modi where he called all the leaders of the South Asian Association for Regional Cooperation (SAARC). The first term saw active engagement between India and the SAARC countries at the bilateral and multilateral level. India also announced the ‘Neighbourhood First’ policy showing its commitment to the region. Although, with relations going south with Pakistan, India foreign policy focus shifted towards its East. In the second swearing ceremony, Prime Minister Modi called the leaders of the BIMSTEC country clearly indicating the new priority area of his foreign policy.

This movement is set to gain momentum in the coming years as the recent geopolitics development such as coming together of QUAD countries and Indo-Pacific all set to be the new theatre of world politics. In this regard, the Bay of Bengal will become an important region which makes Bangladesh a key partner for India in its Indo-Pacific strategy. This was underscored by External Affairs Minister S. Jaishnakar  during his recent visit to Dhaka, where he said that “We see Bangladesh as a key neighbour and a valued partner not only in South Asia but also in the broader Indo-Pacific region.”

Bangladesh has been India’s key ally under its Neighbourhood First and Act East policy. During her visit to Bangladesh in 2017, the Former External Affairs Minister, Late Shushma Swaraj during her visit had said, “When we say “neighbourhood first” policy, it is “Bangladesh first” for us.” This statement was again reiterated by Foreign Secretary Harsh V. Shringla during his last visit to Bangladesh. In recent years, New Delhi has invested heavily both economically and diplomatically in Dhaka. Connectivity has been central to India’s investment in Bangladesh.  India has given loans and grants to build roads, bridges, seaports, integrated check posts (ICP), opening up border haats (along the borders).

For the realisation of the optimum potential of its Act East policy in its economic and strategic sense, Bangladesh will play a vital role. Due to this fact, India has been working towards building infrastructural connectivity between NER and Bangladesh. The focus of the government is to re-link NER with Bangladesh through road, rail, water and air connectivity.  This is the reason behind a sharp rise in the expenditure budget (actual) of the Ministry of Development of North East Region (DoNER) which has increased from 562.78 crores in 2014-15 to 2657.87 crores in 2019-20. The two countries recently inaugurated the Feni bridge connecting Sabroom in Tripura to Ramgarh in Bangladesh. In railways, out of the six pre-1947 rail-links, four have been restored and the two will be restored by 2022. An inland waterway has also been developed between Sonamura port, Tripura and Munshiganj. Both the countries are also working to double the air connectivity to 120 flights per week. Bangladesh has also offered the use of Chattogram and Sylhet International Airport, by the people of North East India and the Saidpur Airport is been developed for the use of people of the NER.

Greater connectivity between NER and Bangladesh is a win-win situation for both New Delhi.  NER is the gateway to South-East Asia. This was highlighted by Prime Minister Modi during his visit to Thailand where he said, “North East India will be the gateway to South-East Asia.(SEA)” The NER linages with the SEA will be equally beneficial for Bangladesh too. It has shown its eagerness to be a partner of the India-Myanmar-Thailand trilateral highway project in the latest joint statement issued after Modi’s visit. This linkage will open a new market for the Bangladesh jute, garment and leather export industry. It will also lead to the development of the economically backward area of the eastern part of Bangladesh. New Delhi should see this as an opportunity as now it has one more partner to help in building this project. With Bangladesh coming in, this project will surely gain the required push and lead to faster completion of this project. The linkages will also serve a strategic purpose for India as it will bring it closer to SEA countries and increase its influence in these countries.

New Delhi and Dhaka share a bonhomie relation at the top level. Prime Minister Narendra Modi visit to Bangladesh was his first foreign visit after the pandemic. The relations are set to become stronger as it is mutually beneficial for both countries. New Delhi engagements will Dhaka is all-pervasive from connectivity, culture, commerce, security, health etc. To show its commitment it attaches to Bangladesh it has gifted two million anti-COVID vaccines under its Vaccine Maitri initiative and Bangladesh is also the largest recipient of made in India vaccines.

Despite sharing close relations, there are still some areas which need to be addressed between both countries. Border killings and the Teesta water-sharing agreement are two such issues. The issue of border killing has been raised regularly by the Bangladeshi side. It was a welcome step that in the joint statement both countries agreed to have people-oriented management of the borders. The Teesta water agreement has been like the bone in the throat between both countries. This issue was also raised by Prime Minister Shaikh Hasina during her trip to India in 2019 and has been raised whenever the government officials of the two countries have met. India should finalise this agreement in a way that is win-win for both countries and put an end to this issue. The 3Cs i.e., commerce, cooperation and connectivity will be the way forward for India-Bangladesh relations. Close bilateral ties are the need of the hour for both the countries as it complements their national and foreign policy.

Alakh Ranjan has done his Masters in International Relations and Area Studies, specialisation in South Asia from Jamia Millia Islamia and Bachelors in Journalism from GGSIP University. He has also worked as Research Assistant at Centre for Land Warfare Studies (CLAWS) and as Young Professional on politics and foreign policies of Nepal and Bhutan at Vivekananda International Foundations (VIF). His research focuses on Soft Power Diplomacy and Indian Foreign Policy in the Neighbourhood.