Waves of Nationalism in Bangladesh: Retribution for Prime Minister Modi? 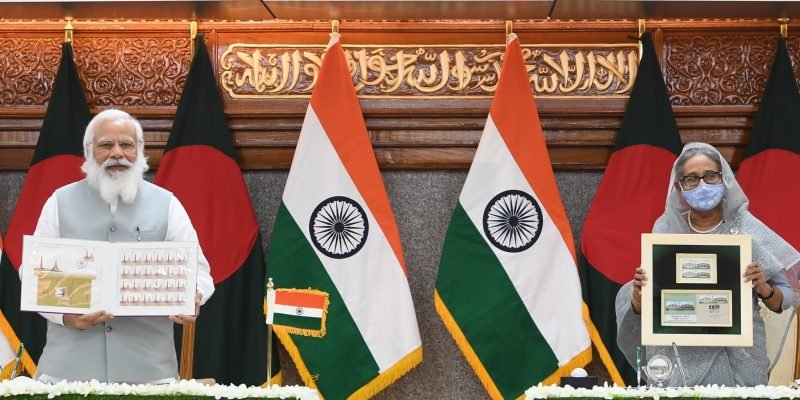 Nationalism has taken a big stride when it comes to the politics of any nation. Be it in the West or the East, every country and their individual differs where nationalism must stand and mean to them. However, given the critical scenario whereby this term is coined once in a while to detest a particular individual’s allegiance to the particular agenda questions directly where they stand on the whole nationalism pedestal. Rabindranath Tagore, one of the greatest poet and political reformer had always been sceptical of nationalism and he argued that nationalism only allows fewer people at the top of the power hierarchy and since its colonization days, India somewhere followed the imperial’s idea of nationalism—an unfit approach to understand the indigenous people and the society they reside. But what has nationalism come to in the present context is a matter of concern because of the various intricacies and multifaceted layers attached to it. This agenda brings attention to similar events which bloomed out of this context post-Prime Minister Modi’s visit to Bangladesh, commemorating the 50th year of independence of the latter.

All eyes were on the Indian Prime Minister as he set foot in Bangladesh to celebrate their independence. India and Bangladesh have shared cordial relations and the latter has been a strategic partner to India but the recent developments concerning the Citizenship Amendment Act which was passed by the Parliament in December 2019, had left few uneased tensions between the countries, unaddressed. The Citizenship Amendment Act, 2019 caused a major political uproar within India questioning the constitutionality of the act. The protests resulted in an internet shutdown in various parts of the country alongside violence in major educational institutions of the country. Foreign partners of India were dissatisfied with the government’s inactivity to hear the people’s plea and Bangladesh was one of the countries who had spoken against it. As soon as the Act was passed, all high-level meetings planned between Bangladesh and India were halted for some time and the country’s Prime Minister Sheikh Hasina mentioned that CAA was not “necessary” for India, but left it to the Indian government to resolve its internal matter. Speaking of CAA, Bangladesh becomes an integral pawn given the illegal infiltration of immigrants into the North-Eastern state of Assam.

And precisely here, nationalism takes precedence. Prime Minister Narendra Modi made statements related to his Satyagraha arrest back in 1971 when the Liberation War broke out and India was wedged between Pakistan and erstwhile East Pakistan. The PM’s visit also marks his first foreign visit amidst the pandemic and that itself speaks about the trust and faith India shares with Bangladesh. The Prime Minister visited Tungipara, the birthplace of Bangabandhu Mujibur Rahman, who was also awarded the Gandhi Peace Prize 2020, posthumously. The Foreign Minister of Bangladesh Dr Abdul Momen, mentioned prior to the PM’s visit that the country has made the right choice by inviting him, however only a few would object to his visit. The objection was shown clearly as soon as the visit ended. The protest broke out in the eastern districts of the country, reporting deaths and injuries. The Hefazat-e-Islam has taken the centre stage for this protest showing discontent towards Bangladesh’s decision to invite a ‘Hindu nationalist’ leader commemorating their nation’s 50th year of independence. This has been termed by the international media as an ‘Anti-Modi’ protest. The group has a nationwide outreach and therefore the protests amplified quickly. Although border military forces have been deployed in certain parts, the protests have not dampened but rather have turned violent.

The discontent shown was mostly because of how the Muslim community is dealt with in India, claimed by few members of the organization. The visit of the Prime Minister is also being viewed as a tactic for vote bank politics, given the West Bengal Assembly elections and the people of the Matua community have a huge say in this. Post partition, the state of West Bengal had witnessed a huge influx of people, especially the Matuas and the winning moment for their community came as soon as the CAA was passed. Of course, religious prosecuted minorities, including the Matua community became one of the beneficiaries. This argument, too, becomes a strong and highlighting factor given the state assembly elections have begun now. However, these protests and violent outbreaks completely overshadowed the intentions of PM Modi’s visit to the country. It is disappointing to witness such events but is this retribution that is taking the centre?

The waves of Hindu nationalism in the country, since 2014 has not been an undiscussed chapter within the pretext of Indian politics and governance. The international media stating Modi as a ‘Hindu nationalist’ leader speaks of the fact that he is being perceived in this manner and this does not highlight many secular trends for India being a democratic country. The upsetting events that have unfolded in Bangladesh point inordinately towards the unimpressive charisma that Modi could not portray the democratic ideals of India in a foreign land. India and Bangladesh have few problems spread over land and water, the Teesta river dispute being one of them but the unsettling event would require swift action from the country. Prime Minister Modi’s visit is being scrutinized now as a mere diplomatic visit turned into a political play for some. Nationalism per se must not corrupt the strengthening core of any democracy and this whole wave of nationalism would end up being hollow if the fundamental principles of the state stand disrupted.