Of the North Stream 2 and Trans-Atlantic Esteem, too 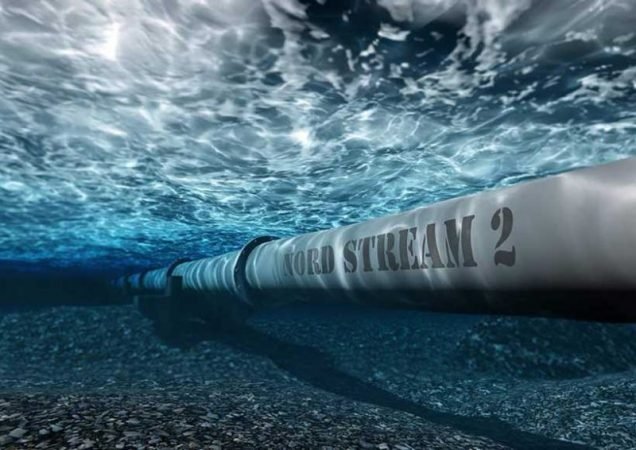 On the historic date of March 08th – International Women’s Day, a large number of international affairs specialists gathered for the second consecutive summit in Vienna, Austria. This leg of the Vienna Process titled: “Europe – Future – Neighborhood at 75: Disruptions Recalibration Continuity”. The conference, jointly organized by the Modern Diplomacy, IFIMES and their partners, with the support of the Diplomatic Academy of Vienna, was aimed at discussing the future of Europe and its neighbourhood in the wake of its old and new challenges.[1]

Along with the two acting State Presidents, the event was endorsed by the keynote of the EU Commissioner for European Neighbourhood and Enlargement, Excellency Olivér Várhelyi. One of the most anticipated talks was grouped around Panel III: BREXIT AND FUTURE OF CROSS-ATLANTIC RELATIONS. Senior researcher and geoeconomics specialist from Berlin, Matthias E. Leitner, elaborated on the New Perspectives on Geopolitics and European Energy Transition, as follows:

I chose the topic of North Stream 2 since it is very timely: project completion coincides with the waning of the “Golden Age of Gas”. In a wider geo-political and geo-economic perspective, it is helpful to remind ourselves that current polarization surrounding the mega-project is not so helpful. Are we having the right conversation about North Stream 2?

In fact, I propose that the huge challenges of European energy transition and digital transition require a wider perspective. The continent’s gas supply does not depend on Russia alone. Germany’s opportunities from utilizing North Stream 2 in the diversification of the European energy mix are a case in point. For a few years now, the unquestioned “western energy community“ from the postwar era is replaced by more competitive relations between gas producers and consumers globally, including (but not limited to) the U.S. shale gas bonanza.

Looking at this new interplay of interests amidst global challenges such as climate change holds the clues for a new dialogue on energy security and sovereignty. This dialogue, I would like to argue, could be more democratic and oriented at shared challenges, instead of exclusionist political and commercial views.

Crispation of Positions around North Stream 2

Hardly any infrastructure project on the European continent has been more controversial than North Stream 2. Debate has intensified and created “more heat than light” and I would not like to go into all the details here. There has been a flurry of reactions as the 1,230km long pipeline is about to be completed. It will double the Russian gas supply to Europe to 110 BCM.

The Project launched in 2015 became a convenient political punching ball in German domestic politics, between EU Member States especially in eastern Europe, and in the context of changing transatlantic relations. There is little shared understanding of the “Energy Sovereignty” concept and aligning with the European Energy Union. Fears of Ukraine becoming more exposed to Russian strong-arming have aggravated these tensions.

North Stream 2 was placed under U.S. extraterritorial sanctions, which generated a flurry of reports and corporate/ government evasive actions.

I would like to recall that the fundamentals for Europe’s global positioning industrial development between the U.S. and China lie beyond North Stream 2. The new EU Strategic Foresight Report of October 2020 focused on the EU dual transition (digital and green energy) and China as systemic rival. The EU is keenly aware of its need to secure critical raw materials for the new green economy.

Top EU officials are clear about using a three-tier approach against Russia, instead of blanket economic sanctions: push-back against violations of international human rights norms, robust response to cyberattacks/disinformation, while preserving a modus vivendi in areas of shared interest or “limited engagement” which includes energy supply flows. Responding to Russia’s breach of legal certainty and procedures in the Navalny Case, the EU Council applied a new global sanctions regime against Human Rights violators for the first time in late February 2021.

I would like to note that Germany can benefit from the larger Russian gas flows as a regional hub for distribution, minimizing transit risks and creating industrial synergies. Gas experts point to possible solutions which facilitate the phase-in of renewables. Germany’s declared exit from coal and nuclear energy in 2022 is not far away. Therefore, gas provides a convenient substitute in the short run and offers “cleanest in quantity”. Nurturing mutual interdependence through ‘compartmentalization’ in energy versus security policy has been Germany’s underlying principle since the North Stream 1 Pipeline was opened.

EU goals of climate adaptation under the Paris Agreement by 2030 (and reaching net zero emissions by 2050) will require a monumental restructuring in the energy sector. In any future energy mix, LNG imports are also an option.

Even a more modest post-Pandemic economic recovery in the EU compared to the U.S. might depend on reliable energy supply in the form of gas. Ultimately, lasting changes in emission levels depends on changing consumption patterns throughout the economy, requiring broad systematic education in consumer habits.

The EU also receives gas from Azerbaijan via the Southern Gas Corridor (SGC) and its three trunks via Anatolia in Turkey and through the Adriatic to Greece, Albania and on to Italy. Although these gas volumes are smaller (31 BCM annually), some 10 BCM of gas are destined to southern Europe. I would draw your attention to the fact that Azerbaijan is also both gas producer and operator like Gazprom in North Stream 2. European credit financing was made available for the SGC project.

Together with Turkey’s ambition to become an “Energy Bridge” between Asia and Europe, Russian and Central Asian gas is set to become a fixture in some southern European countries. However, other more complex gas schemes involving Turkmenistan (the world’s largest holder of known gas reserves) and branch lines from Iranian gas fields have not materialized so far for a variety of reasons.

In the age of waning gas, a tendency to inter-link energy and political geostrategic and geoeconomics considerations has crowded out other approaches  among technocrats and energy experts. Energy links have become echo chambers of Cold War paradigms, often  without full understanding of new global developments. Conversely, far less attention has been given to transparency over mitigating the environmental costs, educating the end-users about the transition to a new economy.

Democratizing the discussion and establishing dialogue among labor unions and consumer associations, scientists and climate experts on gas supply, storage and conservation might be  possible. I would argue that this can provide confidence building as well as prevent instrumentalizing energy links in the short term. In a pan-European setting, the OSCE is well placed to intensify such dialogue. Under the OSCE approach of comprehensive security, this has been on the a in Vienna where we are speaking todaysince 2006.

People-to- people contacts in transboundary energy flows would help address misperceptions between major gas import and export countries. Additionally, relevant labor safety and employment standards in gas industries could be boosted in cooperation with UN Agencies such as ILO. I would like to conclude by mentioning that a common interest in upskilling the energy workforce in Europe and its neighborhood could benefit from such an initiative , which creates resilience to the huge challenges ahead in energy transition and digital transformation.

Matthias E Leitner, Senior Adviser/ International Coordinator with ICSVE Center Washington, DC (USA), Berlin-based Matthias Ernst LEITNER has over 20 years’ experience in international peace and security, mainly in UN and regional peace operations across Africa and in the Middle East. His professional focus is on governance/ accountability, national dialogues and coalition building as well as on project development for preventing violent extremism and radicalization. Mr. Leitner has held senior management positions with UN Special Envoy Offices. His ongoing interest is in UN reforms, peacebuilding and innovative approaches for resilience to the C-19 pandemic. His academic background from Bonn and Oxford Universities is in languages and history.