Reopening of Permanent Indus Commission and the Ameliorating Indo-Pak ties 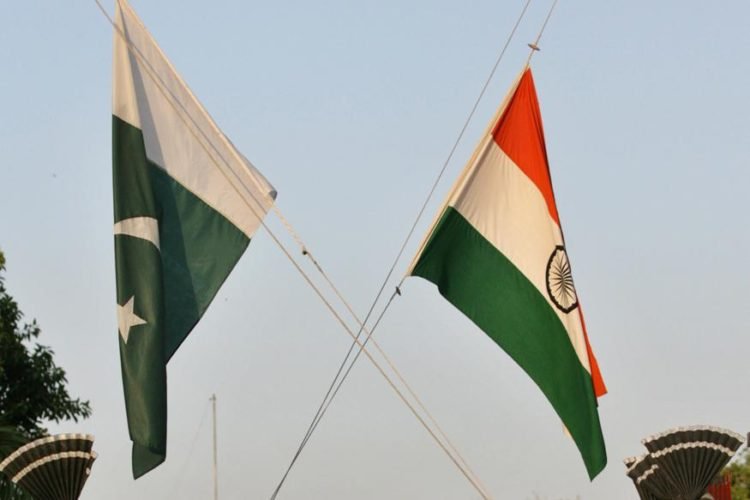 On 22nd March 2021, a delegation of Pakistani officials arrived in India for the 116th round of the Permanent Indus Commission amid the wider normalization of ties between the two countries. The meeting also coincided with the National Day of Pakistan and after the conclusion of the first day’s meeting, Prime Minister Narendra Modi and President Ram Nath Kovind greeted their counterparts in Pakistan on their occasion of National Day.

Indus meeting after a long halt

The two-day long meeting of the Permanent Indus Commission which took place in New Delhi can be seen as a sign of reproach. The Indian delegation was led by Indus Waters Commissioners Pradeep Kumar Saxena who was joined by his advisor from the Central Water Commission, the Central Electricity Authority and the National Hydroelectric Power Cooperation; Pakistani delegation was led by Pakistan’s Commissioner for Indus Waters Syed Mohammed Mehr Ali Shah. This meeting took place after nearly two and a half year, the last meeting of the Permanent Indus Commission was held on 29th August 2018. This meeting between the two rivals after two and a half years of halt centred around the water rights.

Under the Indus Waters Treaty signed between India and Pakistan in 1960, all the water of Eastern rivers, such as- Sutlej, Beas and Ravi which amounts to around 33-million-acre feet annually is allocated to India for unrestricted use. Similarly, the Western rivers such as Indus, Jhelum and Chenab which amounts to 135 MAF annually has been almost assigned to Pakistan. Indus river, which is one of the world’s largest river along with its tributaries feed 80 per cent of Pakistan’s irrigated agriculture.

The meeting revolved around India’s right to generate hydroelectricity through a run of the river projects on the Western rivers and Pakistan’s objections on the technical designs of India’s planned PakalDul and the Lower Kalnai hydroelectric projects in the Chenab river which would disturb the flow of water downstream. Even though India has the right to generate hydroelectricity through projects in the Western rivers, still this right is subject to some criteria for design and operation. At the same time, Pakistan also has the right to raise objections to the design of the Indian hydroelectric projects on Western rivers. Through the water-sharing talks, both sides are expected to narrow their differences over the hydro-projects.

The bilateral relation between the two rival countries, India and Pakistan has seen a positive movement since last month when Indian and Pakistani armies recommitted themselves to the 2003 ceasefire on the Line of Control in Jammu and Kashmir. This step can be seen as a sign of rapprochement in Indo-Pak relation which has been frozen since the 2019 suicide bomb attack in Indian-administered Kashmir, according to New Delhi the attack was backed by Pakistan. And thus, in the latter half of 2019 New Delhi decided to strip the disputed region of its constitutional autonomy.

Recently, Foreign Secretary Harsh Vardhan Shringla also expressed India’s desire to have good neighbourly ties with Pakistan and its commitment to address issues bilaterally in a conducive atmosphere but he also mentioned that the onus is on Islamabad to create such an atmosphere. The relationship between the two countries worsened after India withdrew the special status of Jammu and Kashmir and bifurcated the state into two UTs in 2019.

India and Pakistan, both have close ties with the United Arab Emirates. UAE has been playing a vital role in connecting India and Pakistan through back-channel negotiations. It is also suspected that the UAE may have played a secret role to achieve detente. Before also it was alleged that it was the UAE-brokered talks that led to the agreement last month to stop the firing along the Kashmir border.

The letter of rapprochement to India-Pak ties

The 116th round of the Permanent Indus Commission coincided with the National Day of Pakistan. On this occasion, PM Narendra Modi wrote a letter to congratulate his Pakistani counterpart PM, Imran Khan. He expressed his desires to have cordial relations with Pakistan. The letter can also be seen as a huge part of the normalization step taken by the Indian government.

High Commissioner Aftab Hasan Khan Charge’d Affaires on behalf of Pakistan expressed Pakistan’s desire to have friendly relations with all countries including India. For attaining peace both countries should resolve all outstanding issues. Thus, the steps taken by both the rival countries to improve the relations among themselves has accelerated the process of normalization of bilateral ties between the two neighbours.