Takeaways for India from the Chinese escalation and de-escalation events 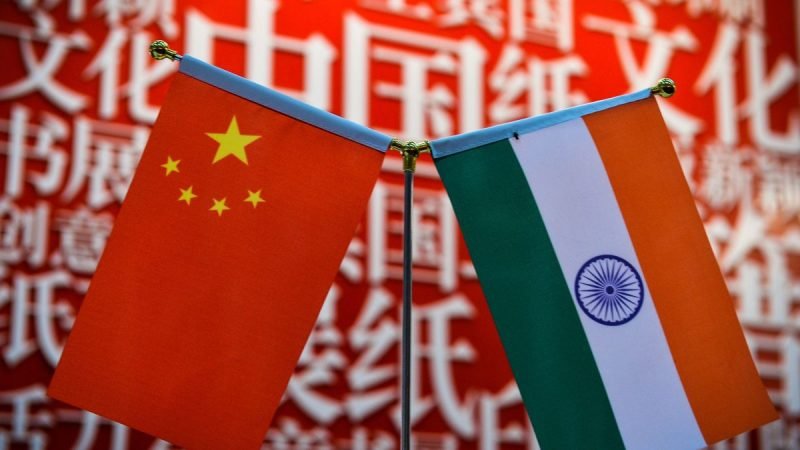 When the world was fighting with a common enemy Covid-19 in which India and China also participated. In fact, both joined hands at this front but at the borders, the situations were quite different. Both have gone through terrific struggle after long years. At the beginning of April 2020, China sends a large number of troops to the disputed Line of Actual Control (LAC) in eastern Ladakh and other areas along the 3,488 km LAC. The People’s Liberation Army (PLA) moved into the Indian Territory and built fortified structures and defences, changing the status quo on the ground. It led to stand-offs and resistance at the areas of Galwan Valley, Pangong Tso and Gogra-Hot Springs.

PLA troops moved up to Finger 4 from Finger 8, and then a major clash occurred on the night of May 5, which resulted in injuries and casualties to both Indian and Chinese soldiers. On the north bank, India’s perception of the LAC lies at Finger 8 and the Army regularly carries out patrols till there, which were blocked as a result of the Chinese aggressiveness.

Later on, at midnight of May 9, clashes were reported at Naku La in North Sikkim. India responded by mobilising additional troops and equipment to match the Chinese build-up. Since then, several friction points emerged in eastern Ladakh and both sides initiated diplomatic and military talks aimed at disengagement and de-escalation, with India pushing for the restoration of status quo ante of pre-April 2020.

India and China later in February 2021 announced an agreement for disengagement on the north and south bank of Pangong Tso to cease their forward deployments in a phased, coordinated and verified manner that will substantially restore the situation to that existing prior to commencement of the stand-off last year.

But now it’s time to analyse, what India should learn from these events as India can’t afford such adventures. A lot of time and resources go waste in managing this menace. India needs to revive its policies to counter China in the upcoming future and get away from the yearlong problem.

Chinese patterns of provocation have endured for over five decades and efforts at palliation mitigating tensions without curing the root of the problem have remained cosmetic too. It has always been an unpredictable chess game for India. China’s official foreign policy doctrine says that Beijing “does not participate in the arms race, nor does it seek military expansion. China resolutely opposes hegemonism, power politics, aggression and expansion in whatever form, as well as encroachments perpetrated by one country on the sovereignty and territorial integrity of another, or interference in the internal affairs of another nation under the pretext of ethnic, religious or human rights issues”.

But on the ground, the reality is that China does the exact reverse of what it says in its so-called doctrine. And this has all proven by the events of Ladakh, Doklam and Sumdorong Chu standoffs. And unfortunately, India has not learned much all these years. Now it’s time for India to relook and take to see things from a different perspective. China has a habit of backstabbing. On one side it welcomes the “Wuhan Spirit” and on the other side it’s PLA encroaches the Indian borders.

Line of Actual Control (LAC) is unmarked and there have always been some forceful instances when Army from both sides have heated arguments over this issue. But it never uplifted from the arguments to the hand scuffle or bullets before Ladakh. Now the situations have transformed, there are weapons which were used to overpower another side, are not less than any automated gun.

In 1913, the British-Indian government had called a tripartite conference in which the boundary between India and Tibet was formalised. But this boundary was declared as disputed by China in 1957. Later on, China occupied Aksai Chin and build a road through it. This episode finally erupted into the border war of 1962.

The rapprochement between both the countries in 1976 enabled them to initiate high-level talks in 1981 to find a solution for this extreme problem. In 1988, former Prime Minister of India Rajiv Gandhi visit to China and formation of Joint Working Group (JWG) to the 1993 agreement on the maintenance of peace and tranquillity along the line of actual control and then several other talks between the special representatives from 2003 and 2009 nothing concrete came out. Recently, India has appointed NSA Ajit Doval as the special envoy, which shows that India still want to ensure peace at LAC but New Delhi need to take serious actions to avoid any further misadventures at the border.

New Delhi needs to work more robustly on the political front as well. China have a habit of sparking the domestic issues in other country and use them in its favour. China has tried to take advantage of the Citizenship Amendment Act (CAA) protest and ongoing Farmers Protests.

Several cases of spying and state-sponsored cyber-attacks have increased in recent years. Where it tried to put top officials and leaders on surveillance. And recently there are reports of Chinese cyber-attacks on India’s power grids.

China is playing every tactic to win this undeclared war. Economically India is on its way to becoming a five trillion economy but there are still many instances where China is ahead of India, like the manufacturing one, which is ruled by China at this time. It has been more than five years since India launched the Make in India initiative. But still, a lot more is left to be achieved

India’s dependence on imports is getting reduced but there are very fewer countries from which India is sourcing its important imports. For example, critical medical supplies which India has been importing for frontline healthcare workers in the COVID-19 battle, most of them come from China. China is one of the top sources for Pharmaceutical Active Ingredient (PAI). It’s going to be a difficult choice for India to get out of this dependence and search for alternative partners. But India also needs to become self-dependent as it will help India not to do any compromise.

India’s approach to the Quadrilateral consultative forum, which comprises Australia, India, Japan and the United States, is a statement of New Delhi’s plural foreign policy arch in an evolving Indo-Pacific construct. The first meeting of the head of the Quad leadership took place virtually on 12 March recently. Balancing China’s growing outreach with the Indo-Pacific region while concurrently affirming bilateralism with Beijing explains India’s strategic autonomy and pluralism in its foreign policy. But it needs to be more robust.

The government change in the U.S. should not impact the way India deals with these powers. This does not suggest India is engaging in a China-containment strategy but rather denotes New Delhi’s strategic outreach to position itself better in a liberal order framework. And that is all that required in the present times. Here, India can protect its maritime interests Indian Ocean Region (IOR), which is also a major concern.

It is said that one can choose its enemies but not its neighbours. There is one of the famous sayings that ‘to defeat someone, make their neighbours as your best friend’. China is working deliberately in this direction. Pakistan has already been in the hands of China. But now it has now impacted the International affairs of Nepal, Sri Lanka and Bangladesh as well.

A report says that out of the $95 million Foreign Direct Investment (FDI) pledged to Nepal during the first quarter of this year, $88 million was by China. Additionally, Beijing is funding key infra and energy projects in Nepal. China is making ports in Sri Lanka and that can pose a challenge to India in the coming future. New Delhi needs to take these steps seriously.

The acute shortage of infrastructure financing makes Afghanistan an ideal candidate for Chinese investment. Significant initiatives comprise – The Five Nation Railway Project (TFNRP), operationalization of Nantong-Hairatan railway, Kunduz – Torkham railway, Fibre optic link through the Wakhan corridor. China has also demonstrated an appetite to engage in the Afghan peace process. And India needs to create new opportunities do that China could not utilise the land and politics of other countries against India. Now the things have changed and loss due to these scuffles cannot be replenished.

India’s External Affairs Minister Jaishankar met his Chinese counterpart Wang Yi in Moscow where they agreed on a five-point resolution to take forward the talks. China must have looked at these changes and fine-tuned its foreign policy according to the new circumstances. However, it would be no good to expect a major transformation in what China has been pursuing all along – military manoeuvres through territorial disputes. Where it is trying to stretch its arms from the heights of the Himalayas to the great expanse of the Indian Ocean. But China should keep this mind that this is New India and things have transformed a lot here as well, now no hegemony can sustain.