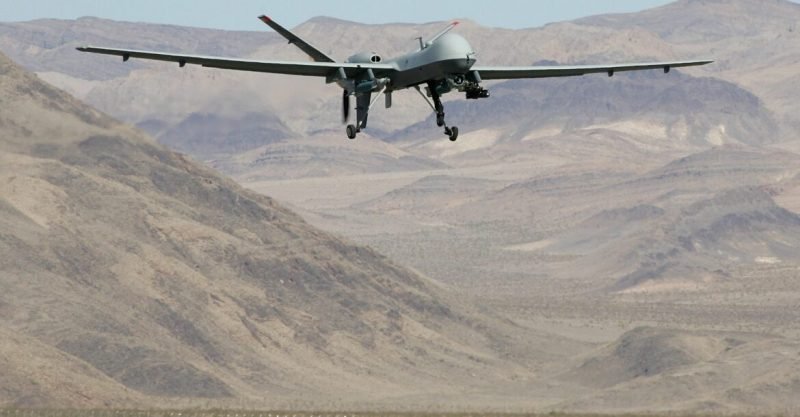 India-US bilateral relations on defence security cooperation has been making remarkable progress, impacting regional security in South Asian countries, especially China and Pakistan. Recently, India decided to purchase 30 armed drones from the United States of America to boost its sea and land defences as tensions persist with its neighbours, China and Pakistan. The $3 billion purchase of 30 MQ-9B Predator drones manufactured by San Diego based General Atomics will be approved next month. This deal will expand India’s military capabilities in the region and will help India to counter China and Pakistan in the region if the tension continues to persist.

The purchase of the 30 MQ Predator drones will add to India’s military potential as the drones which India has been using till now were only compatible for surveillance and reconnaissance. The MQ-9B drones can fly for about 48 hours and can carry a payload of about 3,700 pounds (1,700 Kilograms). Even though the disengagement between Indian and Chinees troops has started at the LAC, tensions persist between the two states. Hence, the purchase will give the Indian Navy and Army the ability to better monitor Chinese warships in the Southern Indian Ocean and will help in monitoring the Line of Actual Control.

The purchase will also help the India Army to engage targets along the disputed India-Pakistan borders in the Himalayas, as the tensions persist along the LOC. India leased two unarmed MQ-9 Predators from the US last year when the border tensions with China threatened to spin into a full-blown conflict but the drones were not deployed after the Indian Air Force expressed apprehension about the drones produced by the US.

When the US removed the sanctions on India for Nuclear testing in May 2018, defence-security cooperation between India and the US has made astounding progress. India and the US signed Joint Declaration on Civil Energy Cooperation through which India got nuclear fuel and technology support to develop civil nuclear energy which in turn opened the door for India to develop their nuclear weapons and improved military capabilities. After the removal of sanctions, the two nations have cooperated in many defence activities such as expanding arms sales, strengthening military staff exchanges and intelligence, joint military training ballistic missile defence and loosening two-way technology exports.

Recently, on 27th October 2020 2+2 Dialogue took place, a significant step to promote the bilateral relationship between India and the US. In the dialogue, India and the United States exchanged a vision of free and open Indo-Pacific, embraced peace and prosperity, promoting rules-based order with the central role of ASEAN, resolving disputes, ensuring the economic and security interests of all related parties with a legitimate interest in the region. The 2+2 Dialogue also focused on defence-security cooperation, India and the US signed the Basic Exchange and Cooperation Agreement (BECA).

The BECA is one of the four basic agreements that a country needs to sign to become a major defence partner of the US. The other three agreements, the General Security of Military Information Agreement (GSOMIA), Logistics Exchange Memorandum of Agreement (LEMOA) and the Communications Compatibility and Security Agreement (COMCASA) have already been signed by India. These cornerstone agreements allow armies of these two countries to fight together if a conflict arises and hence India has benefitted a lot from these agreements. In specific, BECA was beneficial to India, as it gave India access to accurate data, topographic images, maps, maritime and aviation data and satellite data on a real-time basis from US military satellites. And India’s signing of BECA last year during the border clashes between India and China can also be seen as a strategic response to Chinese threats.

The India-US bilateral relationship is strengthening on the lines of defence security cooperation, both countries have worked together in fields of maritime defence and security, nuclear technology and anti-terrorism not only at the regional level but also at the global level, which in turn has intensified the bilateral relationship between the countries. The US has been willing to make India its ally in the Indo-Pacific region to counter China’s growing influence in the Indian Ocean and Southeast Asia and this partnership will ensure its maritime security and interest along with the huge commercial arms market for the US.

India was in urgent need to increase its military strength to watch out for China and create pressure on Pakistan due to the persisting tensions with these countries along their borders. Thus, India’s emergence as a strategic defence partner for the US will benefit it to heighten its position in the region under its strengthening bilateral relations with the US. This strengthening bilateral relationship between India and the US that includes personal ambitions from both sides whether India’s comprehensive diplomacy or the US’s regional strategy, will benefit both the states mutually.

The signing of BECA by the South Asian nation has institutionalized the Indo-US strategic partnership. Without officially becoming an ally, the two countries can still cooperate intensively on strategy and military as evident by the current exchange of military equipment. India has spent more than 15 billion USD to purchase US military equipment because of its transparent pricing, simple operation and maintenance which reduces reliance on Russia for weapons. The Indo-US defence-security partnership is at its peak and is likely to develop further. The relationship is mutually beneficial to both parties and can also have profound effects on the South Asian regional security environment.